Kelly, one of my distributor reps when I was a Safeway wine steward, used to quote that axiom to me often. Usually, it would come in response to my grumbles about how boring the displays were with the planograms featuring the same old California and Columbia Valley wines. I was young in my wine career with a lot still to learn about the business of selling wine. One of the lessons I had yet to grasp was that no matter how passionate and enthusiastic I was, there are some consumers who just can’t be bothered with the geeky stuff. For them, geeky meant confusing and that was a nonstarter.

I thought about Kelly’s axiom while reading Sean Sullivan’s Wine Enthusiast report on Washington State’s newest AVAs–The Burn of the Columbia Valley and White Bluffs. It’s been two years since I had left Washington and this will be the 4th new AVA established in that time–bringing the total up to 18.

And while that’s still behind Oregon’s 21 AVAs and a far cry from the 141 or so in California, I can’t help but wonder if the only worth of these new AVAs is as fodder for flashcards.

Pour one out for the website designers of online retailers trying to figure out how to make the Search function less beastly and confusing for consumers.

Now, don’t get me wrong. I get terroir and love digging into the nitty-gritty details that make all these AVAs unique. But I’m a geek, the kind that would add Chiles and Wild Horse Valleys to Kelly’s axiom.

However, I reflect such a small percentage of consumers that shop in specialist wine shops, much less the supermarkets that make up the bulk of wine sales.

Yes, there is the expectation that with higher wine education (those collectors who know Oakville), you get a higher spend. I can empathize with wineries who hope that more defined sub-AVAs give them unique selling points to appeal to those consumers.

The sum of the many, many parts doesn’t always help the whole.

Sullivan, noting the potential for confusion, highlights in his article that some producers feel that more AVAs may “…also increase awareness of Washington wine more generally.” I disagree and counter by asking you to look at my paragraph above with the many mountain AVAs. How many of those can you peg as being from Washington State? (Hint: There are 3)

Chances are, you fall into the Wine Professional-Wine Geek range. Now think how likely anyone in the wine drinker-lover-collector triumvirate will know?

More importantly, how many do you think would care enough to know that a __________ Mountain AVA wine is from Washington State?

Now, of course, just because an AVA exists, doesn’t mean it has to show up on a label.

This is another point that Sullivan makes noting that many Washington wineries will likely continue to use the broad Columbia Valley designation on their labels. Beyond giving more flexibility for blending, it’s also much more marketable and well known.

Likewise, regions like Napa Valley and Sonoma County have long used conjunctive labeling–with the broader region like Napa or Sonoma appearing along with the smaller AVAs. That’s smart business and I don’t doubt that at some point in the future, both Washington and Oregon adopt similar approaches.

But that still begs the question–who benefits from all these AVAs? It’s certainly not the vast majority of consumers for whom the massive wall of wine is only getting more mountainous.

Is it the growers who could potentially get more money for their grapes from a smaller AVA? Perhaps.

Is it the wineries with a unique selling point? Maybe. But if you end up having to side strap a larger, more well-known AVA to help spread awareness, is that selling point really that unique?

It’s hard to see who really benefits from the avalanche of AVAs. But all I know is, I’ve got to update my flashcards.

Let’s nip something in the bud right now. Whether you want to call it varietism or whatever, do not be the jerk who wants to equate people disliking a grape with being “…the enological equivalent of a wine racist.” 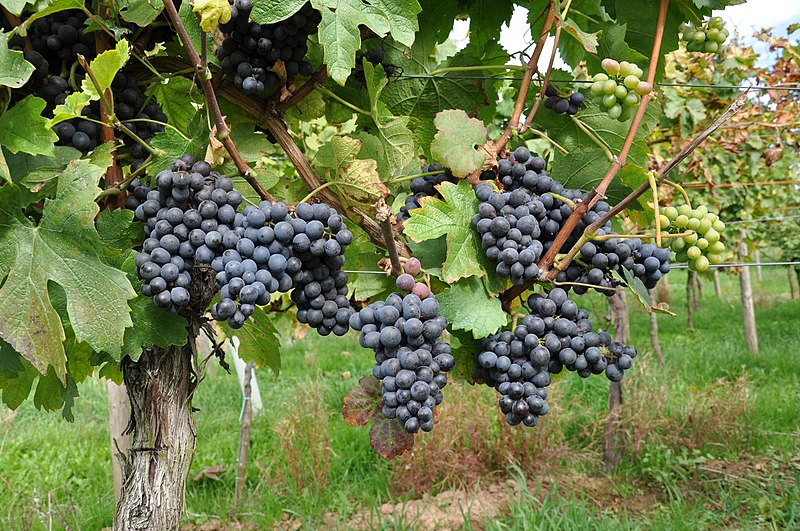 I really can’t fathom what was going through the mind of Californian & South African wine producer Dave Jefferson when he decided to blow that dog whistle in his spat with Wall Street Journal wine writer Lettie Teague.

Note: the editors have since changed the wording to “wine bigot” which, as any LGBT person will tell you, isn’t much better.

You can try to work through Jefferson’s whole tirade against Teague, bizarrely published by Wine.co.za, but it won’t make any more sense. Though Denzel Washington will make an out-of-the-blue cameo just to add some more WTF-ery.

Alas, Jefferson’s debased defense of Pinotage’s honor isn’t the first and, fretfully, won’t be the last appropriation of the seriousness of racism for the silliness of being offended at what other people like or don’t like to drink. Last month, during the marketing holidays of Sauvignon Blanc Day and Chardonnay Day, social media spats erupted over whether distaste for New Zealand Sauvignon blanc or oaky, buttery Chardonnay were examples of “varietism.”

Give me a break!

I know your reaction is probably to roll your eyes and wave away such nonsense. I get it; mine was too. But there is a real risk in letting this continue unchecked. When we anthropomorphize the “struggles” of wine grapes with the language of racism and bigotry, we’re not just creating a false equivalency–we’re diluting it.

We’re desensitizing the sting and meaning of the words racism, racist, bigot and bigotry. These words are supposed to hit hard because the pain inflicted by racism and bigotry hits harder. And for an industry still reckoning with its diversity issues, we can not let this dilution slip into our language.

Being “racist” or “bigot” because you don’t like a grape isn’t a thing.

But being a jerk who dog whistles about it certainly is a thing.