How should the wine industry respond to Texas’s new abortion ban?

Should consumers and buyers avoid purchasing Texas wine? Should tourists thinking about visiting cross it off their list? (Considering the state’s COVID situation that might be wise for a multitude of reasons.)

What about the wineries across the globe, from California to Australia and Europe, long attracted to Texas’s sizable and growing market of wine drinkers? Should they tell their wholesalers or importers to stop knocking on the door of Texas’s numerous steakhouses?

How about the sommeliers and other industry wonks who descend every year (pandemic permitting) to the TEXSOM conference and wine awards? With the next conference coming up soon in November, their various social media channels have so far been quiet about the storm brewing in their backyard.

And for those of us in the wine media, there could be a lot of personal dilemmas if next year’s Wine Media Conference, ran by Zephyr Conferences, ends up being in Texas Hill Country. Same with the upcoming Slow Wine tour.

What should the wine industry do? More importantly, what are you going to do?

Because for all but the most polarized among us, there aren’t easy answers. You can’t say simply “Oh I’m Pro-Life so I’m going to support Texas” or “I’m Pro-Choice so boycott.” Just as people’s own views on abortion and choice are often nuanced, so too are the many factors at play in how the wine industry should respond to Texas’s abortion ban.

While clearly stating his stance, Dennis Lapuyade of Artisanswiss help push this conversation forward with a recent tweet.

I got a lot of pushback for suggesting Texas wine should be boycotted. I understand that many are disgusted with their state government and shouldn’t be punished but the current situation is untenable. An all-out economic boycott is a legitimate response to medieval decrees.

In the thread that follows, there are a lot of good points made by others about the value of boycotts in general and the merits of “punishing” people for the actions of state representatives that they may not even support or voted for. Whether you agree or disagree, those are points worth discussing.

Can you dismiss boycotts as ineffective or “performative outrage?” 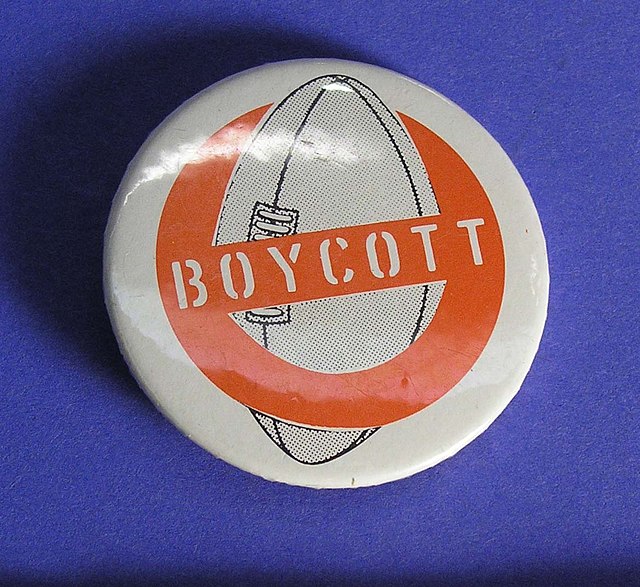 For every history-making example of the Montgomery bus boycotts and actions against apartheid, there are dozen more Chick-fil-A, SoulCycle, Keurig, Nike and Pepsi boycotts that went nowhere.

However, at the heart of every call to boycott, regardless of the cause, is a fundamental desire of people to want to do something. To find some way to get their voices heard. It is in our nature to chafe at feeling powerless and so the call to simply act, and not stand on the sidelines, resonates deeply.

The wine industry is not immune to those impulses and, if anything, the experiences of the past months, years and decades have only enhanced their resonance.

From Black Lives Matter to economic equity and the climate crisis, that chafing against accepting powerlessness will only grow stronger. That urge to speak out and be heard will only echo louder. So despite how uncomfortable these conversations may be, we have to have them. We have to participate. We have to acknowledge the voices speaking, engage them and listen.

But for the pro-boycott crowd, there is a crux in the harm that small businesses could see.

This is particularly sharp during a time when many restaurants and wineries are still trying to recover from the COVID crisis. Everyone wants to support small businesses but how do we juggle all these good intentions?

Sure, you can try to avoid compounding the injuries to the “innocent” by interrogating every Texas winery, restaurant, tour operator and hospitality venue you do business with about their personal politics and stance on abortion. But who wants to actually do that?

For as uncomfortable as the questions about the wine industry boycotting Texas may be, the prospects of sitting down with people to have a sincere and productive conversation about abortion and politics are beyond pale. These are conversations that few want to have with answers that likely even fewer, on either side of the issue, want to hear.

That’s because it’s hard to talk about this without losing the nuances.

The nuances that shape our perspectives and keep us from being robotic or polarized. The very nuances that make us human.

It is the saddest irony that a topic about human life and choice encourages so many to choose to look past the humanity of each other.

Still, that doesn’t mean we can give up. Do nothing. Stay silent. Reality and the world around us won’t let us sit on the sideline and hope that “the messy stuff” will pass.

As an industry, we need to have these conversations about what’s going on in Texas and how each and every one of us is going to respond to it. Folks will plant their flags and have their reasons. Others will support or oppose those reasons.

I just hope that in all of this we don’t overlook and neglect those nuances.

Should the Wine Industry Boycott Texas?