I’ve been working with Kenneth Friedenreich on his follow-up book to Oregon Wine Country Stories about the Stags Leap District. He’s been sharing some of his drafts on the prologue and, not to spoil anything, he includes a remarkable moment we had on our research trip watching a hawk swoop down into the vineyard to pluck a vole out amongst the vines. 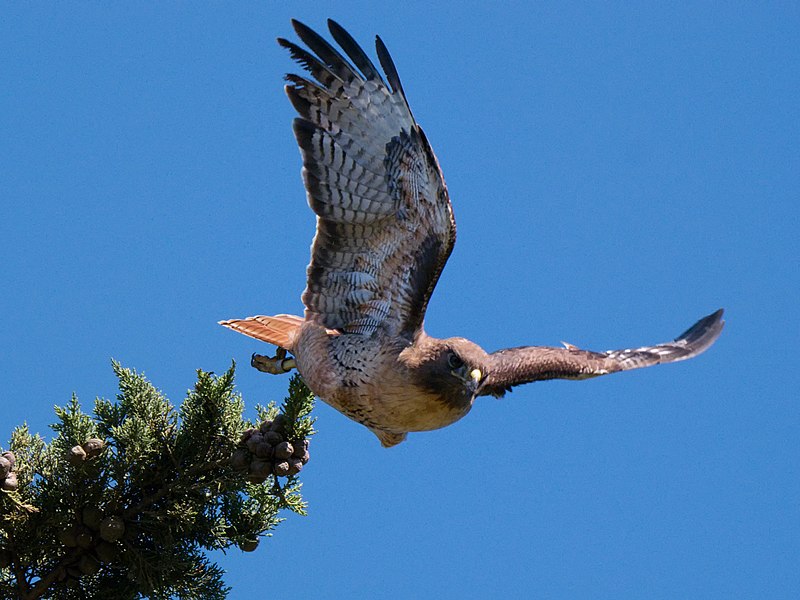 Friedenreich expands on this imagery as a metaphor for many of the themes that he’s weaving into the SLD book. But reading his prose and recalling my memories of watching the cold realities of nature in action,  reminded me of Lisa Perrotti-Brown’s article last year for The Wine Advocate called “The Big Parkerization Lie.”

Now I’m not going to rehash the old Parkerization debate or drill deep into this article. But the image of the hawk and vole struck a similar chord with me as Perrotti-Brown’s three-point rebuttal of the Parkerization mythos. While I disagree with her that Parkerization is a “useful lie”, I do think people’s response to Parker (painting him as a villain) and Parkerization (This is why I’m not selling my wine!) is symptomatic of the “Nice Guy Syndrome” poking its head out in the wine industry.

No, I’m not going to make this post about sex either. Passionate winemakers working with great terroir is behind every wine on the top shelf–or so the story goes.

That’s because it’s not sex that wineries feel entitled to when they make good wine, but rather sales. There is a sentiment that if you have great land, work it diligently and put your passion into making wine that it’s going to sell. That it should sell.

And if it doesn’t? Well someone is to blame. From wine critics who promote particular styles of wine to distributors and gatekeepers with a stranglehold on consumer channels, they all throw up obstacles. Even pesky consumers, themselves, can be an obstacle such as those maddening Millennials turning their noses up in boredom at the old guard wines and grape varieties.

Those are all valid concerns and serious impediments that wineries do need to deal with. However, there is an even starker truth that is just as raw and stinging as watching a hawk snuff the life out of another animal.

No one needs to drink your wine. 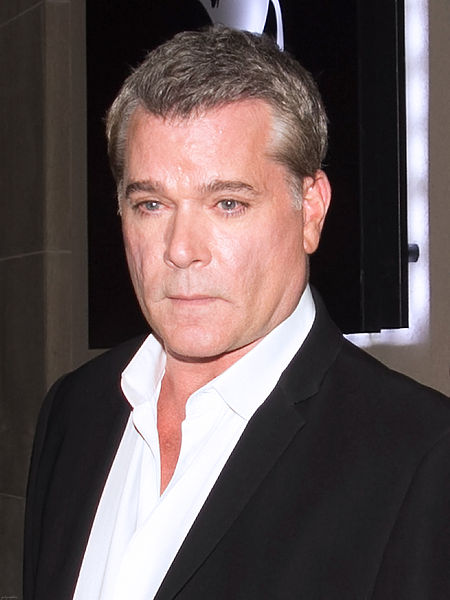 Well the actual line is “If you build it, HE will come” so maybe you can at least bank on Ray Liotta showing up at your tasting room.

The wine industry has never followed the quaint narrative of “If You Build It, They Will Come.”  You can build the best and be the best, but in the end, it doesn’t matter if you are the hawk or the vole. You stand just as good of a chance of missing out and going hungry as you do of being dinner yourself.

And, really, there’s no villain here.

I did have a Bambi “Oh My God!” moment watching the hawk snatch up that little vole. But the hawk is not a villain. Heck, from a vineyard perspective the vole is a dirty little bastard wreaking havoc among the vines. There is a reason why wineries build nesting boxes to encourage birds of prey to patrol the vineyard. 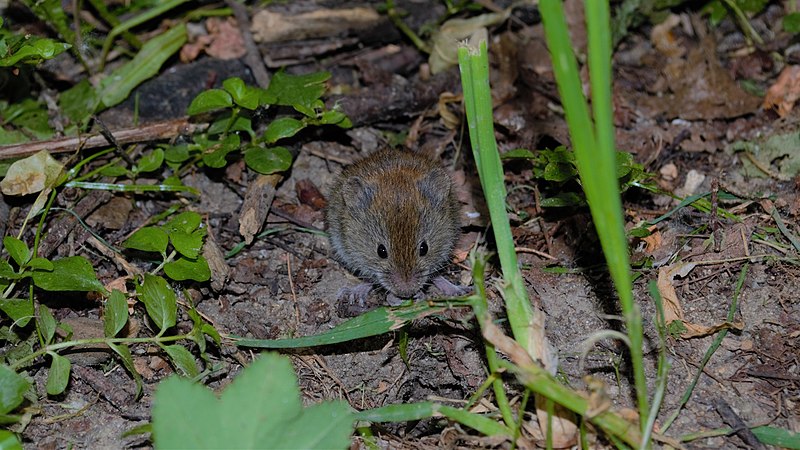 But he’s just trying to support his little vole family!

But, honestly, the vole isn’t the bad guy either. It’s just trying to survive in the environment that it was born into– a situation that humans have shaped far more than a rodent species ever could.

Likewise, critics such as Robert Parker and the frustrating web of distributors and gatekeeping aren’t truly villainous either. Though I’ll give you that many of their tactics can make them prime, juicy targets. But, in their own way, they’re just hawks and voles doing their thing among the vines too.

The lesson of the hawk and vole is that nothing is owed to anyone. In the wine industry, there’s always going to be some combination of luck and circumstance that leads to success or failure. Some of that you can influence. But a fair amount of it boils down to being in the right or wrong place at any given time.

This is what I’ve been reading today in the world of wine and beverages.

The Year of Rosé Cider Is Upon Us by Mike Pomranz (@pomranz) for Food & Wine magazine (@foodandwine). This made its way to my dash via #WiningHourChat (@WiningHourChat).

Good to see a legit article from Food & Wine after the BS they published from their “Champagne Master/Wine Prophet”. The picture of the red fleshed Amour Rouge species of apple is gorgeous and makes my mouth water. But where the article really shines is in shedding light on all the many different ways that cider producers can add color to their ciders–hibiscus and rose petals, maceration with red wine grape skins, etc. Very interesting and worth a read to stay a step ahead of what will undoubtedly be one of the top beverage trends of the summer.

Do Parker points matter any more? from @jamiegoode

The blog post (from one of my favorite wine writers/tool) is worth a read but so are the comments in reply to Jamie’s tweet which includes insight from The Wine Cellar Insider (@JeffLeve), Master of Wine Elizabeth Gabay (@LizGabayMW) and several others.

I think my view is summed up well in the reply made by MW student and Waitrose category manager Anne Jones (@AnneEJones). Points matter to the wine drinkers who want them to matter while other drinkers could care less. Different strokes for different folks.

Every time I see this debate I yawn. Points mean prizes. And prizes matter to some consumers, in some situations. But not to all consumers, or all situations. There is no ‘yes’ or ‘no’ answer to ‘do points matter?’ as I think is obvious by the circuitous nature of the debate!

All this month I will be focusing on Washington wines with my 60 Second Reviews. While researching for my reviews of the 2014 Scarborough Stand Alone Cabernet Sauvignon and 2015 Browne Family Vineyards Site Series Cabernet Sauvignon, I came across two links that caught my eye.

Red Willow Vineyard where David Lake and his team at Columbia helped Mike Sauer and his crew at Red Willow plant the Syrah that would become one of the first commercial bottlings of the variety in Washington.

Tremendous essay on the history of Associated Vintners (AV). So much history was made by this winery (now known as Columbia Winery) including having the first vintage dated varietal wines, first Pinot gris, first commercial Syrah with Red Willow and first Washington Master of Wine with David Lake. I learned several things from this article including the interesting connection between William B. Bridgman (of Harrison Hill fame) and AV.

Regular readers may remember from my Wine Clubs Done Right post that Columbia Winery holds a special place in my heart as one of the first Washington wines to make me go “WOW!” and the first wine club I ever joined. It was also were my mentor, Peter Bos, served as cellarmaster to David Lake and much of what I learned about winemaking was about how things were done “back in the day” at Columbia. Seeing the changes in style of Columbia was one of my first big disappointments in the wine industry. Still, this engaging and well written piece about such an important part of Washington wine history was a joy to read.

Another Seattle winery served legal papers over naming issue (May 2015) by Lindsey Cohen of KOMO News.

This is not as much about the joy of the Washington wine industry as a “WTF are you serious?” piece about the realities of the wine world. I came across this while researching the Scarborough article where I learned that Travis Scarborough got hit with a cease and desist letter from former 49ers exec Carmen Policy’s Casa Piena vineyards because the name of one of his wine club tiers (Full House) was similar to the English translation of Casa Piena.

As if that wasn’t outrageous enough, Cohen interviews another small local Washington producer, Bartholomew Winery, that had similar issues because a wine named after one of the owner’s sons, Jaxon, was apparently too close to Jackson Family Estates (of Kendall-Jackson fame). Good grief! The sad truth of the matter is aptly summed up by Scarborough in the article–“They’ve already won…because when they send that out they know I can’t fight back.”