Let’s talk about Merlot. And let’s talk about it with only mentioning the movie Sideways once. There. We’ve got that perfunctory obligation out of the way.

Yes, Merlot has been down for a while though Forbes contributor Thomas Pellechia will tell you that it has had a little bump in popularity lately. However, it is still a far cry from the powerhouse it once was.

As a Washington wine lover, Merlot’s downfall has been disheartening. The grape holds a special place in this state because it helps put Washington on the national wine map (far from the Potomac) when wineries such as Leonetti, Andrew Will and L’Ecole earned numerous accolades in the late 1980s and early 1990s for their Merlots. 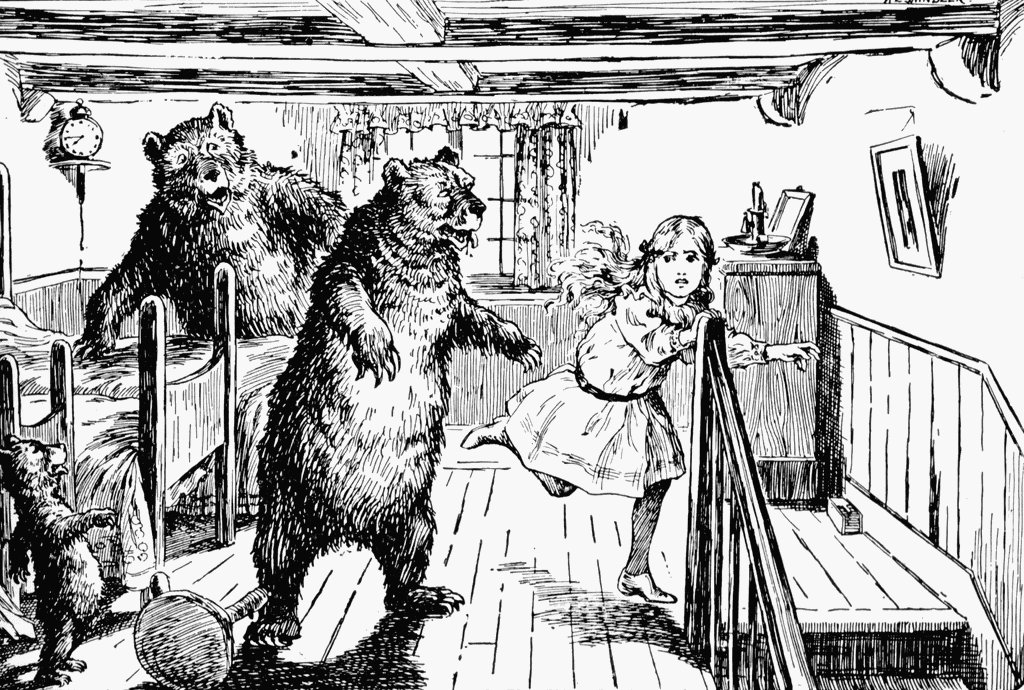 Mama Bear was very annoyed when Goldi finished off the Otis Kenyon Merlot without saving her a glass.

Washington Merlots are also very distinctive–richly textured with medium plus to high tannins and moderate acidity that sew together dark fruit flavors with floral and spice notes that can not help but capture the attention of both “big red drinkers” and those who adore elegance and subtle complexity in their reds. If Goldilocks was a Napa Cab fan and Bordeaux lover, she would find Washington Merlots to be “Just right.” There are many reasons why wine writer Lettie Teague calls Washington State a missionary for Merlot.

This distinctiveness and incredibly high quality of Washington Merlots help catapult it to the top of the state’s production, leading the way from the mid-1990s till 2006. But then it dropped.

It wasn’t just Washington State that fell out of love with Merlot. It was nationwide with winemakers sensing the changing tide a couple of years before you-know-what premiered in 2004. The movement was already afoot with Merlot vines being uprooted in favor of new Rhone varietals like Syrah and Grenache as well as some of its old Bordeaux buddies like Malbec and Cabernet Franc.

Why? It’s easy to blame a movie but I think that overlooks something important.

You weren’t expecting that after the first few paragraphs were you?

Now don’t get me wrong. Merlot wines can be delicious, but let’s be honest for a moment. When was the last time you were at a restaurant and your heart soared with intrigue when someone at the table asks for “a bottle of Merlot”? Not a particular producer or a region like Pomerol, just a Merlot. Now think about that same situation if someone asked for a Syrah, a rosé, a Grüner Veltliner, a sparkling wine, a Cabernet Sauvignon or Pinot noir. I’m willing to bet there would be a bit more arching of the brow and sense of anticipation in wondering what was in store as one of those bottles was brought to the table.

It’s just not the same with Merlot. And to be fair, I think a lot of people have the same reaction with Chardonnay as the ABC Movement (Anything But Chardonnay) is still alive and kicking with nary a film to blame for its strength. Part of it is the ubiquitous nature of both grapes. You see them everywhere. But, as a millennial, I often hear another refrain among my cohorts.

Our parents (and grandparents) drink Merlot.

They drink Cab too and maybe this trickle-down apathy will eventually topple that red wine king. But for millennials, it’s hard to get excited about something that you strongly associate with older generations. In the tech world, there is similar discussions about why younger users are leaving Facebook for other social media platforms. More and more, Facebook is being associated with mom and dad, aunts and uncles and that weird dude you shared one study group with back in high school. Facebook is becoming boring and that is the realm that Merlot has been in for some time.

What do millennials find exciting?

That’s the million dollar question for wineries and marketers the world over. Many virtual trees have been slaughtered as article, after article, after article, ad infinitum has been written about millennials’ influence on the wine industry and how wineries are (or aren’t) adapting. We can nitpick about correlation and causation but its hard not to notice that the growth in the millennial wine market has coincided with the decline in Merlot. It’s also hard not to notice that this has also overlapped with the rise of red blends.

The irony, in a semi-Alanis sort of way, is that many of the most popular red blends in the market today feature Merlot very heavily.

It’s like Cheval Blaaaaaaaaaaanc
in a fast food cup

This doesn’t even count the considerable influence of Merlot in Bordeaux where it is the most widely planted grape in the region. Even in the “Cab-dominated” Left Bank, many top estates of the Medoc feature Merlot quite heavily in their blends. Check out some of the recent new blends of Chateau Palmer, such as 2013 which was 49% Merlot and the incredible 2009 that was majority Merlot!

This all makes perfect sense because Merlot is delicious.

The grape’s rich plum and cherry flavors, subtle chocolaty notes, lush tannins, moderate acidity and ability to marry well with the flavors of new oak barrels. These hit many of the cues that make wine consumers sing with pleasure. People love Merlot. People drink Merlot. It’s just in the form of red blends.

But SSSSHHHHH ….. don’t tell anyone. Especially not Mom and Dad.

The Magic Beans of Wine