UPDATE: Apparently there was evidence of cheating during the tasting portion and the results of that segment of this year’s Master Sommelier examination has been invalidated. All Masters who passes this year’s test will have to resit this exam. 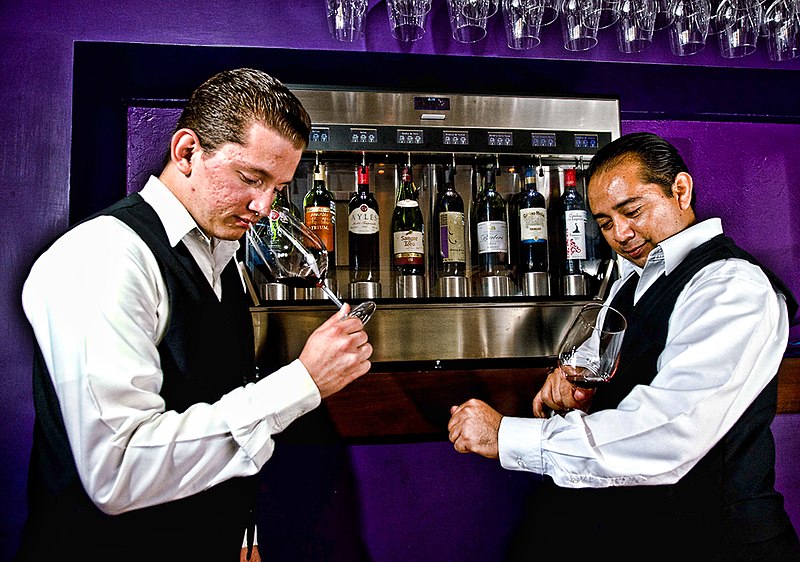 All together 56 individuals sat for the exams which is taken in three parts. This first is a theory examination that covers the wines and wine regions of the world. Candidates need to know wine laws and production methods as well as details about cigars, spirits and liqueurs. This is followed by Practical examination which includes demonstrating proper table service. Then finally a blind tasting of 6 wines in 25 minutes using the famous Grid Method of Deduction.

To pass, candidates must receive a score of at least 75% in all three parts. With this year’s bumper crop, we saw an incredible 42.8% pass rate.

That’s not bad for something that has been described as the World’s Toughest Test.

A Perfect Storm for a Windfall?

Last year the court announced 8 new Masters out of 58 candidates for a 13.7% pass rate.

Now what those numbers don’t tell is how many individuals passed 1 or even 2 of the three exam components. These scores can be carried over to the next examination. Let’s say we have a candidate who passed the Theory examination in 2015 but failed Practical and Tasting. This candidate could then spend the next three consecutive years attempting to pass the remaining two.  After that, though, unsuccessful candidates will need to retake the whole exam.

It’s very likely that 2018 wasn’t the first rodeo for several of the 24 new Master Sommeliers. This could help explain why this year saw so many successful candidates. The film also popularize the idea of blind tasting beyond just professionals.

One theory on the large class was that it was because more people were taking the exams. Credit is given  to the 2013 documentary film SOMM  for sparking interest in the field. This film followed the path of Ian Cauble, Dustin Wilson, DLynn Proctor and Brian McClintic as they took their examinations.

In July 2013, only a few week after the film was released June 21st, 70 candidates sat for the MS exam with only one single person, Nick Hetzel from Sage at Aria Resort and Casino in Las Vegas, passing (1.4%).

If there is a “SOMM bump”, it seems likely that 2018 is just the beginning of the swell.

Are we just getting “Wine Smarter”?

It’s possible that the “World’s Toughest Test” may not be as tough any more for a growing wine savvy community that is being spearheaded by wanderlust Millennials who aren’t afraid to branch out into the obscure, geeky and unknown. This ain’t your daddy’s Duboeuf.

While previous generations of drinkers may not have strayed very far from the zones of Chianti and safety of Sangiovese, we now have regular wine drinkers (not just trained and studious sommeliers) waxing poetically about the difference between Nerello Mascalese grown on the volcanic soils of Mt. Etna and IGT Nero d’Avola.

Now a days if you are talking Beaujolais, you are far more likely to be talking about the crus than you are of Nouveau.

Blessed with a plethora of wine resources courtesy of the internet (like GuildSomm’s own fantastic website), it’s easier than ever for the curious wine lover to quench their thirst for some vino-knowledge.  Are we seeing a “trickle up” effect from this groundswell of knowledge?

As I mentioned in my post Playing the Somm Game in Vegas, the level of knowledge in the field has never been higher. As consumers get more savvy and adventurous, the sommeliers are upping their game.

Perhaps the windfall of new Master Sommeliers (249 and counting since 1969) and Masters of Wine (380 since 1953) means that we are collectively on a crescent of wine expertise that we haven’t observed before.

Or maybe the World’s Toughest Test needs to get tougher?