In honor of International Tempranillo Day, here are a few quick thoughts on the 2012 El Puntido Rioja. The Eguren family created El Puntido in 2001 as a single-vineyard designate of their Viñedos de Páganos project. Already notable for their Rioja estates of Sierra Cantabria and San Vicente, they also founded the Spanish cult label Numanthia in 1998 before selling it to Louis Vuitton Moët Hennessy (LVMH) in 2008.

The Eguren wines are part of the portfolio of Spanish importer Jorge Ordóñez. Over the years, Ordóñez has helped popularize in the US the wines of Bodegas Alvear, Breca (makers of Garnacha de Fuego), La Caña (first to introduce Albarino to the US in 1991) and Bodegas Muga. He’s also been involved in the labels of Bodegas Borsao, Juan Gil, Tarima Hill and Volver.

Located in hills between the villages of Páganos and Laguardia of La Rioja, the El Puntido vineyard was first planted in 1975 to 100% Tempranillo. The Egurens farm this, like most their other vineyards, sustainably.

The 2012 Puntido was aged in 100% new French oak barrels for 16 months with the first 6 months aged sur lie. The winery only produced 250 cases of this wine. 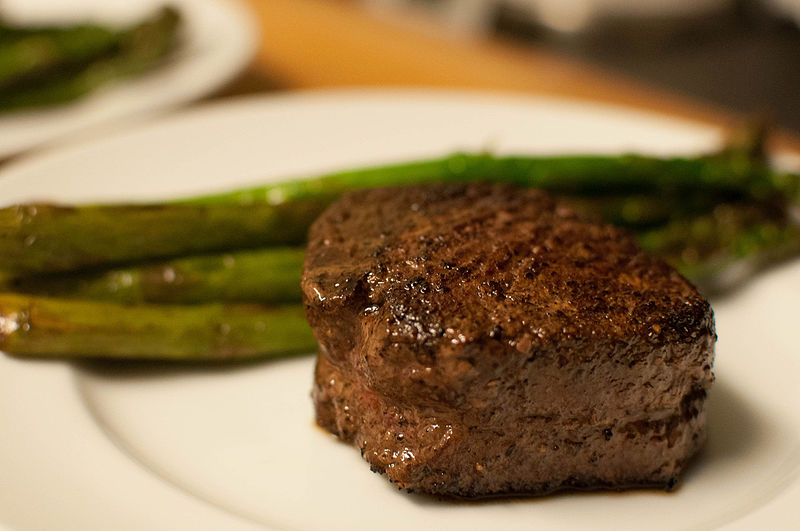 The very Napa Cab-like fruit and body of this Rioja would be right at home paired with a juicy steak.

Medium-plus intensity. Big black fruits–blackberries and plums. The nose has some spice around the edges. But the big fruit obscures and dominants.

On the palate, those dark fruits carry through but the spice becomes more pronounced as star anise and cinnamon. More noticeable oak on the palate than the nose. A creamy vanilla mouthfeel rounds out the medium-plus tannins. Medium acidity offers some balance but not enough to keep the full-bodied fruit from going jammy. Long finish lingers on the dark fruit and vanilla.

At $60-65, this is certainly a very “Napa-like” Tempranillo that would probably fool a lot of people into thinking it’s a Cab. Like a big, full-bodied Cab this Rioja would be right at home with a juicy steak.