One of the high points of my California trip last week was meeting Paul Mabray, CEO of the data and tech solutions company Emetry. Paul appreciated my No, There’s Not an App For That post and reached out for a chat and to extend some gracious Northern California hospitality with fabulous restaurant recommendations. 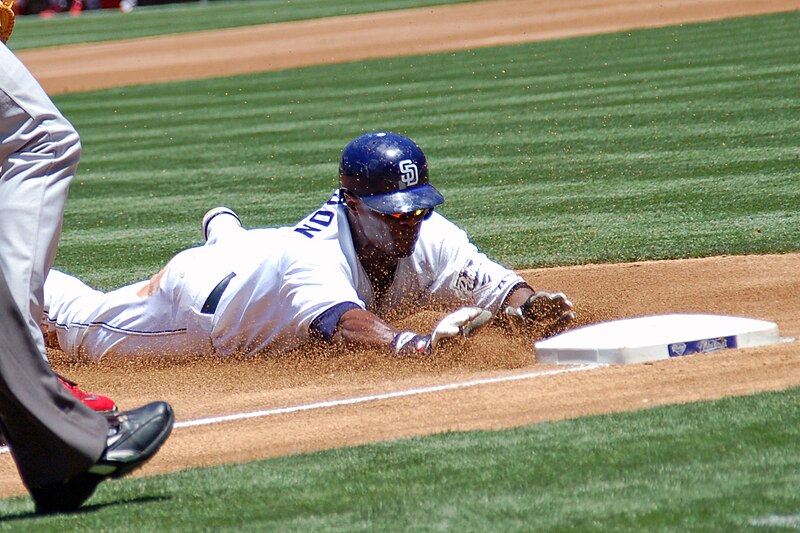 I’ve been following Paul’s work for a while via his Twitter feed (@pmabray) and blog. So I was quite excited to meet him and get a chance to pick his brain about the direction of the industry.

The timing was apt as just a week earlier Bill Swindell of The Press Democrat did a write-up of Mabray, describing him as the kind of Billy Beane of the wine industry.

Swindell wove that analogy into quite an eyebrow-raising position of Mabray’s.

And just like Beane ditching RBIs for slugging percentage to measure a player’s value, that pursuit has led Mabray to one of his most controversial beliefs in the wine industry: The tasting room will not be the salvation in a marketplace where wholesaler and retailer consolidation has made it difficult to get store shelf space for wine. — Bill Swindell, The Press Democrat, 2/24/19 The Bacon Numbers of Wine Influence.
The further you are away from the consumer, the less influential you will be.

Living and working so close to Woodinville wine country, I’ve always been an advocate of the importance of the tasting room experience. In fact, I consider it one of the few real influencers in the wine world with a Bacon Number of 1.

I saw so many customers during my retail years who had a vested loyalty in a brand because of a tasting room experience they had.

Whether it was in Woodinville, Walla Walla, the Willamette or down in California, people remember how a winery made them feel and sought out their wines back home. I even had customers who visited wineries in Michigan, Virginia and Arizona come into my Seattle area stores looking for wines that they tasted years ago on vacation.

So I always thought that tasting rooms were one of the last bastions of hope for small family wineries. But after meeting Paul, hearing more about his insights and approach, I had a light bulb go off.

While I was thinking small, he was thinking on a much bigger scale–one that plays well on the baseball diamond.

It’s dependent on your location–how close you are to a population center or tourist destination. And it is dependent on people actually walking through your doors–which is always going to be a very limited occurrence. 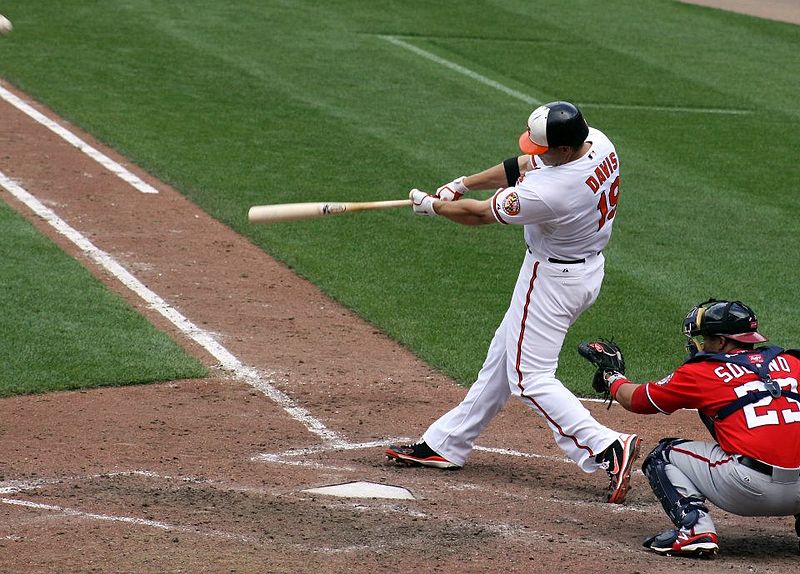 Hey, look! Another solo home run!
Back in 2013, the Orioles led the league with 125 solo home runs–including 30 by Chris Davis alone.
They finished 4th in their division.

Even if a winery does an amazing job of promoting its tasting room experience, there are only so many consumers out of the 84 million potential wine drinkers in US that they can possibly reach.

Yes, that tasting room experience is immensely important. It is where a lot of wineries hit home runs. But, in many ways, it is only a clean-up hitter in the line-up.

A team can invest millions into signing a great slugger but that one hitter is only going to be able to do so much. And what they can do will always be intimately connected to the people getting on base ahead of them.

How often do you think the team with the season’s home run leader ends up winning the World Series? 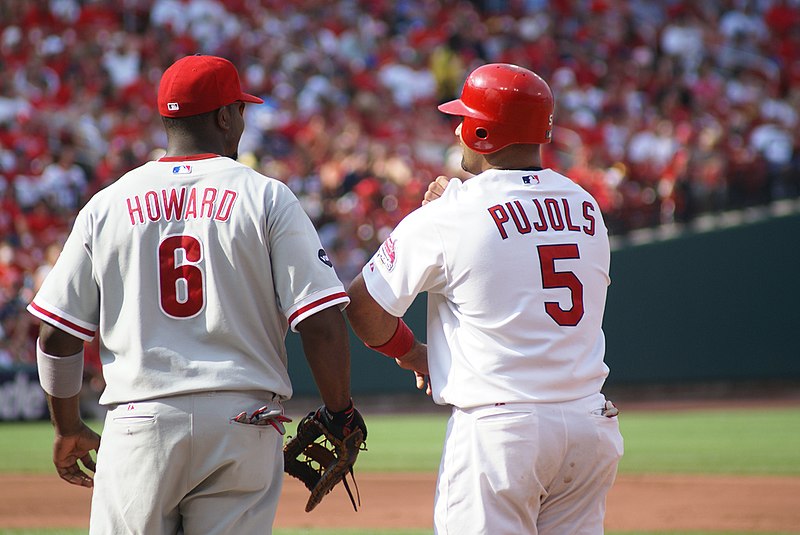 My Cards have won two World Series and appeared in four in the last 15 years. Though never in a year when we statistically led anything.
But that is because we have devil magic.

Hardly ever. The last time was Ryan Howard with the Philadelphia Phillies in 2008. Before that, it was Mike Schmidt, also with the Phillies, back in 1980.

But…. if you look at team records with OPS (on-base plus slugging which includes both base hits and walks), you start noticing more of a pattern beginning with last year’s World Series winning team, the Boston Red Sox.

And so on. It’s obviously not precise but it is inescapable that the teams that succeed are the ones that reach base.

Now, if you’re a winery, you want to gobble up bases like Ted Williams. You don’t want to sit back and wait for the home run ball. You want to make things happen.

You want to play Whiteyball.

Billy Beane’s Moneyball philosophy has undoubtedly pushed the envelope in baseball analytics. But Beane’s Oakland A’s haven’t had much success to show for it.

Now, of course, small market economics played a role but those same economics didn’t keep the 2014 and 2015 Kansas City Royals from back-to-back World Series appearances and one championship.

Much of the Royals success came from manager Ned Yost adopting some of the tactics that St. Louis Cardinals’ manager Whitey Herzog promoted in the 1980s. Back then, Herzog’s “Whiteyball” led the small market Cards to 3 World Series appearances, including a championship in 1982.

A central tenet of “Whiteyball” is the importance of the lead-off hitter. This is the place setter and spark plug that gets the offense going. Statistically, it’s also the batter that has the most opportunities to bat and reach base.

For those legendary 1980s Cardinals teams, that hitter was Lonnie Smith and then Vince Coleman. The 2014-2015 Royals had Lorenzo Cain, Alex Gordon and Alcides Escobar.

But who hits lead-off for a winery?

What spark plug does a winery have that statistically is going to get the most opportunities to bat and reach base with consumers?

It’s not the tasting room limited by time, capacity and, sometimes, permit regulations.

It’s not a restaurant wine list which is even more limited by time and capacity as well as the whims of beverage directors.

And it’s certainly not retail channels where you almost need a New York Yankees’ type profile and budget to secure access to anymore.

No, the one area where wineries have almost unfettered access to put the ball into play for millions of potential customers is social media.

Underutilized or on the bench?

Nowadays, just about every winery has some social media presence. They’re at least penciling someone into that lead-off role. But you almost get the sense that they’re doing that as an afterthought. It’s like slapping a helmet on a warm body and sending him out to the on-deck circle just because somebody has to be there.

A serious question that every winery should ask themselves, what are you doing with YOUR Mike Trout years?

As I lamented in my articles The Winery Twitter Dance and Is the Wine Industry boring Millennials to (its) death?, the shoddy and half-hearted approach to social media by many wineries is astonishing.

The vast, vast majority are not doing the kind of targeted and data-driven approach advocated by Paul Mabray and others. Nor are they utilizing the platforms to share their stories–which is a winery’s most powerful currency.

Instead, it like wineries are playing the role of Arte Moreno of the Angels. They’re pouring resources into a lineup of fat contracts and splashy moves while wasting the best years of Mike Trout. Sure, you’re doing something. But are you really focusing on the tools that feed your success? That sets the table to make those big home runs impactful?

But all of that is for naught if you’re not getting on base and reaching consumers.