It’s Opening Day for Major League Baseball. Unfortunately, I had to deal with my St. Louis Cardinals sleepwalking through their opener with the Milwaukee Brewers, so I’m looking for a good distraction. Thankfully, that mental break came from revisiting a Facebook thread about my Winery Moneyball article. In a tongue-in-cheek comment, the Sierra Wine Guy wondered When will wineries start using WAR [Wins Above Replacement]?

That got me thinking, what would be a good wine industry equivalent to WAR?

I’m not going to get into the nitty-gritty sabermetrics here. But WAR is essentially the calculation of a player’s value to the team above that of the typical bench player or minor-leaguer. Instead of focusing on just one aspect of a player’s game (like offensive stats), WAR aims to calculate their total value including defensive runs saved, baserunning and pitching.

Taking all these metrics together, WAR presumes that having a player like Mookie Betts on your team (10.9 WAR in 2018) is worth almost 11 more wins than signing Joe Schmoe off the waiver wire. In contrast, it may have been better for the Orioles in 2018 to sit Chris Davis and eat his $161 million contract instead of trotting him out on the field to deliver a -3.1 WAR. Ouch!

Though far from perfect, WAR stats have dramatically changed the evaluation of players in baseball (for better or worse). The reason is that, at its core, WAR doesn’t look at each player as a monolith. It tries to look at the bigger picture by recognizing that the needs of baseball teams are multi-faceted (hitting, pitching, base running, defense). It then tries to see how well each player fits into that jigsaw puzzle.

How does this apply to wine?

And the under $9 category is starting to look really Chris Davis-y.

Like a baseball team, wine consumers are multi-faceted. They have a multitude of needs beyond just being thirsty that wine aims to fill. But wine is also similar to a ballplayer in that it’s not monolithic either. It is more than just a mixture of alcohol and water.

Which makes it kind of ironic that wine is losing “throat share” (particularly with Millennials) to things like hard (spiked) seltzer–which is literally just alcohol and water.

While wine sales in the US are expecting to level out, or even decline, in 2019, producers of hard seltzer like White Claw and Truly are looking forward to a gangbuster year. And why shouldn’t they? They had already seen growth from $85 million in sales between 2016-2017 to more than $250 million in 2018.

In the metric of Wine Above Replacement, the WAR of hard seltzer is rising while that of wine is most definitely falling.

Maybe I would have enough to buy a new Goldschmidt Cardinals jersey.

It all goes back to consumer needs and if they’re being met. Admittedly, dissecting the needs of the typical wine consumer is not cut and dry.

It’s certainly not as easy as looking at the St. Louis Cardinals leading the league in errors last year (133), and thinking that maybe they need some defensive help–like, perhaps, a Gold Glover at first base?

Decades of marketing ink has been spilled studying wine consumers and breaking them down into various segmentations based on needs. If I had all the answers, I’d be a wealthy woman. Well, actually no, I wouldn’t be wealthy because no one really pays for wine content anymore.

But, as W. Blake Gray has noted, Millennials are talking about what they want. Maybe the hard seltzer industry is simply doing a better job of listening?

A few of the things that Gray highlights in his piece are Millennials’ interest in healthier products, transparency, our aversion to boredom as well as our cravings for personal experiences. One other item that I would add is the sense of value and getting a good bang for the buck that is important to many Millennials.

Let’s see how hard seltzer is tackling these needs.

Believe it or not, a fair amount of consumers actually believe that hard seltzer is healthier than wine. Part of this is slick marketing from the big players in the seltzer industry (including the non-alcoholic leader La Croix). But this is also a failing of the wine industry in not counter punching the recent spate of negative press about wine and health issues.

We as an industry have lost our way in our daily quest to sell our production. We stopped talking to the consumer and stopped defending [against] the junk science out there. We stopped supporting the decades of science that proves there are health benefits of consuming wine. Our consumer is reading the press and without a rebuttal, they no longer believe moderate consumption [is] part of a healthy diet. — Rob McMillan, I Can’t Take the Lunacy!, 3/28/2019

Meanwhile, Truly and White Claw are peddling the “Vodka Paradox” that just because something is clear and low in calories, then it must be good for you.

Though if more wineries adopted Ridge’s approach to transparency and labeling, that would be a positive step.

Gray does an excellent job of illustrating the dichotomy of back labels between hard seltzer packaging and most wine bottles.

I’m not entirely sold on the idea of extensive ingredient lists and nutritional labeling on wine. Ultimately, I think it will bury small family wineries in bureaucracy more than it will expose mass-produced and additive laden commodity wines. But, I will concede that the labeling (or lack thereof) does provide a stark contrast.

However, the perception of the wine industry as opaque and obtuse is also not helped by our myriad of grape varieties, wine regions and laws that require an insider’s knowledge to untangle. This is another stark contrast with hard seltzer.

Even with the sleight of hand “healthy” marketing, any consumer buying hard seltzer knows what they are getting. Water and alcohol. They don’t need to attend classes, buy books, read blogs, subscribe to magazines or attend special tastings to understand what they’re drinking. That transparency of “getting it” is something that wine is never going to match.

But this doesn’t have to be negative. Keep reading. 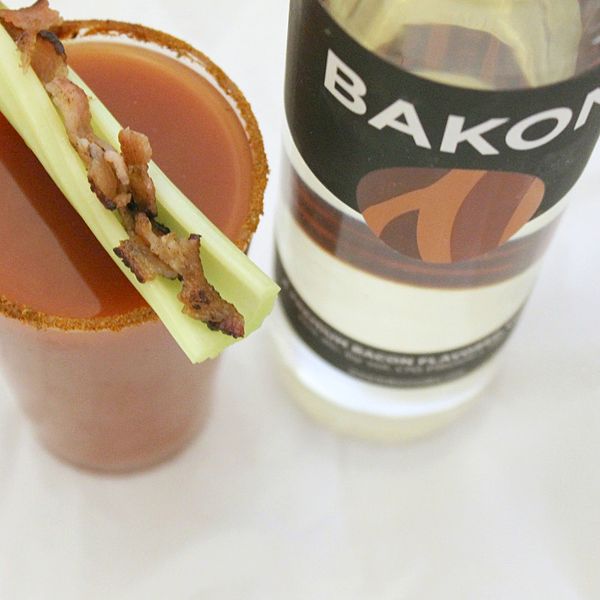 As soon as hard bacon seltzer hits the market, the shark-jumping will commence.

Right now, hard seltzer has the “cool factor.” It’s not boring and it is certainly not what your parents are drinking. It’s the Instagram to wine’s Facebook.

But that shine will eventually wear off, leaving exposed how transparently simple hard seltzer really is. Yeah, it’s water and alcohol with some flavoring added. It’s flavored vodka for newbies. Been there. Done that.

Eventually, Millennials are going to get bored as there are only so many flavors and fancy packaging that the industry can come up with to keep entertaining them. When the market moves on to find something new, wine’s “weakness” of its complexity and diversity can be a strength.

That’s when the wine industry needs to be the heavily tattooed guy streaking on the field in the middle of the game. Folks might not know what the heck is going on, but they know that something is going on. And no one is taking their eyes away until the naked dude gets tackled.

But what do we do when the Millennials’ eyes are finally upon us? How do we bump up our WAR to make wine more enviable over the many options clamoring to replace it?

Show them our tattoos. Tell them our stories. Give them a reason to connect with wine on a personal level.

Here is where wine can smoke its competitors.

The industry is chockful of so many compelling personal stories (check out this terrific write-up of Dirty & Rowdy’s Hardy Wallace for one example) that we don’t need to resort to gimmicks like Bon & Viv Spiked Seltzer’s “made-up” female founders.

AB InBev’s SuperBowl commercial featuring Bon & Viv’s “founders” was a big hit. But this quote from an AB InBev vice-president shows how patronizing and nauseating that ad really was.

“It has two females in a founder position and presented in a different way than we have ever seen alcohol present females characters before,” [Chelsea] Phillips says about the fictional founders depicted in the commercial. “The strength of these women is very important to me. As a female VP, I want to see more of that representation in this space, but I didn’t want it to be a trope. I just wanted it to feel natural… versus more of an overt statement.” — Greg Morabito, Eater, 2/3/2019

Instead of actually promoting a brand founded by women, you make up some female founders to show them in this powerful position? Right….

So much for transparency, eh? Spiked water–not seltzer, not sparkling. Just boozy water.
Though, is this really that far off from cheap, bulk Pinot grigio?

I can not bang this drum loud enough. The wine industry sucks at Millennial Math.

Not only do we do a poor job of conveying value at all levels of the pricing scale, but we’ve also virtually abandoned the bottom shelf of budget-priced options to craft beer, cider and, now, hard seltzer.

For less than $10, a Millennial can buy a 6pk of dozens of different flavors of various hard seltzers. What kind of sub $10 options is the wine industry giving them? A plethora of mass-produced (and often highly manipulated) Cabs, Chards and Red Blends that all virtually taste the same.

Yeah, eventually all those different hard seltzers are going to start tasting the same too. But then the Millennials can move onto hundreds of craft beer options or cider or cannabis or kombucha or cocktails or who knows what comes next.

The Moral of WAR in the Wine Industry

If you’re not producing–if you’re not fulfilling multiple needs–there is always a replacement.