When is the last time that a winery really surprised you? 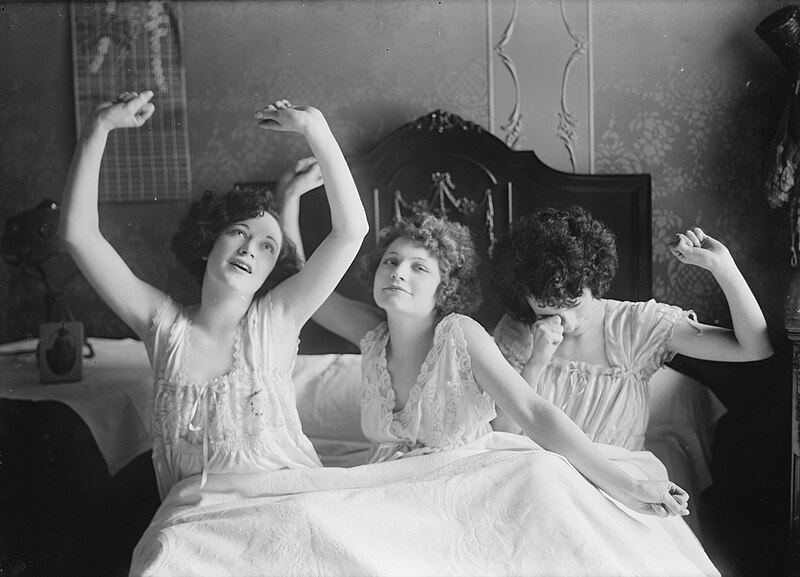 Now I’m not talking about a wine that was unexpectedly delicious (or atrocious), a shocking winemaker departure or an owner selling.

Instead, I’m talking about being genuinely surprised by the way that a winery interacted with consumers.

I’m talking about a “Morton’s Surprise.”

Back in 2011, a hungry businessman boarded a flight destined for the Newark airport. The flight was going to arrive late and in a half joking, half grumbly manner he tweeted out to his favorite steakhouse, Morton’s, that he would really like a porterhouse steak when he landed in two hours.

When he got off the plane and retrieved his bags, there was a Morton’s employee (from a location 24 miles away from the airport) waiting for him with a 24 oz. Porterhouse steak, shrimp and a side of potatoes.

Yeah, that’s a heck of a surprise.

Now I’m not expecting wineries to show up at airports with free wine.

But let’s look at the base elements of this story and compare it to how most wineries interact with consumers on social media.

“Oh thank you! We’re glad you are a fan. Come by and visit!”

Sound familiar? It’s pretty much a word-for-word reply that you see from wineries every day in response to consumers tweeting, Facebooking and Instagramming about wines they enjoy.

That’s not a horrible response. It’s polite and at least something of an interaction–which is undoubtedly better than not responding at all. But it’s so…scripted.

And when you’re competing in an engagement economy–where the goal is to build enduring and lasting relationships with consumers–a scripted response is basically the marketing equivalent of a one-night stand.

Um….he thanked me for being a fan with three thumbs up emojis.

One of the critical elements of the Morton story is that they were already dealing with an engaged customer. This was someone who liked their brand and took time out of their day to talk about it. Not only that, but they also made the effort to look up the company’s tag and include them in the conversation.

That kind of customer engagement is hugely valuable. They essentially took the brand to bed and clearly had a good time.

So why is that good time so often greeted with scripted responses?

I don’t think a lot of wineries realize what they have when they’re tagged in a consumer’s post. That might be why we (and the consumer) are so rarely ever surprised by how they respond.

Yet, think about all the investment that wineries put into getting new customers. Now think about how many new customers that Morton’s likely got from going beyond the “one-night stand” engagement of just thanking and liking a consumer’s comment.

How can wineries surprise their consumers?

Let’s say that someone does a post raving about a winery’s red blend. Put yourself on the other side of the computer screen and imagine how you would feel getting a response like this:

“Oh thank you! We’re glad you loved it. You know, our winemaking team puts together that blend in February. If you’re in the area, let us know and you can help us put together next year’s wine!”

Whoa…did this winery just invite me to help make their next blend??? How freaking cool is that!

Hmm, maybe we can pull this trick off during harvest? Obviously, it depends on labor laws and restrictions, but back in my winemaking days, we could never get enough volunteer labor during harvest.

And the thing is, the odds of that consumer actually showing up at the winery’s door on a cold February day is pretty slim. This was a low-risk proposal.

Though, if they did show up, damn you’ve got a really engaged consumer and potential brand ambassador who is practically volunteering to promote your wines.

However, the impact of that invitation went far beyond a “one-night stand” response. It was like the winery texted them back in the morning to let them know that they really did have a good time and are wondering when they can meet again.

And this “surprise script” can be adapted to cover so many angles. Do folks think you have a really eye-catching label? Offer to email them the new label design for your latest release to get their feedback.

Did someone post a photo of your wine along with a fantastic dish they cooked? Ask them for the recipe and THEN post on your social media feed, tagging them, your winery team’s attempt at recreating their recipe and food pairing.

Essentially the secret to surprising consumers is to simply go beyond just acknowledging their posts.

Now, yes, this type of social media engagement requires time and labor costs. So does everything in business. You can spend a fortune on vineyards, personnel, barrels and equipment but that is all for naught if people aren’t (repeatedly) buying your wine.

Building sales means investing in your consumers and not squandering the engagement capital that you already have. It means building relationships instead of being content with one night of vinous nookie.

Enthusiastic and engaged consumers, plus fried chicken. How is this not a win in anyone’s book?

Scroll back up and look at the examples I posted. Now put yourself in the shoes of the consumers receiving those replies, receiving those interactions. Not only will they be super stoked at the thought of getting another bottle of your wine, but do you think they would keep those sentiments to themselves?

No! It’s social media. They’re going to share and talk about how this winery, just out of the blue (in their minds), asked them to help make their wine, give feedback on a label or made Grandma Coury’s famous fried chicken and posted about it.

And you better believe that every time they’re with someone and a bottle of your is wine nearby, they’re going to share their story about your wine.

People don’t talk about one night stands (unless they’re really bad). But they do talk about the ones that surprised them and texted them back in the morning.

One Night Stands and Surprises