In our previous forays to this highly regarded Left Bank commune we looked at the 2017 Bordeaux Futures offers for Lynch-Bages, d’Armailhac, Clerc-Milon and Duhart-Milon as well as that of the 5th Growth Ch. Haut-Batailley in the very first post of this continuing series covering the 2017 campaign.

You can check out the links at the bottom of the page to see more offers that we’ve explored.

Carruades de Lafite is the second wine of the legendary First Growth, Ch. Lafite-Rothschild. First introduced in the 1850s during the period of “the Vandelberghe Mystery” ownership, Lafite helped pioneered the practice of producing a second cuvée to compliment the Grand Vin.

However, in practice the designation was used sparingly for the next 100 years till the Rothschild family reintroduced the wine in the 1960s as Moulin de Carruades–named after a parcel of vineyards on the Carruades plateau that was first acquired by the estate in 1845. Located near the chateau, most of the fruit from these prime plantings actually end up in the Grand Vin instead of their namesake wine. 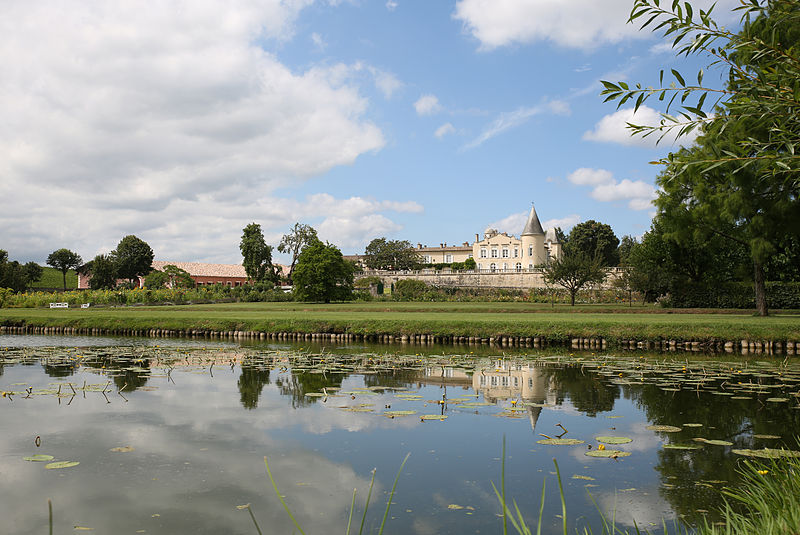 Instead, Carruades de Lafite (renamed in the 1980s) gets its fruit from selected parcels designated for Carruades as well as some younger vines from the 112 ha (277 acre) vineyards of Lafite since vines less than 20 years of age are never used for the Grand Vin of Lafite. All the vineyards of Lafite are farmed organically and sustainably with some parcels farmed biodynamically.

Since 2016, Eric Kohler has overseen the winemaking of Lafite and its second wine. Prior to taking over as technical director, Kohler was in charge of the Domaines Barons de Rothschild estate of Domaine d’Aussieres in Languedoc as well as their South American properties–Vina Los Vascos in Chile and Bodegas Caro, their joint-venture project with the Catena family in Argentina.

In 2017, Jean Guillaume Prats (of Cos d’Estournel and LVMH fame) was named president of Domaines Baron Rothschild with Saskia de Rothschild, daughter of Baron Eric de Rothschild, joining as chairwoman in 2018.

The 2017 Carruades de Lafite is quite deep and fleshy at the outset. Black cherry, plum, lavender and rose petal are pushed forward in this dark, racy second wine from Lafite-Rothschild. Deep, textured and beautifully resonant, the 2017 has a lot to recommend it. This is a strong showing. Like many of his colleagues, Technical Director Eric Kolher opted for gentle extractions and incorporated a relatively high amount of press wine (14%) into the blend. — Antonio Galloni, Vinous 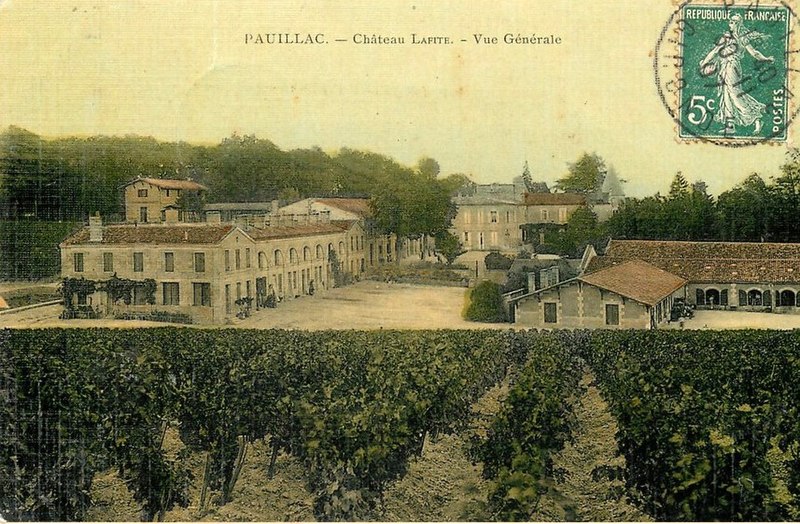 Since I haven’t had the opportunity to taste any previous vintages of Carruades de Lafite or Lafite-Rothschild, my instinct in a vintage like 2017 is to pass in favor of buying wines that I have a personal track record with.

But damn is this 2017 offer tempting–especially with Total Wine’s offer that is more than $30 less than the Wine Searcher average and only requires a payment of 50% ($104.87) upfront. I had to triple check it just to make sure that I had the price right.

This is another head vs heart battle except it’s my heart telling me to stick with the 2017 wines that I know I will personally enjoy drinking while my head is telling me to look at these hard numbers and go with what looks like a very solid buy. I’m going to have to ponder this a bit more but right now I’m leaning towards Buy for maybe a bottle or two.

Ch. Pedesclaux is a relatively young estate that was founded in the early 19th century by Pierre Urbain Pedesclaux who purchased land near Ch. Grand-Puy-Lacoste and d’Armailhac.

A well-connected negociant family (Edmond Pedesclaux was one of the brokers who helped craft the original 1855 classification), the Pedesclauxs owned the estate until 1891 when it was sold to the Comte de Gastebois. The next several decades saw years of neglect until Lucien Jugla of Ch. Colombier-Monpelou purchased the property in 1950. Jugla and his heirs carried out extensive replanting in the vineyards and it was during this time that the vineyards of Pedesclaux became very Merlot-dominant.

In 2009, the Jugla family sold Pedesclaux to Jacky Lorenzetti who owned the St. Estephe Cru Bourgeois of Lillian Ladouys and in 2013 acquired a 50% interest in the Margaux 3rd Growth Ch. d’Issan. 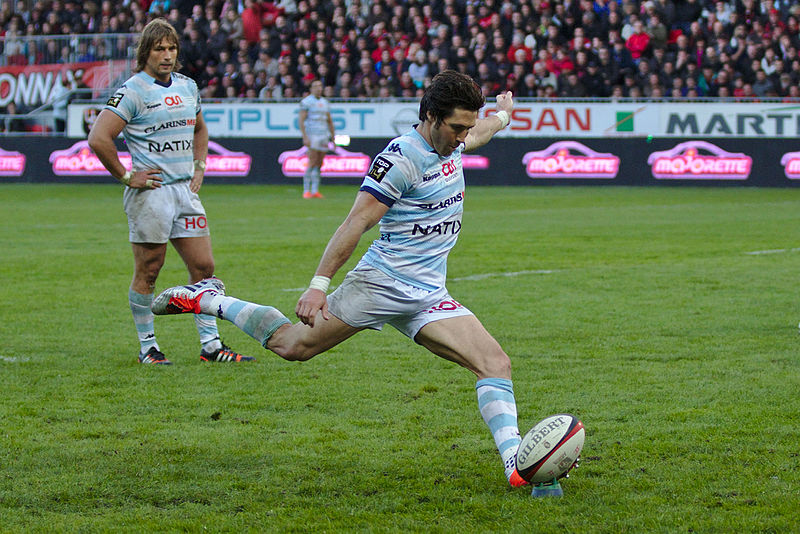 In addition to his Bordeaux estates, Jacky Lorenzetti is also president of the Rugby club Racing Métro 92 based in the Paris suburb of Nanterre.

Under Lorenzetti, optical sorting was introduced and Vincent Bache-Gabrielsen was brought on to manage the property. The amount of Cabernet Sauvignon in the vineyards have steadily increased as additional parcels next to Ch. Lafite and Mouton-Rothschild have been acquired to go with other plots of enviable terroir close to Lynch-Bages

The estate still has significant amount of Merlot planted with 48 ha (119 acre) estate planted to 48% Merlot, 47% Cabernet Sauvignon, 3% Petit Verdot and 2% Cabernet Franc. However, most of the Merlot is used in the estate’s second wine, Fleur de Pedesclaux, with many vintages of that wine being 90% Merlot and the 2012 vintage being 100% Merlot.

The nose pops with black currant, tobacco leaf, licorice, cedar and forestry aromatics. On the palate, the wine displays freshness in the fruits and cream on the tannins. Medium/full bodied with a lot of black and red fruits, which carry through to the endnotes, this has both charm and age ability. The higher percentage of Cabernet adds complexity and character to the wine. — Jeff Leve, The Wine Cellar Insider

I’ve only had a couple opportunities to taste Pedesclaux–all from vintages during the Lorenzetti era–but I haven’t been terribly impressed. The wines weren’t offensive at all, but I was hard-pressed to justify their price versus the value being delivered by their sister estate of Lillian Ladouys from the same vintages in the $25-35 range.

The potential of the terroir is undoubted so this estate is certainly worth keeping an eye on and revisiting. But for the same price I’m more incline to revisit the 2014 and Pass on buying futures of the 2017. I will, however, likely pick up some bottles of the 2017 Lillian Ladouys (WS Ave $20) when they hit retail shelves in 2020.

His daughter, Thérèse, married the Baron Pichon de Longueville in 1694 and received the property as part of her dowry. Clive Coates notes in Grand Vins that during the early 18th century, the quality of the Pichon Longueville estate was of high repute, second only to that of Latour in the commune.

The property would stay in the hands of the sisters and their heirs until 1925 when it was sold to Edouard and Louis Miailhe. The Miailhe brothers expanded the vineyard holdings of the estate and planted significant acreage of Merlot. Edouard’s daughter, May-Eliane de Lencquesaing inherited the property in 1978 and would go on to take Pichon Lalande to high levels of success and recognition.

In 2007, she sold the property to the Rouzaud family of the Champagne house Louis Roederer where it is today part of a portfolio that includes the Bordeaux estates of Chateau de Pez and Ch. Haut Beausejour in St. Estephe as well as Chateau Reaut la Graviere in Lalande-de-Pomerol as well as managing interest in many other properties across the globe.

Since 2012, Nicolas Glumineau (formerly of Ch. Montrose) has been in charge of winemaking with Jacques Boissenot and Hubert de Boüard (of Ch. Angelus fame) as consultants.

Located on the Gironde side of the D2 highway, most of Pichon Lalande’s 89 ha (220 acres) are located next to Ch. Latour and Pichon Baron with some parcels close to Lynch-Bages. The estate also owns 11 ha of vineyard land in St. Julien that neighbor the vineyards of Léoville-Poyferré and Léoville-Las-Cases. Because these vines were historically used in the wines Ch. Pichon-Lalande before the 1855 classification, they are still permitted to be used in the Grand Vin or second wine of the estate.

All the vines are farmed sustainably with several hectares being farmed 100% organic. Since 2014, Pichon Lalande has been experimenting with biodynamics with Vincent Masson consulting.

If you just taste the big name Pauillacs, you would be hard-pressed to understand that 2017 has been a challenging year. This is one of my wines of the vintage, no question. It’s from 21ha, biodynamically farmed, with Vincent Masson as consultant. Just a few plots further away from the river were affected by frost. The slight austerity of 2017 is evident, with a savoury quality to the fruit, but this is exceptionally good, with plenty of stunning fruit and well defined tannins. The aromatics are very refined, and the intense cassis fruit doesn’t sacrifice any intensity or power. It demonstrates the energy that Comtesse has displayed so consistently in recent vintages, with gorgeous finesse and structure to the tannins. The new cellar has raised the level of Cabernet from 65% to 70+%, with 12% press wine. This is going to age extremely well. (94 points) — Jane Anson, Decanter

Pichon Lalande is one of my favorite estates and virtually an automatic buy every year. While the prices have been steadily raising, I always believe that the quality and value they deliver out performs many “Super Seconds”.

Unquestionably age-worthy, I appreciate the versatility in the estate’s style to deliver approachable pleasure in its youth in both stellar (2005, 2010) and rougher vintages (2011, 2013). While I may end up keeping this bottle longer than my ideal “cellar defender” role of 5 to 7 years, I see little reason to not think that this consistency will continue.

With prices in line with the very delicious 2014, this is a definite Buy for me.

Ch. Pichon Lalande produced its first second wine to compliment their Grand Vin in 1874. However, like Lafite and their second wine, the designation was only used sparingly until Reserve de la Comtesse de Lalande was introduced for the 1973 vintage.

While it can include fruit from any of Pichon Lalande’s holdings (including their St. Julien vines), a consistent component of the Reserve de la Comtesse de Lalande has been parcels located in the commune of Ste. Anne near the 5th Growth Ch. Batailley.

While I adore the Grand Vin of Pichon Lalande, and am usually quite pleased with the value of most seconds wines, I will confess that the Réserve de la Comtesse has never really wowed me. For whatever reason, this is one second wine that has always felt decidedly “second best”.

It’s likely that as Pichon Lalande has been steadily increasing the amount of Cabernet Sauvignon in their vineyard, the fruit of these young vines have been making their way to this second wine–and that may contribute to the harshness and hollowness that often characterize my notes of the Réserve de la Comtesse. There are plenty of other more compelling buys in the same price range that makes this a Pass for me.