The CBS station in Las Vegas posted a report about scientists studying Vegas somms as part of Alzheimer’s research. They interviewed the wine director of Mandalay Bay, Harley Carbery, and threw this effusive praise his way:

Harley Carbery has developed an almost super human sense of smell over the years. 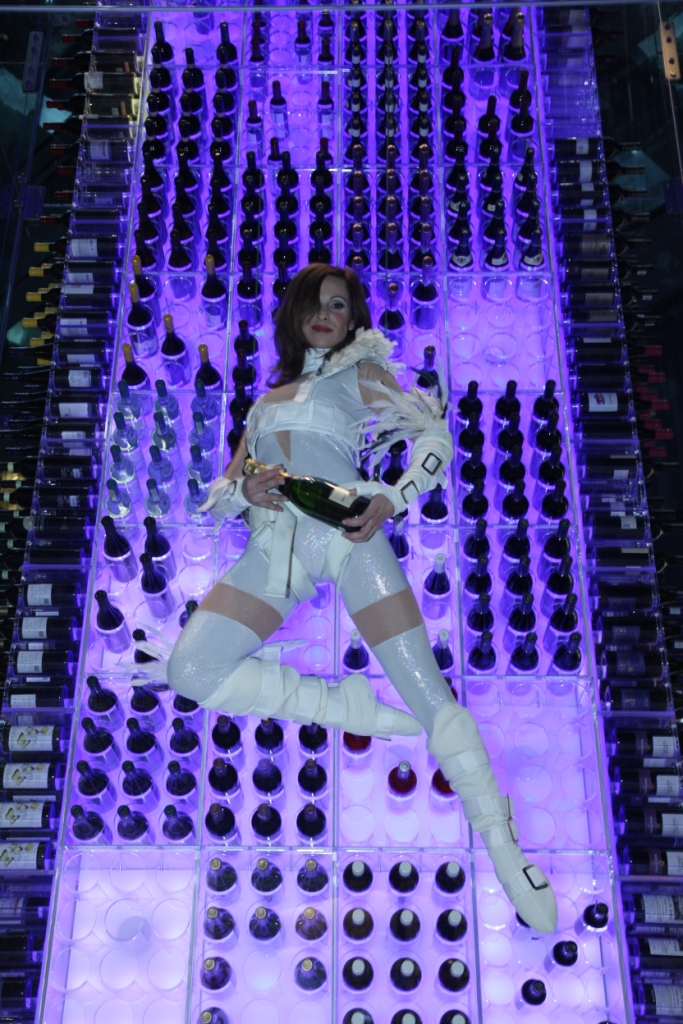 Let’s be honest though, the flying Wine Angels are the real Super Humans

Now I have no doubt that Carbery is a sommelier with an excellent palate and sense of smell. My wife and I have stayed at Mandalay Bay a couple times and we’ve loved the wine and spirits selections at their casino bars and restaurants. Aureole, in particular, is a must visit for any food and wine lover. But Carbery is not “almost super human”. He’s a professional who has put in the time and effort to be very good at his job.

He’s like the nurse who has spent hours practicing on dummies (and willing friends & family members–sometimes one and the same) at finding the vein to draw blood or set up an IV painlessly. The chef who has cracked many, many eggs in their career and can flip an omelet with pitch perfect perfection every time. The software engineer who can look at lines and lines of code and spot almost in an instance where the bug is. The concert pianist who has devoted thousands of hours of practice time towards letting the beauty of Chopin glide seemingly effortlessly from their fingers. Harley Carbery is like Yadier Molina, who has practically perfected the art of managing pitchers and catching by never settling and always striving to get better.

Yes, there is certainly an element of natural-born talent but even the greatest athletes and musicians in the world will tell you that is only a small fraction of what made them great. But let’s also be frank here, smelling and analyzing wine is not playing Chopin nor is it trying to do a full back twisting salto on the balance beam. (You go Simone!) It’s a skill, yes, but it’s a skill that is built up more through practice than through the fortunate blessings of innate talent. Also, if we want to get into the nitty gritty, most women have a leg up on some one like Harley Carbery through genetics that tend to favor women’s sense of smell over men.

The point of this is not to bring some one like Harley Carbery down to human level, but rather to point you towards the path that you could take to be “almost super human” yourself. The quote near the bottom of the article from Dr. Sarah Banks of Cleveland Clinic Center for Brain Health, sums up this path really well.

“… sort of stopping to smell the roses a little bit, to enjoy life to think about your sensory experiences,” 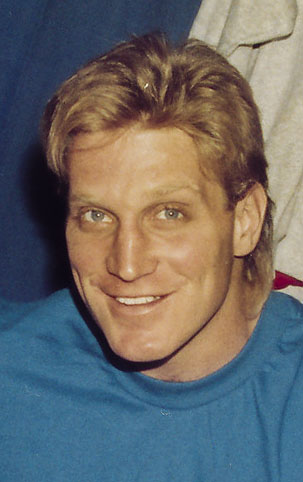 No, not that Brett.

Don’t just smell the roses. Smell everything. Smell the spices in your spice cabinet. Smell the different plants in your neighborhood as you take a walk. Smell the linens at Bed, Bath & Beyond–ideally when the employees aren’t looking. Don’t make it weird. Smell the room when you first walk in. Even the bathroom. (Hola Brett!) Just smell and spend a few brief seconds thinking about what you are smelling. (Emphasis on brief sometimes more than others)

But don’t over think it. Trying to “correctly” identify what you’re smelling is not necessarily the point and when we take this exercise over to the world of wine, this becomes the biggest pratfall for a lot of people. Yes, there may be a tasting note or other people around you waxing poetically about anise, nutmeg, cassis, thyme and Nicaragua Maduro wrapped tobacco and you’re not getting any of that. That’s FINE! Just focus on you and what you are getting. If all you’re getting in the wine is Red Vines black licorice, blackberries and Swisher Sweets, then your redneck description of 2005 Lynch Bages is just as on target as the wino next to you.

One of the best exercises that I ever did in my wine training was during a Sensory Evaluation class at the Northwest Wine Academy taught by the simply fabulous Regina Daigneault. Using an aroma infusion method that she learned from the equally fabulous Dr. Ann Noble of UC-Davis, inventor of the Wine Aroma Wheel–which is 7 shades of awesome BTW, Reg put in front of us several glasses of a neutral white wine that had one dominant aroma infused in it. She told the class, right off the bat, don’t try to immediately identify it. Just think about it because our entire perception of aromas are tied to particular memories of when we encountered that smell. If you can tap into that memory, you’ll be able to more easily recognize that smell.

However, sometimes our memories are like witnesses on Law & Order–we often add our unique spin to them. But since we are just drinking wine and not trying to solve a murder with Fred Thompson breathing down our backs, that’s perfectly fine. For instance, during that exercise one of the glasses of wine made me think of pot and hippies. It had this mix of herbal, medicinal and floral notes that made me think of incense and hemp products. Turns out that the aroma in that particular glass was cardamon. For whatever reason, that connection in my brain interprets the aroma of cardamon in wine with my memories of “pot and hippies” (Hey, I live in Seattle!). Now, I’ve got that aroma note down solid and can easily pick it out of wine. If I’m swirling a glass and it makes me think I’m in Eugene, Oregon or at a Rasta shop then boom I know I’ve got cardamon.

Some people hear Morgan Freeman’s voice as the voice of God. I often hear this man’s voice when I’m smelling wine “Look Amber! It’s cardamon!”
And now you will too.

Truly the more off the wall the memory and connection you make, the better it is for you to retain it. So spaz out and smell the world. You don’t have to aspire to reach the level of someone like Harley Carbery who is at one of the pinnacles of his profession. But there is still benefit for all of us in practicing towards becoming an “almost Super Human” smeller. Not only will you get a lot more out of your wine drinking, as recent studies have shown your vino homework may also help ward off diseases like Alzheimer’s.