Going to need more than 60 Seconds to geek out about the 2007 Ch. Léoville Poyferré from St. Julien.

The history of Léoville Poyferré is intimately connected to its fellow 2nd growths, Léoville Las Cases and Léoville Barton, dating back to the 1638 vineyard founded by Jean de Moytie. Along with Ch. La Tour de Saint-Lambert (now Ch. Latour) and Ch. Margaux, this estate–known then as Mont-Moytie–was one of the first estates to produce wine in the Medoc.

Over the next couple centuries, the estate was the source of much innovation in Bordeaux, identifying some of the current Bordeaux varieties for their smaller berries and higher quality wine as well as utilizing the use of oak barrels and sanitizing them with sulfur.

In 1740, Clive Coates notes in Grand Vins the estate was acquired by Alexandre de Gascq, the Seigneur of Léoville. Under his stewardship, the estate grew to almost 500 acres.

During the French Revolution, a quarter of the estate was sold off and eventually became Léoville Barton. In 1840, the estate was divided again when Pierre Jean de Las Cases inherited 2/3 of the estate with his sister, Jeanne, passing her share to her daughter, the wife of Baron Jean-Marie Poyferré de Ceres.

In the 1920s, Léoville Poyferré came under the ownership of the Cuvelier family where it joined the family’s holdings of Ch. Le Crock in St. Estephe, Ch. Moulin Riche in St. Julien and Ch. Carmensac in the Haut-Medoc (which was later sold in 1965 to the Forner family of Marques de Caceres fame in Rioja).

At first, the Cuveliers delegated management of the estate to the Delon family from Léoville Las Cases as the two properties were interconnected with adjoining chais. In 1979, Didier Cuvelier took over management and began overseeing not only massive vineyard replanting but also renovations in the cellars. He brought in first Emile Peynaud and then, in 1994, Michel Rolland to assist in consulting. 2006 vintages of Léoville Barton and Léoville Poyferré on sale at a wine shop.

Coates quotes the famous Bordeaux wine merchant Nathaniel Johnston as describing Léoville Poyferré as having the best terroir of the 3 Léoville estates with their vineyards being second only to the First Growths in potential. Most of the vineyards are located on gravelly soils on the west side of the famous D2 road across from Las Cases that is on the river side.

Further inland near the Pauillac border with Ch. Batailley is the almost 50 acres of Ch. Moulin Riche. Declared a Cru Bourgeois Exceptionnel in 1932, Stephen Brook notes in The Complete Bordeaux that until 2009 it was treated as a second wine of Léoville Poyferré. Since 2009, Pavillon de Poyferré has been the estate’s second wine.

Brook describes the style of Léoville Poyferré as the most opulent and hedonistic of the 3 Léoville estates with Léoville Barton being more classic and structured while Léoville Las Cases is more concentrated. Coates compares Poyferré to being the Mouton-Rothschild to Las Cases’ Latour.

Medium-plus intensity nose. While there is still some dark fruits like cassis and blackberry, the nose is dominated by savory notes of cedar cigar box, earthy forest and smokey spice. Very evocative and mouth watering bouquet. 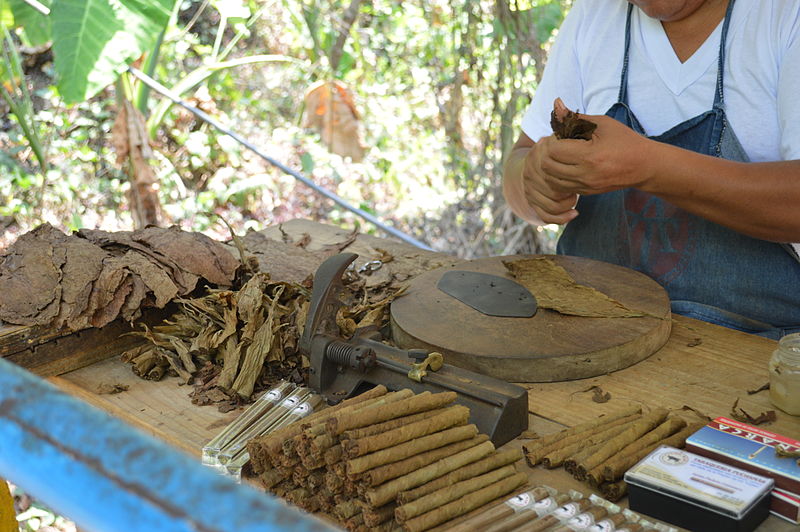 While the seductive and silky mouthfeel hints at being a St. Emilion, the tobacco spice and cedar cigar box notes gives the 2007 Léoville Poyferré away as a St. Julien Cab dominant blend.

On the palate, the smokey notes become more leathery and meaty while the dark fruits from the nose become more muted. Medium-plus acidity adds to the mouthwatering while the medium tannins have a silky, velvety curve to them. If it wasn’t for the tobacco spice and cedar cigar box, I can see myself being fooled into thinking this was a Merlot-dominant St. Emilion with the velvety mouthfeel. The finish is regretfully short for how savory and delicious the palate is.

As I noted in my review of the 2011 Ormes de Pez, you can’t overlook the issues of problematic vintages like 2007. A wet, mildew ravaged late spring was followed by an unusually cool and rainy summer. By the time more ideal weather came in September, the acidity of many wines were dropping faster than the flavors were ripening. This produced wines that Jancis Robinson noted are often “… characterised by what they lack: alcohol, acid, ripe tannins, flavour.”

But the truism that good wine can still be made in rough vintages is still apt and this 2007 Léoville Poyferré is a perfect example. Many estates responded to the troubles of 2007 by being more selective in the vineyard and winery and making less (but hopefully better) wine. While Léoville Poyferré usually makes around 31,000 cases a year, in 2007 they made around 20,000. 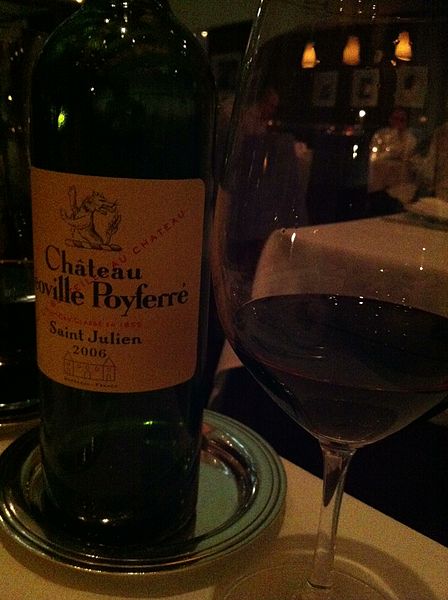 Really poor lighting but the 2006 Léoville Poyferré I had back in 2013 was outstanding too. You almost can’t go wrong with this estate.

It is not a great wine by any means, the short finish gives it away as well as the fact that there is so much tertiary aging notes emerging in a relatively young 10+ year old Bordeaux. This is not a wine that you want cases of in your cellar.

But it is still an absolutely scrumptious wine that is drinking very well now and will probably continue to give pleasure for another 3-5 years. With a Wine Searcher average price of around $83 for the 2007 vintage it certainly offers good value compared to the 2008 ($94 ave) and 2006 vintages ($97 ave) that people are cracking into now.

What's fine (and not so fine) about Vegan Wines

Getting Geeky with 2007 Léoville Poyferré