Canadian rapper Drake and Brent Hocking (founder of DeLeón Tequila) are partnering to produce a new high-end Champagne called Mod Sélection. Right off the bat, the line-up will feature a $300 non-vintage Brut and a $400 NV Rosé.

That’s a hefty price tag for a Champagne house that is being created virtually out of thin air.

Jacques Selosse Substance Blanc de Blancs Grand Cru Brut (WS Ave $312) from a solera that started in 1986. Usually only around 250 cases released at a time.

Pierre Peters L’Etonnant Monsieur Victor (WS Ave $301) from 100% Grand Cru fruit, including the best parcels of Les Chétillons, aged as a perpetual cuvee (similar to solera) that started in 1988. Only around 150 cases imported with each release.

And tons more great Champagnes for a heck of a lot cheaper.

Plus, these are all houses with established track records. We can figure out the grape source and know how long these wines have been aged. We can also get a general sense of how limited and prestigious these wines truly are. Yet, Drake and Hocking want folks to pay an equivalent price for Champagnes that no-one knows anything about?

Even Ace of Spades had a bit of a backstory.

The gold plated bottle, now known as “Ace of Spades”, was made by the Champagne house Cattier. The Champagne was essentially a rebranding of their Antique Gold line which previously sold for around $60.

But once Jay Z got involved, including acquiring partial ownership of the brand in 2014, the price of the Champagne skyrocketed to around $300 for the basic non-vintage brut, $450 for the NV Rosé and approximately $600 for the NV Blanc de Blancs.

Yeah, you can see why Drake would want to follow suit.

But, again, consumers at least know about Cattier’s involvement. The brand is even prominently featured on their website.  Even though they’re a négociant-firm that purchases grapes, the Cattier family does own over 30 ha (74 acres) of vines in the Montagne de Reims including the notable premier cru Clos du Moulin in Chigny-Les-Roses. For their top cuvee from the Clos, the house only produces around 25,000 bottles.

In the Christie’s World Encyclopedia of Champagne & Sparkling Wine, Tom Stevenson & Master of Wine Essi Avellan offer some more details about Armand de Brignac (presumably provided by Cattier). They note that across all the Ace of Spades wines, only around 3200 cases are produced. They also mention that at least the NV Brut is aged for around four years on lees. 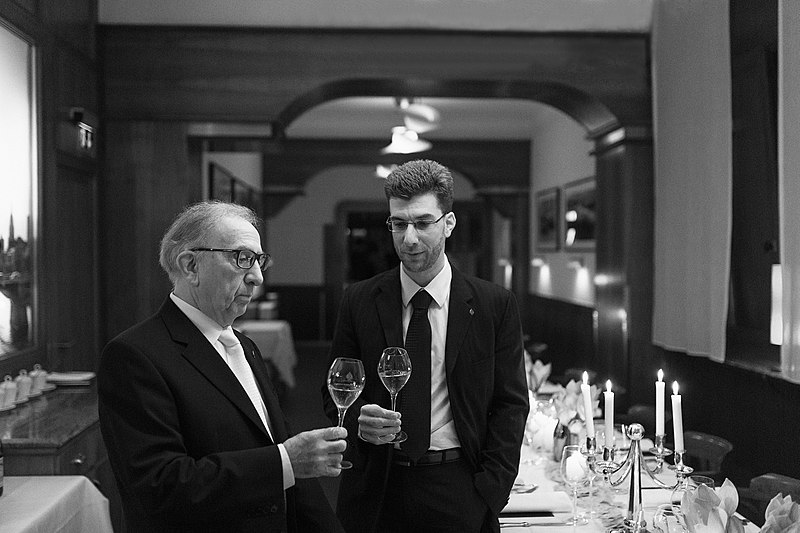 Jean-Jacques and Alexandre Cattier who continue to operate their brand in addition to making Jay Z’s “Ace of Spades.”

Perhaps more details about Mod Sélection will eventually come out. But it is clear right now that its proprietors are purely marketing it based on its association with a celebrity rapper. Still, I’m always down for a good mystery (especially when Champagne is involved), so I decided to see what I could dig up.

Like with Armand de Brignac/Ace of Spades and Cattier, Drake and Hocking are probably partnering with an already established Champagne house. They’re not going to buy vineyards, start aging stock and truly create a brand from scratch.

That is a big reason why the identity of the house will likely be kept under wraps.  But can we still figure out who makes Drake’s Champagne?

On the Mod Sélection website, details are scarce. However, we do get two solid clues that slip through the marketing flourish.

Cracking into some of my Five Essential Books On Champagne, I can eliminate a lot of prospective houses. The Christie’s Encyclopedia is, in particular, really good at noting the location of many houses so I can focus in only on the ones based in the Vallée de la Marne. 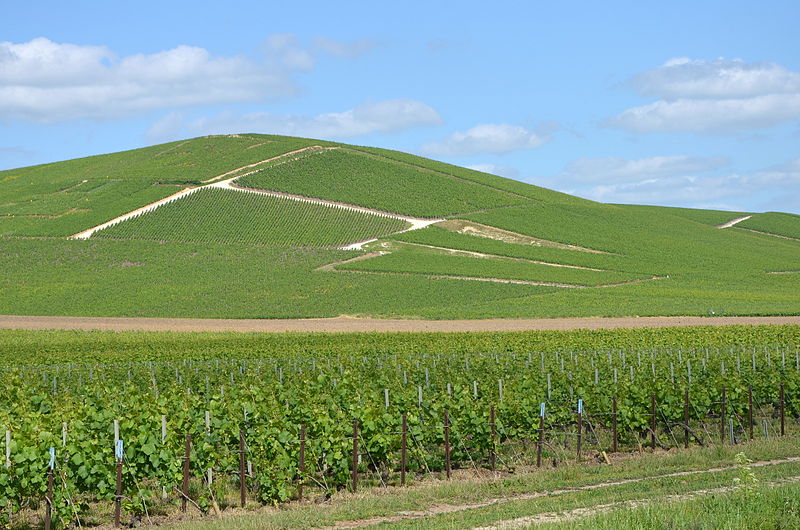 Vineyards in the Grand Cru village of Aÿ–the most prestigious in the Vallée de la Marne.

This area is broken into three sub-regions. The most prestigious is the Grande Vallée de la Marne which is home to the Grand Cru village of Aÿ as well as several notable premier cru villages like Hautvillers, Cumières and Dizy.

Peter Liem’s book, Champagne, does an excellent job of explaining the differences between these sub-regions.

While it is possible that Mod Sélection’s mystery house is in one of the lesser Rive Droite or Rive Gauche villages, I’m going to give them the benefit of the doubt and focus on the houses in the nine villages of the Grande Vallée de la Marne. 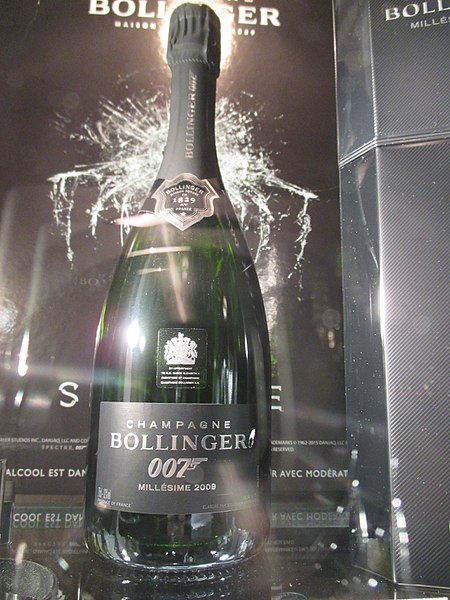 Bollinger wouldn’t even give James Bond his own made up Champagne house. It’s not likely that they would partner with Drake and not use their own label.

We can rule out major Champagne houses based in the Vallée de la Marne like Deutz, Jacquesson, Bollinger, Philipponnat and Billecart-Salmon because they have little reason to create a branding apart from their own. Plus, their founding dates don’t match up with Deutz (1838), Jacquesson (1798), Bollinger (1829), Philipponnat (1910) and Billecart (1818).

This clue is going to require more heavy digging since many Champagne books don’t list founding dates and sometimes even a winery’s website isn’t very forthcoming with details. Still, we can gradually start to eliminate notable Champagne houses and well-regarded growers like:

But eventually, with a little bit of online sleuthing, I was able to come across at least one estate that fits our bill.

Vineyards in the premier cru village of Cumières in the Grande Vallée de la Marne. Is this the home of Drake’s $300+ Champagne?

Is this our mystery Mod Sélection house? Perhaps. There are still at least 30 other small growers that I need to investigate. But so far Champagne Philippe Martin is our most solid lead.

I highly doubt it.

Champagne Mystery — Who makes Drake’s Mod Sélection? And will it be worth it?