We head back to St. Emilion to look at some of the 2017 Bordeaux Futures offers from 4 of the 14 Premier Grand Cru Classé ‘B’ — Clos Fourtet, Ch. Larcis Ducasse, Ch. Pavie Macquin and Ch. Beauséjour Duffau-Lagarrosse. 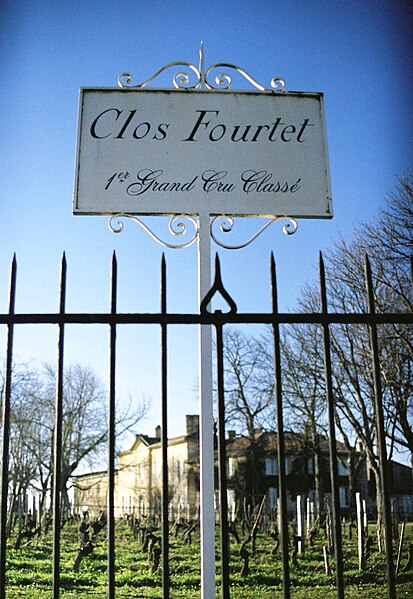 You can also check out our first Bordeaux Futures 2017 post covering the offers of the St. Emilion estates of Ch. Valandraud and Ch. Fombrauge with more links at the bottom of the page featuring other estates across Bordeaux that we have reviewed so far in this series.

Located on the limestone plateau, near the entrance to the town of St. Emilion itself, Clos Fourtet was first born as Camfourtet–a defensive fortification built during the Middle Ages to protect the village. Roughly translated as “Camp Fort”, vines were planted by the late 18th century when it was owned by the Carles family who also owned Ch. Figeac. 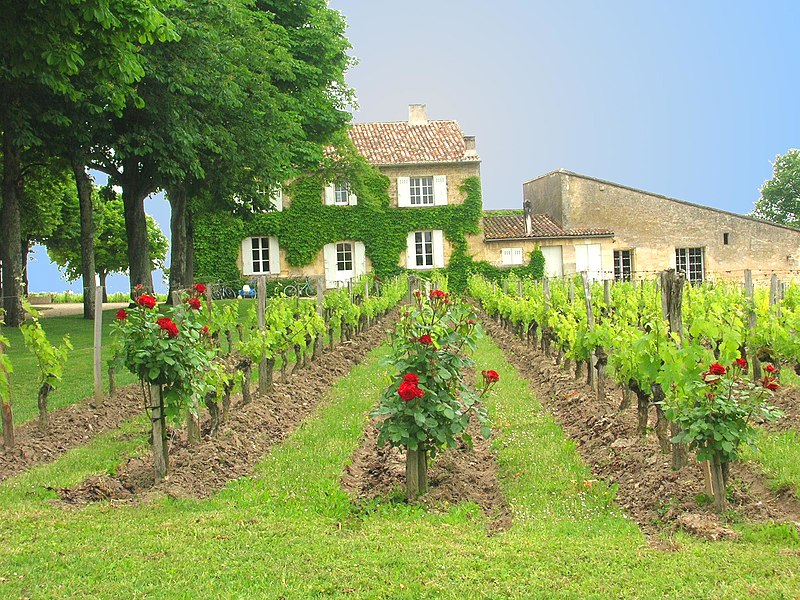 The Chateau of Clos Fourtet.

In 1868, the estate’s owners, the Rulleau family, changed the name to Clos Fourtet. In 1919, the property was purchased by the Ginestet family–a powerful negociant family who owned several properties throughout the Bordeaux. They would own the estate until 1948 when it was “traded” to François Lurton in exchange for the Ginestets receiving his share of Chateau Margaux.

Under the Lurton family, the quality in the vineyards and winery steadily improved with François’ grandson, Pierre Lurton, taking over winemaking in the 1980s. Pierre would continue to manage the estate until 1991 when he left to manage Cheval Blanc. He was succeeded by Tony Ballu who is still managing Clos Fourtet today.

In 1999, the Lurtons sold Clos Fourtet to Philippe Cuvelier who made his money in the office supply industry. Cuvelier retained Ballu and brought in his son, Mathieu, to assist in managing the estate. Jean Claude Berrouet, the former winemaker of Chateau Petrus, and Stéphane Derenoncourt consult.

All 20 ha (49 acres) of the estate are farmed sustainably with parcels being converted to biodynamic since 2010.

The 2017 Clos Fourtet is very good, but also very tightly wound. Powerful and tannic, the 2017 is likely to require many years to come in its own. Today, the 2017 is certainly less charming than some recent vintages and other 2017 Saint-Émilions. There is certainly no lack of depth or concentration. The dark red/purplish berry fruit, rose petal and lavender flavors are very nicely delineated. Clos Fourtet is one of the wines that improved over the two weeks I followed it. I won’t be surprised if it is even better from bottle. — Antonio Galloni, Vinous

The 2014 Clos Fourtet was one of my favorite wines during the 2017 Union des Grands Crus de Bordeaux tasting highlighting the wines of the 2014 vintage. I ended up buying several bottles that night which are still in my cellar.

While I appreciate that the 2017 pricing for Clos Fourtet is tilting closer to 2014 instead of 2015/2016 pricing, I’m quite content sticking with the sure thing of the 2014s I bought so I will Pass.

The origins of Larcis Ducasse date back to Roman times when the hillside slope on the southern end of the St. Emilion plateau (near modern-day Ch. Pavie) was particularly prized by Roman viticulturists.

The modern history of the estate began in 1893 when it was purchased by Henri Raba. Through the female line of his descendants, the property has remained in the ownership of the same family for over a 120 years with Jacques-Olivier Gratiot managing the estate since 1990 when his mother and niece of Henri Raba, Hélène Gratiot-Alphandéry, passed away.

While the last half of the 20th century saw the quality level of Larcis Ducasse dip, things began to turn around when Gratiot brought in Nicolas Thienpont in 2002 to manage the estate. Well known for his work at fellow Premier Grand Cru Classé ‘B’ estates Ch. Pavie Macquin as well as Château Berliquet, Thienpont began a series of extensive renovations in the vineyard and winery. 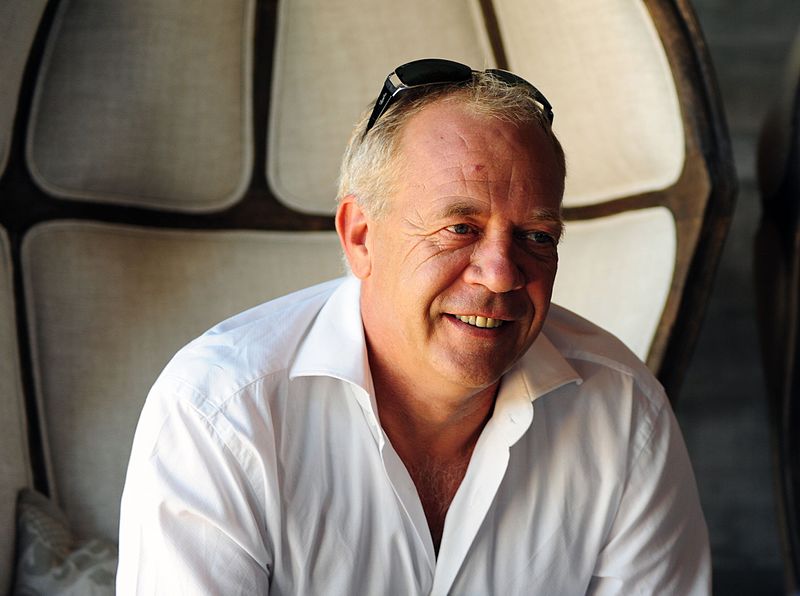 Stéphane Derenoncourt consults for Larcis Ducasse as well as several other estates in St. Emilion.

Since 2005, the entire estate was converted to organic viticulture and, with the assistance of consultant Stéphane Derenoncourt, wine production methods were changed to incorporate whole berry fermentation, micro-oxygenation and gravity flow movement.

Several prime parcels of the 11 ha (27 acre) estate are located next to the Premier Grand Cru Classé ‘A’ estate of Ch. Pavie while others neighbor Ch. Pavie Macquin, Canon-la-Gaffelière, La Gaffelière and Troplong-Mondot.

Blueberries, blackberries, violets, licorice and ample crushed rock notes all emerge from this medium-bodied, tight, firm 2017 Larcis Ducasse, which comes from a magical terroir not far from Pavie. It doesn’t have the density or depth of the 2015 or 2012, yet has beautiful purity of fruit, ripe tannins, and considerable elegance and purity. I suspect it will put on weight with time in barrel and evolve similarly to the 2008. — Jeb Dunnuck, JebDunnuck.com

Larcis Ducasse is another estate that I bought several bottles of the 2014 vintage of. However, my experience with this wine and previous vintages is that it is going to need a bit more time in the bottle than typically what I would hope for with a “cellar defender”. The 2012 (Wine Searcher ave $68) likewise was charming and undoubtedly age-worthy though I fret I may only have a single bottle left of that vintage in the cellar.

I strongly suspect the 2017 will follow the same pattern. But with the 2014 and 2012 being much more attractively priced, I’m going to Pass on this offer in lieu of hopefully finding more of these older vintages on the market.

Ch. Pavie Macquin was once part of the large Pavie estate that extended from the top of the St. Emilion plateau and down the southern slope. In 1887, Albert Macquin purchased the Chapus-Pavie and Pavie-Pigasse sections located on the top of the plateau to form the estate that now bares his name.

Macquin earned his fortune in the aftermath of the phylloxera epidemic pioneering grafting techniques to plant Vitis vinifera vines onto American rootstock. Noting the susceptibility of vines planted on limestone soils to develop chlorosis (a nutrient deficiency particularly impacting iron uptake), Macquin advocated for the use of Vitis berlandieri rootstock which had much more tolerance to lime-rich soils. Over the next several years, his nursery produced more than 1 million grafted vines to help replant the Libournais after the devastation of phylloxera.

Today the estate is ran by Macquin’s grandchildren, Benoît and Bruno Corre and Marie Jacques Charpentier. In 1990, the owners brought in Stéphane Derenoncourt to consult and assist with converting the vineyard to biodynamic viticulture. However, a particularly bad attack of mildew in 1993 caused Pavie Macquin to lose more than 2/3 of its crop and ended the estate’s experimentation with biodynamics. The vineyards are still farmed organically but without certification to maintain the flexibility of being able to respond if another viticultural hazard threatens a vintage.

In 1994, Nicolas Thienpont of the notable Belgian merchant family–whose extended members own such illustrious properties as the Pomerol estates Le Pin and Vieux Chateau Certan as well as the Margaux estate Clos des Quatre Vents–was brought in to manage the estate. The oak leaves and noose on the modern labels of Pavie Macquin pay homage to the unique history of a large oak tree on the estate.

The 15 ha (37 acres) of Pavie Macquin are located above Ch. Pavie, next to Pavie Decesse, on the plateau with Troplong Mondot to the west and Ch. Trottevielle to the north.

On the property is a large solitary oak tree believed to be hundreds of years old. According to legend this tree was the site of criminal executions and the modern bottles of Pavie Macquin pay homage to this history with the image of two oak leaves and a noose on the label.

Delicate, soft, skillfully shaped tannins and mature, dark fruit proffer sweetness and lift at the core of this year’s presentation. Full bodied, lush and polished with juicy fruit characteristics, length and complexity, the vintage is about stylish refinement, vibrancy and purity of fruit. — Jeff Leve, The Wine Cellar Insider

At the risk of sounding like a broken record, I’m just not very inspired at these 2017 prices compared to those of the still available and very delicious 2014 wines that are out on the market.

Like 2017, the 2014 vintage was an uneven year that was mostly saved by a nice Indian summer which led to a dry and warm harvest. Coming off the releases of the fairly rough years of 2013 and 2011–and then succeeded by the blockbuster 2015/2016–prices for 2014 have kept steady as the wines have made their way to market with a quality level that has surprised many.

2017 could also go own to surprise folks in the bottle but, for my money, a bird in the hand is worth two in the bush so as long as the pricing for 2014s are more enticing I’m going to Pass on gambling on the potential of 2017.

Like neighboring Ch. Beau-Séjour Bécot and Ch. Canon, Beauséjour Duffau-Lagarrosse was once part of a large ecclesiastical estate that was tended in the Middle Ages by the monks of Saint-Martin de Mazerat.

In the 17th century, the Beauséjour half of the property (known as Peycoucou) came into the hands of the Gerès family who were the current Lord of Camarsacs. A descendant of theirs married into the Carles de Figeac family in 1722 with the estate bequeathed to the new couple as a dowry. It wasn’t until 1787 when the couple’s son, a general in the Bourbon army, rechristened Peycoucou as Beauséjour meaning “Good day”.

In the early 1800s, the wines of Beauséjour merited critical acclaim with Clive Coates noting in Grand Vins that they were often ranked 5th in the commune behind only those of Belair, Troplong Mondot, Canon and Ausone.

Eventually the estate passed to a cousin, Pierre-Paulin Ducarpe, who upon his death saw the estate divided between his two children. His son received the half that would become Beau-Séjour Bécot while his daughter, who married into the Duffau-Lagarrosse family, received the other half.

Today, the same family still owns Beauséjour Duffau-Lagarrosse.  Since 2009, Nicolas Thienpont has been in charge of winemaking with both Michel Rolland and Stéphane Derenoncourt consulting.

The estate is composed of one single 6.5 ha (16 acres) parcel that spans the top of the St. Emilion plateau, west of the city, near Beau-Séjour Bécot and Canon and along the slopes near Clos Fourtet, Ch. Angelus and Clos Saint Martin.

Very dark. Ripe, dark black plums and just a touch of red cherry. Then quite oaky on the palate, rich, firm, smooth, with chocolate on the finish from the oak. Needs quite a bit of time. Chewy on the second taste. No lack of fruit but the structure dominates at the moment. (16 out of 20) — Julia Harding, JancisRobinson.com

With pricing averaging nearly $20 more than the 2014 vintage, this offer for Beauséjour Duffau-Lagarrosse already had one strike against it. Then couple it with a very oaky style that multiple tasting notes from critics suggest is going to need quite a bit of time and I have little reason to see this 2017 wine fitting my plans for a “cellar defender”. Pass.