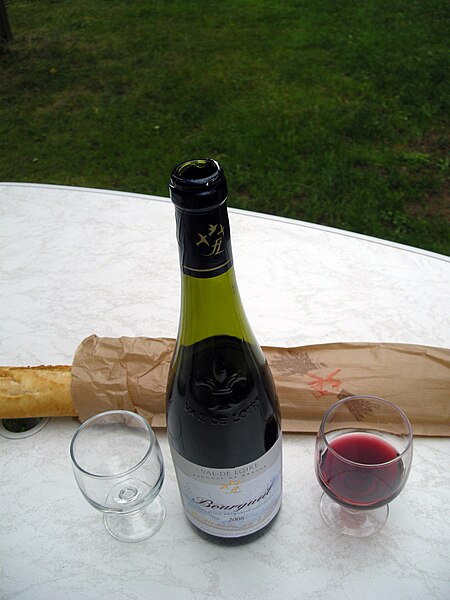 In France, is wine still a national treasure? Or is it a health risk? by James McAuley at The Washington Post. Brought to my dash via Eric Orange of LocalWineEvents.com (@worldwineevents)

Apparently the health minister of the country that gave us the French Paradox is railing against the consumption of any type of alcohol, including wine, touting the bold statement that “’In moderation’ shouldn’t be used anymore”. Yikes! Needless to say French vignerons (and the French President) aren’t pleased.

Personally, I think that while we shouldn’t sugarcoat the negative impacts of alcohol consumption, I firmly believe that “In Moderation” is a vital outlook for all things in life–including wine.

Damaged Wines to Hit the Market by W. Blake Gray (@wblakegray) for WineSearcher.com (@WineSearcher). Brought to my dash via Rabbit Ridge Winery (@RabbitRidgeWine).

Kind of like with used cars, wine buyers should be mindful of the possibility of hurricane, flood and fire damage wines hitting the market. Gray gives a lot of great tips from expert Maureen Downey (@moevino) on what to keep an eye out for. I found this quote from Gray the most helpful.

I would probably give wines that survive an earthquake a few weeks to recover from the “bottle shock” as well.

It’s important to note that heat-damaged wine is not immediately ruined. Heat affects the tannin structure of wine in unpredictable ways.

Some wines might even taste better shortly after being exposed to heat, but they will not last long in the cellar. Downey said when she knows she has a heat-damaged wine, sometimes she shrugs her shoulders, drinks it and wonders what it might have been if properly stored.

This is a takeaway you can use even if you have the unfortunate incident of “wine trapped in a hot trunk” during the summer. Accept that you probably lost some positive attributes. Give it at least a week to settle from the shock and plan to drink it soon. While miracles do exist and potentially the wine could still age and give pleasure, it’s better to err on the side of caution and enjoy it sooner rather than later.

While doing some research for my 60 Second Review of the Gifford Hirlinger Malbec, I stumbled across the very cool website Everyvine.com! I haven’t fully explored the site yet but I totally geeked out on their vineyard search feature.

You can zoom in on particular blocks and see where the different varieties are planted, get details about climate, topography and soils. Lots of fun stuff!

Washington wine grape 2017 harvest down by 16 percent by Andy Perdue (@GreatNWWine) for Great Northwest Wine. Brought to my dash via WinesNorthwest (@WinesNorthwest).

The headline sounds more jarring than it really is. Yes, the 2017 harvest was down but it was down compared to the record setting 2016 harvest that was the largest in Washington State history. Even Perdue notes in the 2nd paragraph that 2017 still tied 2014 for the second largest harvest in state history.

In a tweet reply, Lagana Cellars from Walla Walla (@LaganaCellars) highlights this and also gives some great insight about the vintage.

I’ll tell you why. It was a really cold and snowy winter-> some bud damage especially in Malbec and Italian varieties. Also, 2016 was a record year with amazing fruit set -> huge crop versus normal crop. #WAWine is still rocking!!

BTW, if you are not following Lagana Cellars on Twitter, you should. Like Rabbit Ridge Winery that I linked to above, I find lots of great content and behind-the-scene perspective from these winery accounts. They have great social media people running them. If you are in Washington, definitely check out Lagana’s wines as well. They were one of the stand-outs at my recent Walla Walla tasting. Haven’t had Rabbit Ridge yet but I’m sure I’ll rectify that in April when I’m down in Paso Robles.

But, headline and tweets aside, the big reason I linked to the Perdue article above was this fascinating little nugget about Riesling.

Riesling fell to 33,000 tons from 41,300. This is widely viewed as a market correction by Chateau Ste. Michelle, the world’s largest Riesling producer.

Whoa! When Chateau Ste. Michelle is pulling up Riesling vines, something is going on. I kind of get the idea of “market correction” but it doesn’t feel like we’re at a market saturation point for Riesling. If anything, I would think we’re getting close to being over saturated with Cabernet Sauvignon but Cab is Still King and still being planted like crazy.

This thing with Riesling is something worth exploring a little more. This year’s Riesling Rendezvous is in Australia with the event coming back to Chateau Ste. Michelle in 2019. I wonder if we’ll have more clarity about this “market correction” by then.