I’ve spent the last few days doing my civic obligation of jury duty, so I haven’t been able to post as much. Then, of course, there has been travel and the holidays. But as 2018 crawls to an end, I’ve found time to explore a few intriguing new titles. 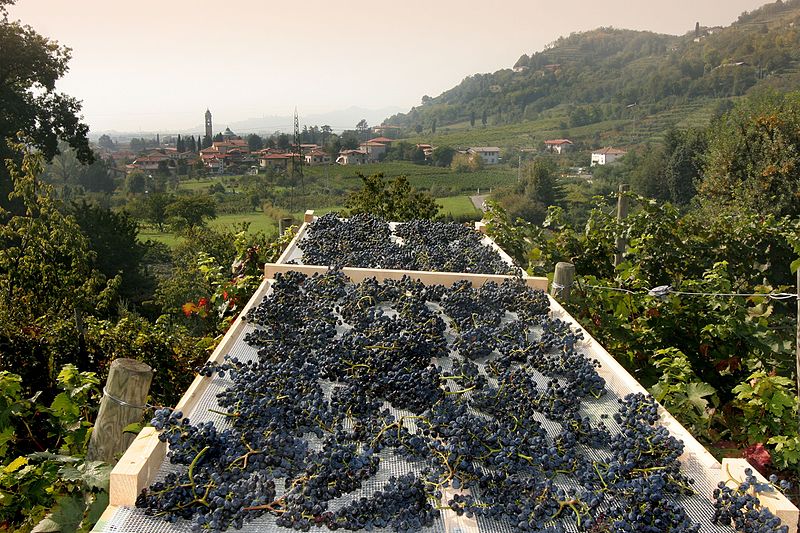 Now I know that at the start of the year, some folks like to dabble with “Drynuary.”  Advocates view it as an opportunity to “dry out” after the bacchanal of the holidays. I’ve never been a participant, but I respect those who give it a go. After all, they do say “absence makes the heart grow fonder.”

However, I tend to favor the English author Thomas Fuller’s spin on that phrase.

So even if you’re cutting back on wine to start the year, you can still resolve to strengthen your geekiness in 2019 with some fun wine books.

I was shocked to see the updated (226 pages) study guide for the Italian Wine Professional (IWP) course available for purchase by itself. Usually, you have to sign up for the course to get your hands on this text. Of course, that includes online/classroom study and exams. The price and timing will vary depending on the provider. For example, the Napa Valley Wine Academy is offering an 8-week online course for $795. The benefits of taking these types of specialist courses (there is also the Wine Scholar Guild that offers many certifications) is mixed. I’ve taken a few of the WSG offerings (Bordeaux & Burgundy) and learned a lot. I’ve founded them to be well-designed and highly immersive. For someone that wants to dive deep into a topic (and are okay with the cost), they’re well worth it.

But for industry professionals looking to buff up a resume? I’m more skeptical. Especially compared to credentials like the Wine & Spirit Education Trust and Court of Master Sommeliers, I don’t think these certifications hold much “sway.” If you’re going to spend upwards of $1000 for something that will pay dividends on a resume, you are far better off looking at things like the Level 2 Certified Sommelier Examination and the WSET Level 2 or even Level 3 Advance.

The Certified Specialist of Wine (CSW) and Certified Wine Educator (CWE) from the Society of Wine Educators can offer some resume benefits. But as a CSW, I can tell you that I’ve gotten far more credibility and job prospects from my WSET certifications. My winemaking and wine marketing & sales certificates from the Northwest Wine Academy have also helped but those cost me a bit more than $1000.

However, I don’t want to discount the value of the knowledge you can get from these courses.

Sicily is becoming one of the hottest wine regions in the world with wines from the Etna DOC, in particular, gaining attention. It probably won’t be long before this area gets promoted to a DOCG.
Wine students are well served becoming familiar with these wines.

As I noted above, there is a lot of good stuff here. That is why picking up essentially the textbook for the IWP at $49 is appealing.

I borrowed a copy of the 3rd Edition from a friend who paid for the full course. I was super impressed with how in-depth it covered nearly all of the 74 DOCG and most of the 300+ DOCs of Italy, including many of the intricacies of their various wine laws and regulations.

It’s far more scholarly than many wine books covering Italy. The closest would be the slightly outdated Vino Italiano: The Regional Wines of Italy (2005) by Joseph Bastianich and David Lynch. But even though the later has over 544 pages, I found that the IWP study guide included more precise details about the wine laws for many of the DOC/Gs.

The Cultivation Of The Native Grape, And Manufacture Of American Wines by George Husmann. (Released on paperback Dec. 18, 2018)

This historical encyclopedia of native American and hybrid grape varieties is 188 pages of pure geeky candy. Candy that I was super excited to see available for less than $7! It’s also a book that has a soft spot in this Missouri girl’s heart.

George Husmann was a 19th-century viticulturist who is considered the “Father of the Missouri Grape Industry.” Many people don’t realize how vibrant the Missouri wine industry was before Prohibition.

German settlers were reminded of their homeland when they stumbled upon the Missouri Rhineland in the 1830s. They planted vines in what eventually became the American Viticultural Areas of Hermann and Augusta. More than a century later, Augusta would beat out Napa Valley for the distinction of being the very first AVA created. 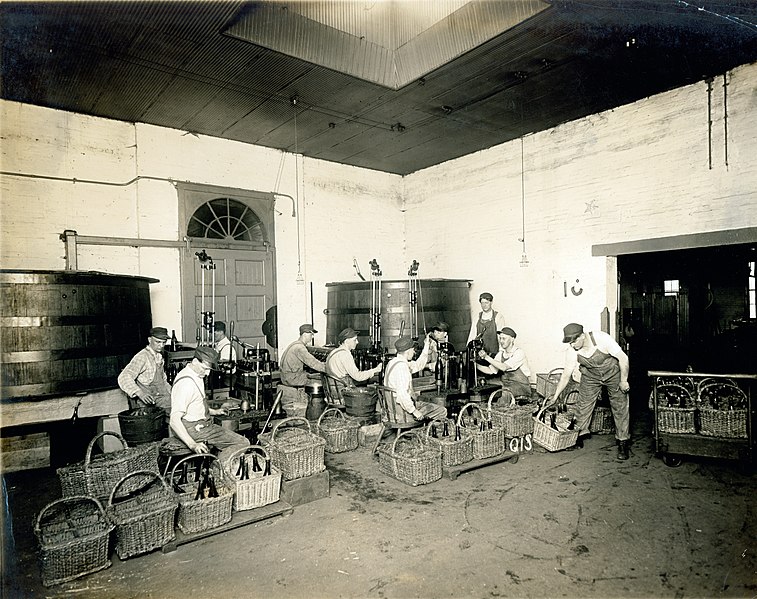 The American Wine Company of St. Louis was also a significant wine producer up until World War II. They created Cook’s Imperial sparkling wine before the brand moved to California after Prohibition.
Here workers in 1916 are bottling and corking wines at the Cass Avenue winery.

After Missouri entomologist Charles V. Riley discovered phylloxera as the cause of the epidemic that was devasting wine regions across Europe, it was rootstock cuttings of Missouri vines that helped saved the European wine industry.

By the start of the 20th century, Missouri was the second largest grape producer in the country–second only to California. Stone Hill Winery in Missouri, founded in 1847, was the 3rd largest winery in the world. Each year it would produce more than a million gallons of wine.

For folks who want to geek out more, the first volume of Thomas Pinney’s History of Wine in America (especially chapter 7) gives great insight into the long forgotten glory days and impact of the Missouri wine industry.

A Time Capsule of Geekiness 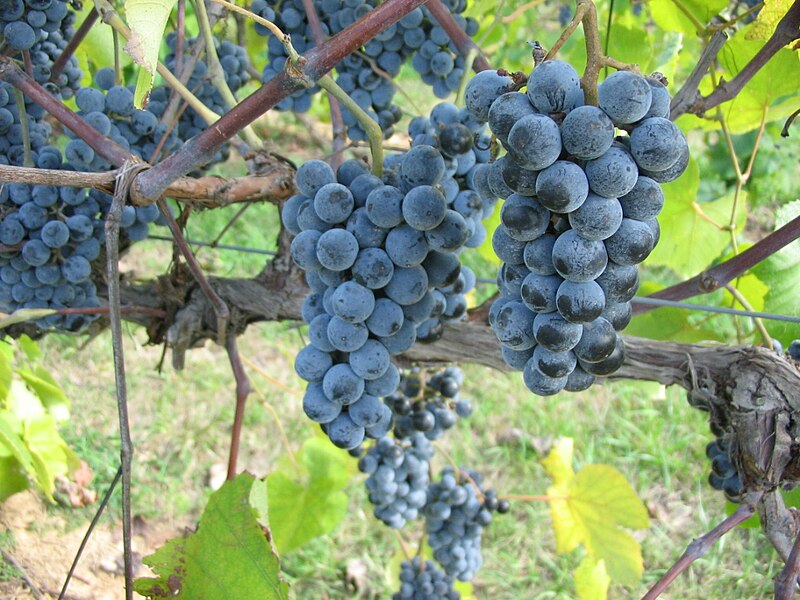 The native Norton grape, member of the Vitis aestivalis family, has long been an important grape of the Missouri wine industry.

Husmann’s 1866 The Cultivation Of The Native Grape is a time capsule about what the world of American wine was like in the mid-19th century. Many modern sources of American wine history (like Pinney) frequently cite this and other Husmann works such as The Muscadine Grapes, An Article on Pest Resistant Vines and Grape Investigations in the Vinifera Regions of the United States in their bibliographies.

Wine students don’t necessarily need to read these historical books to pass exams. But they do color in the portrait of American wine history in ways that many modern wine books can’t match. However, I don’t suggest paying a premium for these old books. But when you find them on the cheap, take a flier and broaden your perspective.

Sandrew Montgomery is a long time Napa fixture. He has worked at or been intimately involved with many of the region’s most iconic wineries. These include Far Niente, Chateau Montelena, Shafer, Caymus, Dominus and Opus One among many others. He’s also spent a significant time of his career in Sonoma. Here he has worked with legendary figures like Merry Edwards, Mike Benziger, Jeff Kunde, Sam Sebastiani and Jess Jackson.

Dancing Somm is a memoir of his long career and the developments he’s seen in the two valleys. As a wine historian and educator, he’s had a front row seat to many changes and events.

Compared to the scholarly and journalistic approach taken by James Conway in Far Side Of Eden and Napa at Last Light, I expect Montgomery’s memoir to offer a more personal and joie de vivre perspective. It’s another angle wine students can use to understand Napa and Sonoma’s remarkable growth over the last 40 years.