If you’ve been floating around the Wine Twittersphere anytime the last few weeks, I’m sure you saw The Tweet.

Like a Chia Pet doused in Miracle-Gro, the brew-ha over wine lists, anti-intellectualism, gatekeeping and winesplaining kept sprouting into sub-threads and subtweets.

A few readers asked for my take on the ordeal but I was too busy studying for upcoming exams to give it much thought.

Besides, the many different angles of this Twitter-controversy were more than covered by Robert Joseph, Esther Mobley, and W. Blake Gray‘s excellent summaries. I’ve never been a fan of regurgitating “hot takes” that’s already been aptly taken by folks more talented than me.

So I wasn’t going to write anything unless I could move the conversation forward, or maybe in a slightly different direction.

Then a recent cab ride took me by surprise.

Asking to go to St. Pancras for my train home, my cabbie responded by offering his congrats. In a split-second of paranoia, I wondered if he somehow worked part-time on the WSET Awards Panel, but no.

Instead, he was impressed that, despite my very clear American accent, I didn’t ask to go to St. Pancreas–a daily occurrence for him. (Though, apparently, this is not a mistake made by only Americans.)

The linguistic compliment was out of the blue because, usually, I am that American who horrendously mispronounces everything. 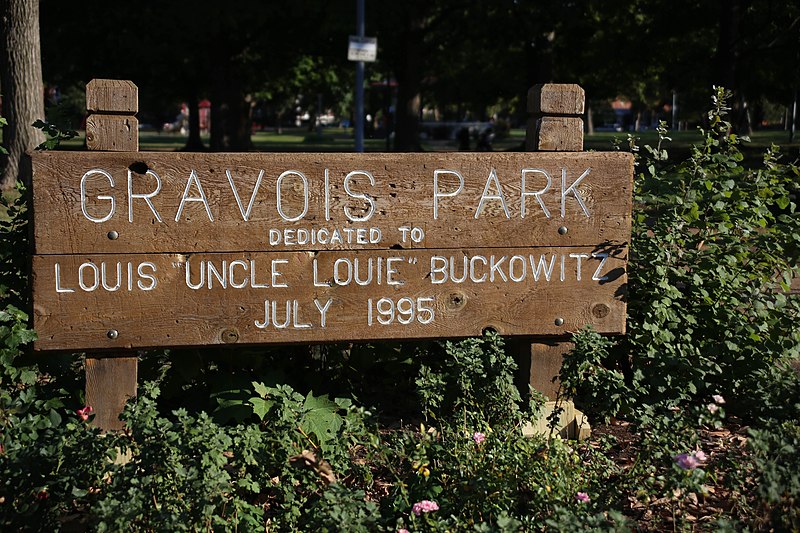 Ah, GRAV-oize Park–or GRAV-oy if you’re fancy.
Definitely not how the French (or most anyone else) would say it.

Growing up in Missouri, my tongue was certainly not taught the Queen’s English. It took many years of living in other areas, such as Washington State and Paris, to learn to stop “warshing the dishes” or that places like Creve Coeur and Carondelet are not pronounced as Creeve Core and Cah-ron-duh-let.

Lord knows that I’ve baffled more than a few London cabbies asking to go to the WSET School on Beer-mond-see. But eventually, I started getting the hang of Bermondsey (Berm-zee) and those interactions got easier.

Beyond pronunciations, I also got used to standing in a queue, instead of a line, and asking where the toilets are instead of the restroom, ladies’ room or bathroom. I learned that an entrée is only a bite or two, not the main course as it is in the US.

When someone in Europe tells me something is on the second floor, I know that’s a bloody lie because it’s actually on the third floor. But if I need help with my bags, I should use the lift instead of the elevator. While seeing dates like February 1st written as 1-2-2020 will still have me backtracking to January, I’m slowly starting to adopt those habits too.

All of these things are the “jargon” of everyday life.

And while it is embarrassing, intimidating and even shame-inducing to make mistakes, those moments are fleeting. Just because I’m not familiar with Britishisms and European quirks of language, doesn’t mean that they’re wrong.

The important thing is whether or not the interaction produced results. Did I get my cab to Bermondsey? Was I directed to the bathroom? Do I have the right ticket for next Saturday’s train ride or do I need a time machine back to January 2nd?

Now, yes, a dickish cabbie, waiter or ticket attendant could amplify the shame, panning my ignorance of the local jargon and customs. But they’re probably going to be a dick anyways even if I had perfect pronunciations and total acclimation. That’s just how some people are.

It’s not the jargon or customs that are wrong. Sometimes an asshole is just an asshole. 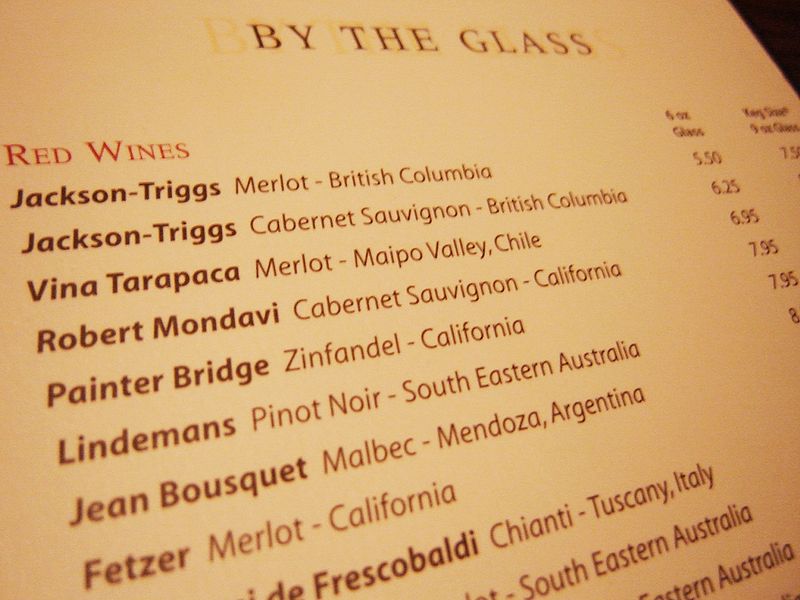 Bold typeface is your friend.

Going back to the Helen Rosner tweet, many people noted that simple design fixes like bolding keywords and a better layout would have helped.

Folks like Robert Joseph brought up that the thread was a good reminder that we shouldn’t forget what the purpose of a wine list is.

Ultimately, it’s to sell wine. It’s a tool to communicate.

Like any tool, it can be used poorly or effectively.

On the sales floor, I actively listened for jargon from my customers. Because it clued me in on what level of familiarity they might already have with wine. This better focused my questions and gave me a good idea of how I should proceed.

In this way, jargon is like shorthand or a schema.

Someone coming in and telling me that they don’t like “bretty wines” gives me a completely different starting point than someone telling me that they don’t like wines that “smell weird.” Or they use terms like acidic and sour compared to bright, fresh or “crunchy.” (That last one provoked another interesting Twitter thread which eventually won me over to the value of “crunchy wines.”)

It’s the same thing when people tell me that they love “Burgs.” Their shorthand familiarity lets me know that I probably don’t need to insult their intelligence by making sure they know that Pinot noir and Chardonnay are the grapes of Burgundy.

However, if someone says they’re a Chard fan, I may still need to feel around more to see where they’re coming from. Here too, peppering my words with a measured amount of jargon (minerally, malo, oaky) could help in seeing how they respond.

But the onus on me, as the salesperson, is ultimately to understand and communicate with my customer. Especially if I want to actually make a sale. Just as it doesn’t help the London cabbie wanting the fare to get dickish or “play dumb” over St. Pancreas or Beer-mond-see, there’s no value in a sommelier or wine steward belittling a customer who isn’t familiar with our language and customs. If you want the perfect example of a “crunchy wine” seek this out. A crazy delicious Pinot noir, Pinot Meunier and Pinot gris (yes, really!) blend from the Adelaide Hills.

Yes, it’s littered with neologisms and strange parlances that make normal folks want to flee. There’s always going to be a cottage industry trying to make wine simple and accessible to those normal people.

We should be mindful of the language we use and whether or not we’re communicating effectively. But that doesn’t mean we have to ditch the jargon completely to be able to talk to less wine-savvy folks. Likewise, Europeans don’t need to “Americanize” the pronunciations of places or change their terminology to accommodate tourists and transplants.

Instead, we should be like cabbies–trying to understand just enough so we can get our consumers to their wine destinations. Eventually, if they keep coming back, they may pick up a bit of our jargon–making future interactions easier.

And who knows? Maybe someday they’ll even enjoy a Burg on Bermondsey.

In Defense of Jargon