I’m working my way through Neil Gaiman’s MasterClass where I just finished Chapter 17 on editing. I adore the advice that Gaiman gives here on the importance of looking at your work through the eyes of the reader. 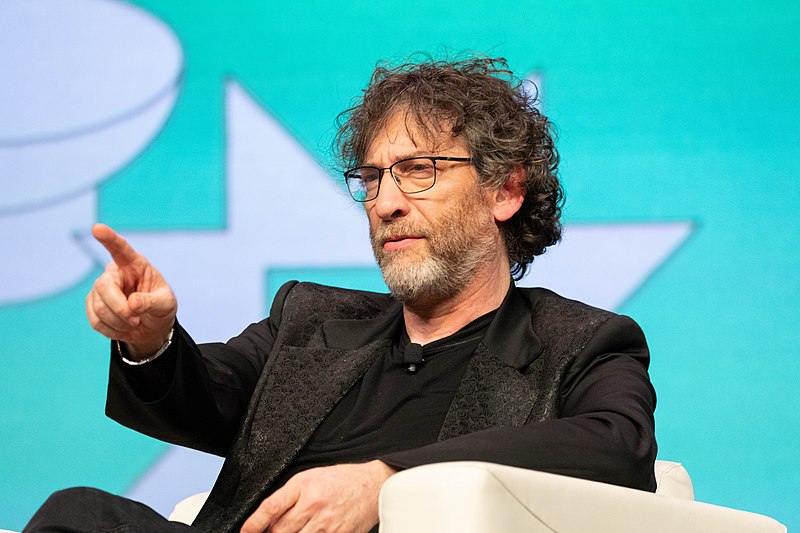 When he finishes a draft, Gaiman sets it aside for a week or so. Then he returns to as if he’s never seen it before in his life. He brings with him all the expectations that he would have as a reader–to be entertained or enlightened and wanting to follow a good story that makes sense with no dangling loose ends.

Often in his first draft reading, he’ll find many unsatisfying marks that he’ll annotate for Gaiman the author to later revisit. It might be a character that Gaiman the reader wanted to learn more about or a battle whose descriptions felt far too truncated to immerse himself into the story.

I love the simplicity of that advice. Yet, I don’t doubt that it’s difficult to follow through on. Beyond the troubles of divesting yourself emotionally from something you’ve created, there’s also the challenge of “forgetting” all the knowledge you take for granted.

I see these same difficulties when it comes to wine marketing where we rarely stop and think like a consumer.

Now I’m not talking about market research and consumer studies. 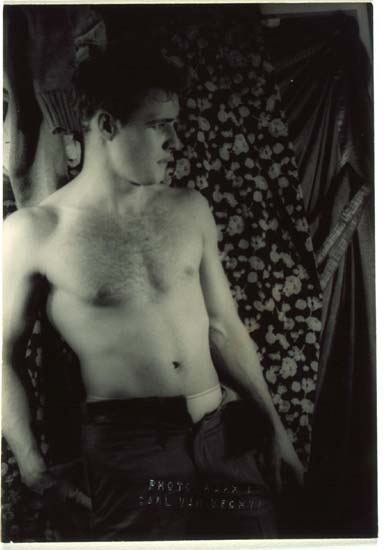 Do note that you don’t need to take off your shirt for this exercise. Though, seriously, DAMN… Marlon Brando.

I’m talking about walking into a store or sitting in front of a restaurant wine list and looking at it like you don’t work in the industry at all. Think Marlon Brando-ing instead of branding.

I’m talking about asking the question “What influences me?” and “How do I decide?” in those situations as if you were a regular consumer.

By doing that, by taking fresh eyes to a marketing dilemma, there are many insights to gleam that are not going to be measured by metrics. To win consumers’ hearts and wallets, you have to first get into their heads.

So what influences you?

Well, you might be. But if you’re truly channeling your inner Marlon or Meryl Streep, the odds of these influencers actually influencing most regular consumers are fairly low. Pretty much any list of top influencers should prominently feature the Beyoncé of Wine.

Even among some of the genuinely notable influencers on those lists like Jancis Robinson, Jamie Goode, Robert Joseph, Fiona Beckett, Alder Yarrow, Karen MacNeil, etc., the extent of their influence is felt far more on wine industry folks than consumers.

Yes, there is a segment of highly engaged consumers who subscribe to wine magazines, read wine blogs, comment on forums and follow influencers on social media. But even in the wettest of winery owners’ dreams, this segment is rarely ever more than a minority of wine consumers.

How do I decide?

Go back to that wall of wine. Pick up that wine list and look at them again as a consumer. How would you decide?

Depending on your mood and the occasion, you’re likely going to do a couple of things.

1.) Go with what you know or at least what you see everywhere (i.e., the McDonald’s/Starbucks wines that dominate supermarkets) The Bacon Numbers of Wine Influence.
The further you are away from the consumer, the less influential you will be.

2.) Phone a friend or ask the wine steward and sommelier for advice (Folks with Bacon numbers of 1 in the Wine Influence Sphere)

3.) Google “Best wine for blah” or pick the most interesting label or wine name and Google it to see if it’s not plonk.

And here, with this last option, do we find where wine influencers can actually make a difference.

Influencers aren’t helping you at the beginning of the consumer journey, but near the end.

Every marketing student has seen the familiar consumer journey map documenting the path from brand awareness/familiarity to consideration and then purchase with hopefully loyalty/advocacy coming soon after. The reality is not that linear, but it’s a solid starting point.

The problem with the wine industry’s relationship with influencers is that we’re often thinking more like marketers instead of consumers. It’s easy to assume if we see influencers work in other sectors such beauty, fashion and tech with generating brand awareness then that is how they’re going to work with wine.

But wine is not like beauty, fashion or tech. Consumers aren’t scrolling through social media feeds and blogs looking for something to “inspire” them to drink. Again, step back and put yourself in a consumer’s shoes. Think about how you shop for things–what catches your attention on impulse versus something that you deliberately look for.

If you want a better comparison with wine, think about taking a vacation.

Yes, sometimes the inspiration to travel can come as an impulse. A picture or a story of an exotic location can come out of the blue to capture your imagination. But more often you have a general sense of where you’d like to go–if not a particular place in mind.

Somewhere with a lot of feral cats…

Or somewhere not too expensive.

And then what do you do? You start Googling about your somewheres until eventually you find just the right “where” that fits your mood and occasion.

Wine consumers do the same thing.

I can’t tell you how many times on the sales floor I witnessed a consumer break out their phone and start googling. Of course, I was trying my best to be their in-person influencer but, for whatever reason, some customers just want to ford ahead on their own. However, it’s not really on their own because they still want some sanctification of their choice.

So they turn to the almighty influencer of Google to see what comes up. Sometimes they’ll have a particular place/wine in mind–like a Napa Cab or a German Riesling. Sometimes it’s more generic like “Best wine to pair with risotto” or “Best red blend under $20”.

Often it’s a particular wine that caught their eye or even a double-checking of what the wine steward or sommelier recommended. You know, just to be sure.

This is the consideration stage of the consumer journey. 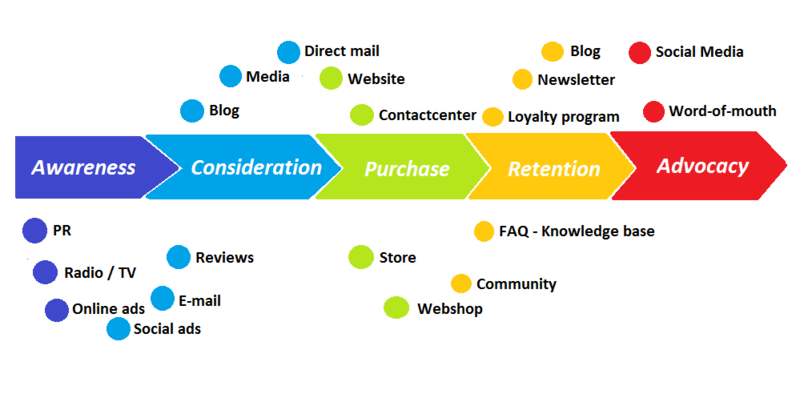 Wine blogs and most non-consumer social media (i.e., influencer posts) are most effective when you’ve got the consumer already considering your wine.

This is where the consumer is looking to buy. They already have an awareness of “Brand Wine” and even a vague familiarity of what they want. But they’re honing their choice down to a particular wine and looking for something to verify that they’re making the right selection.

Often winery websites will show up on these Google searches. They might be clicked so wineries shouldn’t overlook how valuable this experience is. However, let’s again step back and think about this as a consumer. If you’re looking for an unbias confirmation, you’re probably going to skip the winery website.

Instead, you’re going to look for links that seem to be objective and knowledgable. And you’re probably going to find a lot of sites belonging to wine influencers. (Hopefully, those influencers are upfront and ethical about noting wines received as samples.)

This is why it’s absolutely vital for wineries to be paying attention to what kind of content shows up on these “consideration searches.”

A Winery’s #1 Influencer Metric — What kind of content are they producing? 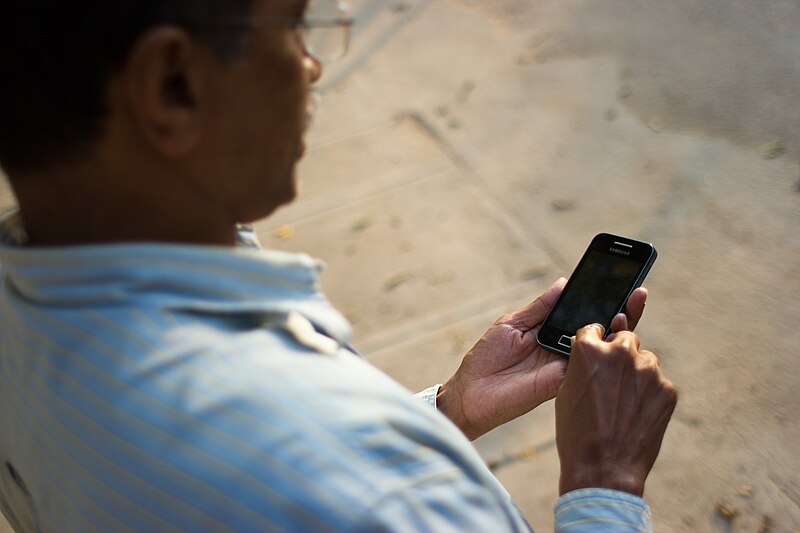 Smartphones are the new Wine Spectator.

And where does it show up on Google rankings of search terms that my consumer might actually be googling?

The entire marketing community is waking up to the fact that influencers’ engagement metrics and followers are hugely gameable. I honestly don’t think we’ve even scratched the surface with the extent of fraud that is going on in the influencer community.

However, the marketers who are telling wineries to invest in micro-influencers aren’t necessarily blowing smoke up the bum. Though I would be very wary of the ones who don’t strongly advocate thoroughly checking out and doing research on an influencer they’re partnering with. But a massive part of that research should be spent on looking at the quality of the content that the influencer is producing. Metrics can be gamed, but good content stands on its own.

But wait, Amber, aren’t you one of these so-called influencers?

Yeah, I have a samples policy and will write posts about wines and tasting I’ve received. But I don’t buy into the “influencer lifestyle” and have no problems being blunt about that.

That’s because I tend to think more like a consumer and winery owner instead of a blogger/influencer. Ah, yes. Internship days. The boss didn’t want to pay to use a sorting table but wasn’t happy about the number of jacks that were coming out of the crusher/destemmer.
So he stationed the interns underneath the crusher bin to pick out jacks while grapes rained down on us.
I swear I rung at least a 375ml of juice out from my hoodie.

While I’ve studied wine marketing in school and continue to study it with my WSET Diploma studies, a considerable part of my outlook stems from years working in the trenches of wine retail. I didn’t cut my teeth in conference rooms telling wineries what will help sell their wines. Instead, I spent it on the floor actually selling wine and learning first hand what consumers responded to and what they didn’t.

But, as I noted in my bio, I also worked at wineries and gave a lot of thought to starting a winery.

My wife also studied winemaking and while we’re finding that the technology sector pays significantly more, the idea of “a retirement winery” somewhere down the road is still on the table. Only I know that running a winery is not really retirement but a heck of a lot of work. Making wine is the easy part. Selling it is the challenge.

So when I write posts like this, I’m not just sharing sentiments earned through my studies and experience. This is the advice that I’m taking to heart and what I will do when it’s my money, my brand and my success on the line.

And here’s exactly how I would approach partnering with influencers.

1.) I would Google, Bing and Yahoo the shit out of my winery’s name and any phrases that would be tangentially related to my wines. Brainstorm away with things “Best Cab under X”, “New York wines to try”, “Best wine to go with toasted ravioli”, “Dry Creek Zinfandel”, “Sustainable Sangiovese”, etc.

2.) Note which wine writers and bloggers show up in results on those queries. While search engine optimization is its own Pandora’s box to figure out, it’s never a bad place to start with influencers who are already trending on pages 1 and 2 of relevant search terms.

3.) Check out the sites, look at the quality of their content–particularly with how they show up on mobile phones. Again, think through the eyes of a consumer who is likely going to be doing their Googling in stores and restaurants. Also, note that search rankings are often different on mobile versus desktops with sites like Google favoring mobile-optimized websites on mobile devices with a higher ranking. (Oh, clear your cookies/go incognito with your searches for more accurate results too!)

I would also do searches on Instagram and Twitter under relevant hashtags. Make sure to check out what kind of cross-platform content your potential influencer partner creates here as well.

Now I’ll freely admit that I’m not acing all these things here on SpitBucket.

But I’m not writing this for my benefit as a blogger.

Instead, I’m taking Neil Gaiman’s advice and looking at this through the eyes of the reader–which these days on SpitBucket is mostly wine industry folks. So, if you don’t mind, I’ll spare you the pandering and BS.