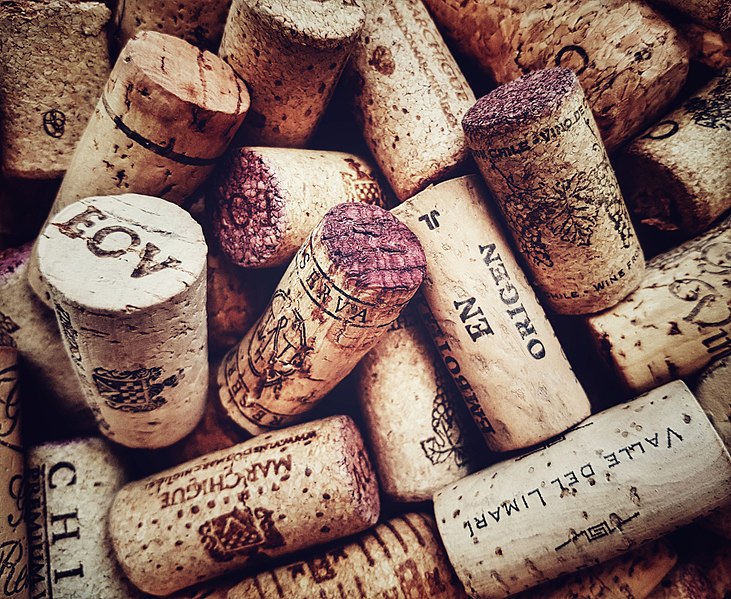 This scandal has been making waves in the wine world for a couple days now but this report from Mustacich is the first I saw that named names–pointing to the négociant firm and bulk bottler Raphaël Michel. This is important because when consumers read headlines blaring that 66 million bottles or 15% of the Côtes du Rhônes produced from 2013-2016 were cheap swill passed off as higher AOCs, that naturally cast suspicion on every bottle of Rhone.

It also doesn’t help when publications like The Daily Mail use pictures of esteemed estates like Ch. Beaucastel and Clos de Papes as the illustration for their article that talks about Raphaël Michel’s CEO, Guillaume Ryckwaert’s, arrest back in August 2017.

With Wine Spectator getting the name of the real culprit out there, consumers should know that the Rhone wines made by established and small family producers are not part of this scandal. Unfortunately, it is not easy finding all the names of the bulk wine and négociant labels that Raphaël Michel produces (their eShop has only a few names) so the best advice for consumers is to do their homework. If you’re at a wine shop and see a Rhone wine from a producer you don’t recognize, Google them to see if they have an online presence that connects them to a real person or family behind the wine.

Buying guides like Master of Wine Benjamin Lewin’s (@BenLewinMW) on the wines and producers of the Northern and southern Rhone are also valuable resources.

Tablas Creek Founder Dies by Rupert Millar (@wineguroo) for The Drinks Business (@teamdb). Brought to my dash via Vino101 (@Vino101net)

The death of Tablas Creek founder Robert Haas is a great loss for the industry and my condolences go out to the Tablas Creek family. The entire Tablas Creek operation is top notch and I recently charted my path to becoming a wine club member there in my post Wine Clubs Done Right.

Beyond just the establishment of Tablas Creek winery, Haas had far reaching influence in the Rhône Ranger movement by pioneering the introduction of several Rhone varieties to the US.

Haas and Tablas Creek did the heavy lifting in getting cuttings from Chateau Beaucastel through quarantine and TTB label approval for numerous varieties like Counoise, Terret noir, Grenache blanc, Picpoul and more. Additionally the high quality “Tablas Creek clones” of Syrah, Grenache and Mourvedre have populated the vineyards of highly acclaimed producers throughout the US.

For that we should all grab our favorite bottle of Rhone grapes (even better if it is Tablas Creek) and toast the amazing legacy of Robert Haas.

THE FUTURE OF FERMENTATION: THE ROLE OF SYNTHETIC YEAST IN WINEMAKING by Becca Yeamans Irwin (@TheAcademicWino) for Spirited Magazine. Brought to my dash via Wine & Spirits Guild (@WineGuild).

This was a very timely article for me as I just finished reading Clark Smith’s Postmodern Winemaking which deals with some of the philosophical issues and conflicts between improving wine technology, the Natural Wine movement and the winemakers caught in the middle who just want to make good wine.

I’m not going to add any commentary at this point because Smith’s book has given me a bit to chew on. It’s clear that there is still a lot of discussion to be had about the “Future of Fermentation” with Yeamans Irwin’s article adding some worthwhile insight into that dialogue.