Summer’s coming which for me brings visions of lounging in the sun with a nice glass of rosé and something geeky to read.

As I get my summer reading list in order, here are a few new wine books that are being released in May and June.

Speaking of rosé, I must admit that I shudder at thought of “frosé” with its syrupy sweet slushie take on the Provençal classic. Soda-pop wine cocktails have never been my thing. But my curiosity is piqued at what talented bartenders can do crafting serious wine-based cocktail recipes. The popularity of Sherry cocktails has helped sparked new life and interest in the phenomenal wines of Jerez–taking Sherries out of your grandmother’s decanter and turning them into Adonis.

I fret that with the flood of really crappy rosés on the market, we may need to hit rock-bottom first with our brosé, frosé, 40 oz bottles and gummy bears before we’ll get a “renaissance” of taking rosé seriously again. Judging from the book’s description, Rosé Cocktails may not be a rudder steering us towards that seriousness (compared to say Jennifer Simonetti-Bryan’s Rosé Wine and Elizabeth Gabay’s Rosé: Understanding the pink wine revolution which have thankfully less liberal mentionings of “frosé”) but I’m hopeful that Charles’ book will at least offer the bros 39 other options apart from turning their rosés into wannabe frozen margaritas.

A Short History of Drunkenness: How, Why, Where, and When Humankind Has Gotten Merry from the Stone Age to the Present by Mark Forsyth. Released May 8th.

Considering this is written by the same guy (The Inky Fool) who wrote the uber-geeky The Etymologicon: A Circular Stroll Through the Hidden Connections of the English Language, I have a feeling that there will be a lot of fun word play and nerdy trivia in this 286 page “short history”. 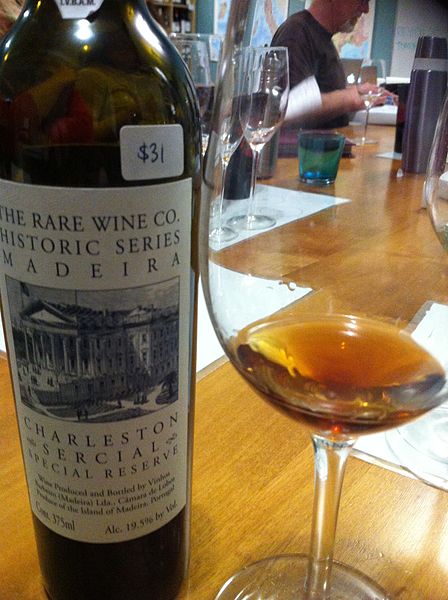 Frankly a couple glasses of Madiera puts me in the mood more to cuddle with dogs than anything else.

In fact, I would LOVE to see a book focusing on the etymology of grape names and wine words. You can find bits and pieces of things in various books (like Jancis Robinson’s Wine Grapes) but even that doesn’t go quite into detail about things like how did the Esgana Cão (Sercial) grape of Madeira and Bucelas DOC get the name “dog strangler”?

Wine Grapes suggests that it was because of the grape’s “fiery acidity” but that makes more sense as an explanation for the Friuli red grape Tazzelenghe (tongue cutter) than it does for “dog strangling”. Then you have Mourvedre which has a similar synonym “Estrangle Chien” that is instead attributed to the grape’s high tannins and tough skins.

I’m not expecting A Short History of Drunkenness to clear any of that up but mostly I’m just excited by Forsyth’s foray into the world of wine and hopeful that he’ll keep applying his sharp wit and geeky gifts to more vinous volumes.

Tasting the Past: The Science of Flavor and the Search for the Origins of Wine by Kevin Begos. Release date June 12th.

Wine wasn’t necessarily “invented” but its ancient origins and how civilizations accidentally discovered it, time and time again, is a fascinating topic. Two must-reads for those wanting to geek out about wine’s origins are Patrick McGovern’s Ancient Wine: The Search for the Origins of Viniculture and Hugh Johnson’s Vintage: The Story of Wine.

From the book’s description, it looks like Tasting the Past is going to focus on Begos’ personal journey through the modern remnants of ancient wine cultures in the Mediterranean, Middle East, Caucasus and the Americas–probably intermingling with historical details of wine origins in those places. That is an interesting approach that will be different from McGovern and Johnson’s work or even Paul Lukacs’ 2007 book Inventing Wine: A New History of One of the World’s Most Ancient Pleasures.

I’m particularly intrigued by Tasting the Past’s promise to explore “distinctive wines from a new generation of local grapes” which suggests plenty of geeky fodder involving unique grape varieties and characterful wines that depart from the “same ole, same ole”.