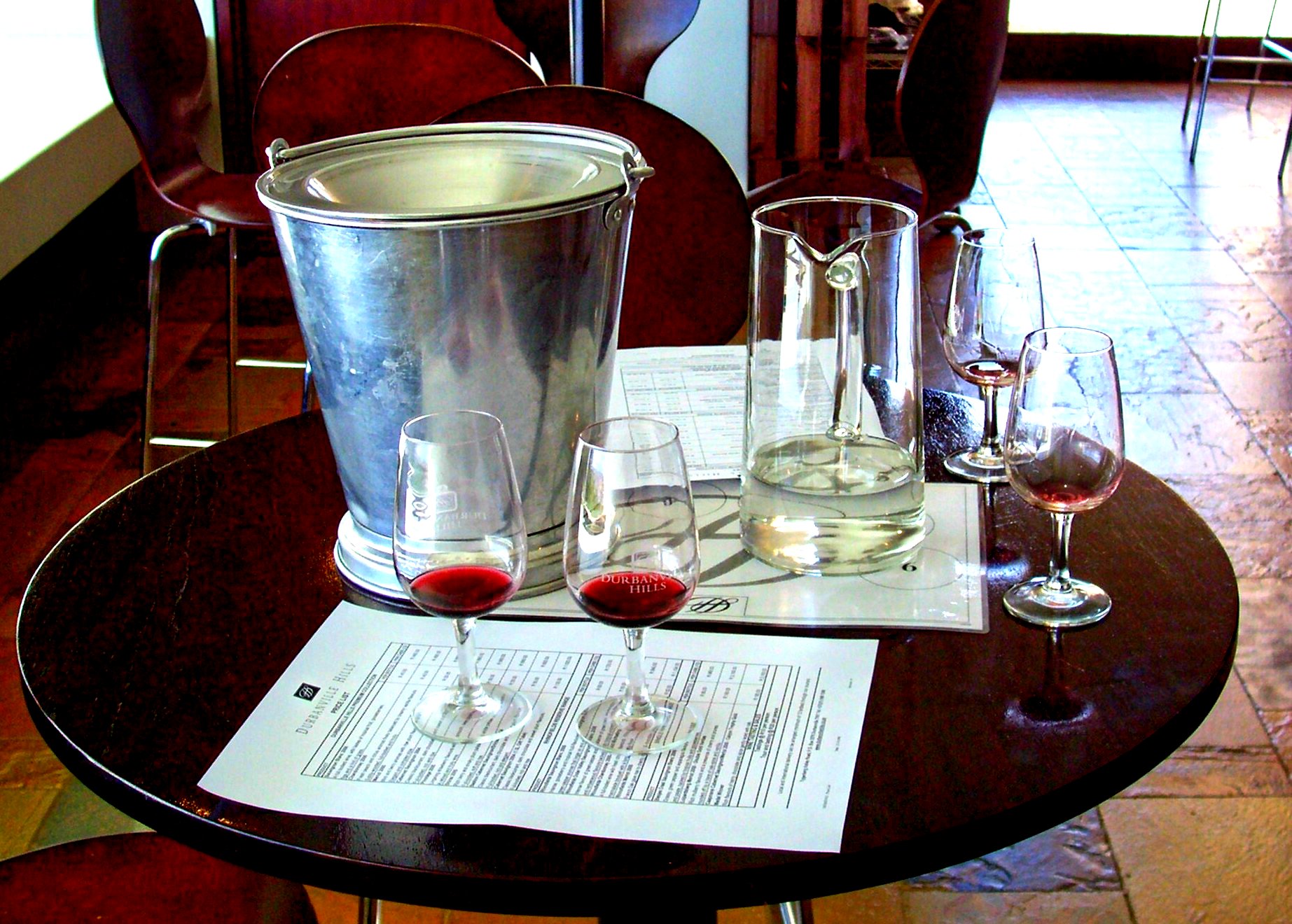 It’s been a busy couple weeks for travel, so I missed the latest brew-ha on the Wine Twitterati.

This time it was over online UK wine retailer Naked Wines’ ad campaign on the “5 golden rules to choosing a good bottle of wine”.

The original post has since been made private, but Oliver Styles at WineSearcher.com and Joe Roberts at 1WineDude have good write-ups with details and the fall-out.

The brunt of the dust-up was over the insinuation that trusting “real customer reviews” (like those of CellarTracker, Vivino and, of course, featured on Naked Wines) is better than relying on medals awarded by wine competition or those of professional wine critics who “…need to seem useful, or they’ll be out of a job! So they invent trends and get paid to push you toward certain wines.”.

I’ve made my feelings about wine competitions known in my post Wine Competitions — Should Wine Drinkers Care?.  I think Styles and Roberts more than ably dispel the notions that wine critics “create trends” to seem useful. Frankly, that idea is ludicrous.

Some of the most significant trends in wine today are the use of virtual/augmented reality labels like those pioneered by Treasury Wine Estates for their 19 Crimes, The Walking Dead and Beringer wines as well as can packaging for wine, bourbon barrel aging and wine-hybrid infusions like Apothic Brew. None of these are trends that professional wine critics would touch with a 10-foot poll–much less invent and “push.”

However, I do want to talk about the trusting “real customer reviews” part.  Is this is really a great idea?

I say that with the utmost affection as a self-proclaimed “wine geek” but it’s true. We’re not normal. Around 95%+ of wine drinkers just want to open up something tasty to drink or have with dinner. Yet, we “wine folks” obsess over the minutiae of minerality, typicity and terroir. We seek stories when regular wine drinkers just seek satisfaction. We desire depth and complexity when the average consumer wants value and consistency. 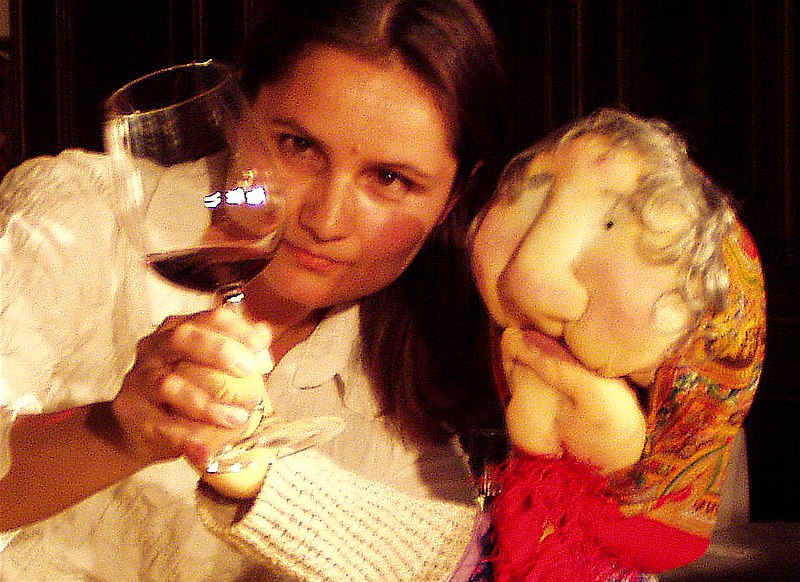 Some of us even taste with puppets. (Austrian performer Karin Schäfer)

We’re two different beasts. Considering that professional wine critics and writers surround themselves with wine for a living, it’s almost like we’re living on two different planets when you listen to “wine people” versus “wine drinkers” talk about wine.

Then you add in the inherent air of snobbery that permeates throughout the wine industry. It’s not hard to see how “regular people” can be inclined to ignore the critics in favor of the opinions of regular Joes and Janes like themselves.

I can sympathize with this view and touched on the value (or lack of value) of expert opinions in wine in my post Jamie Goode is a tool, so I’m not really going to get into a debate here about “Real People” vs. “Real Experts.”

Instead, I’m just going to lay naked my skepticism and cynicism about “crowd-based reviews” because of how easy it is for wineries and mega-corps to game and manipulate them–and, in general, how useless ratings tend to be.

Have Internet, Will Troll

There is a litany of online resources and stories about how businesses can game Yelp’s review system to improve their ratings and rankings.

The most common method is creating “fake reviews” which Yelp, being a multi-billion dollar company, dedicates millions of dollars in labor and technology resources to combat. But it still happens. Oh and never mind the potential ethical quandary with advertisers.

And it’s not just Yelp, but virtually every user-based review platform is susceptible to people playing games like TripAdvisor for restaurants and hotels or any online poll ever created.

Now ask yourself, do you think wine user-based review platforms like CellarTracker or Vivino have even a fraction of Yelp or TripAdvisor’s resources to combat gaming, rating manipulation or fake reviews?

Of course, they’re going to try their best, but the Internet will always be better. Any winery or mega-corporation with a little time/marketing budget/interns/desire can draft a plan to create enough accounts and reviews to drive the narrative they want to be told.

Confession time–I regularly use CellarTracker. I don’t post reviews there, but I’ll read the reviews of friends I know and sometimes use their feedback to make purchasing decisions. I’ll also use it gauge drinking windows of wines that I already own since the likelihood of a fake winery review saying “Yeah, you better wait 2-3 years before opening this up. It was super tight”–is pretty low.

I downloaded and played with Vivino a few times (and still have the app on my phone), but the amount of eye-rollingly bad 3.5-4.0 rated wines has dismayed me of its usefulness. I do agree with The Wine Daily though that most of the wines with meager ratings (like 2.5 or less) tend to bear out.

But I’ve had tons of truly stellar wines in that “no man’s land” rating of 2.6 to 3.4. Yet these wines are often overlooked because 3.5 is the “new 90 points”. This is one of the many reasons why I eschew the use of numerical ratings and instead evaluate wines on value. And then there are 29,000+ people with different tastes in wine.
Unfortunately, there isn’t an easy way (that I know of) on apps like Vivino to personalize ratings and filter out people who give high scores to wines you don’t enjoy.

Even when we let the masses of “regular wine drinkers” indulge in their inner Robert Parkers, we still end up with the same pratfalls that we get with professional critics. Good wine still gets overlooked if it doesn’t achieve some magical number.

Moral of the Story — Trust yourself

The only fail-safe method of buying wine is to accept that there isn’t a fail-safe. A highly rated wine (regardless of who or what is giving the rating) is not a guarantee of anything. It’s kind of like finding out Santa isn’t real, I know, but instead of despairing, this instead should be freeing. Life is about trying new things and if you’re not beholden to rankings or ratings, then you have a whole world of wine in front you to explore.

Sure, a review or word of mouth recommendation may have steered you towards that path. That’s fine. There is nothing wrong with that. But ultimately in deciding that this new thing was now a personal favorite you didn’t default back to their judgment. Instead, you made up your mind that this was something wonderful that you wanted to experience again.

The One Universal Truth

Here’s one universal truth to cling to–everything, and I mean everything, that you ever fell in love with started at one point as something you hadn’t tried yet.

Your favorite experience, food, musician, movie and, yes, wine began at some point as something new to try. The only way you ever discovered these joys and pleasures was by putting a foot forward and taking a chance.

That is why you shouldn’t be afraid to branch out and try something that hasn’t been reviewed or doesn’t have the magical 90+ points/3.5 ratings. Whether one critic or a 1000 internet strangers reviewed the wine, none of them are going to have the same palate as you. And not a single one is going to be giving you their wallet to make the purchase.

Everything always falls back to you and that is why you, and only you, are the best judge of what you should be drinking.