As we continue our research on the 2017 Bordeaux Futures campaign, we head to Pomerol to look at the offers for Ch. Clinet, Clos L’Eglise, L’Evangile and Ch. Nenin.

To learn more about our general philosophy and buying approach to Bordeaux futures, check out previous posts in our series.

Also be sure to subscribe to SpitBucket to get the latest updates.

With vines planted since at least 1785, Ch. Clinet has a long history that includes being owned by the Arnaud family of Petrus fame. Clive Coates notes in Grands Vins: The Finest Châteaux of Bordeaux and Their Wines that in the early to mid 19th century, the wines of Clinet were among the top wines of Pomerol selling for the same price as Petrus.

Eventually the property came into the hands of the Audy family which Jean Michel Arcaute married into in the 1970s. Coming from his family estate of Château Jonqueyres in the Entre-Deux-Mers, Arcaute took over management of Clinet in the 1980s and brought in Michel Rolland as a consultant. Until his death in 2001 from a boating accident, Arcaute instituted many changes in the estate that rapidly improved the quality of Clinet including green harvesting, declassifying more of the crop to the second wine and decreasing the plantings of the Cabernet Sauvignon in the vineyard. At the 2017 UGC tasting the 2014 wines of Pomerol, including those of Ch. Clinet, were drinking remarkably well.

In 1998, Clinet was purchased by Jean-Louis Laborde whose son, Ronan, took over managing the property in 2004. Laborde continued many of Arcaute’s practices including further replacing under-performing Cabernet Sauvignon vines. He also reduced the amount of new oak used from 100% to around 60% and developed a value brand for declassified fruit known as Ronan by Clinet.

The vineyards of Clinet are situated high on the plateau of Pomerol neighboring many of the top estates of the commune including Petrus, Lafleur, l’Eglise-Clinet, Clos l’Eglise, Feytit-Clinet and Trotanoy. A parcel of old vine Merlot, known as La Grand Vigne, dating back to 1934 is located on deep clay and gravel next to Pomerol’s church and usually represents around 20% of the final blend of the Grand Vin. In addition to the Ronan by Clinet bottling, the estate also produces a second wine, Fleur de Clinet.

Reminding me of the 2014, the 2017 Château Clinet is a beautiful, dense, concentrated wine that has terrific notes of blueberries, spring flowers, and chocolaty oak. It’s very much in the style of the vintage with its cool, perfumed aromatics and sensational purity of fruit, yet it also has richness and weight. It’s a brilliant Pomerol. — Jeb Dunnuck, JebDunnuck.com

As I was following the progress of the 2017 vintage and the aftermath of the devastating April frosts, Pomerol was one of the regions I was most concerned about. While it looks like top estates on the plateau benefited from their slightly higher elevation and financial resources to take action, no one should approach the 2017 Bordeaux Futures campaign expecting to find values coming out of Pomerol.

While I am glad that Clinet didn’t try to price their 2017 north of $100 like the 2015/2016, paying $83+ isn’t very compelling to me personally. This is especially true with the very delicious 2014 Clinet hovering around $70 a bottle. That was one of the standout wines for me during the 2017 Union des Grands Crus de Bordeaux tasting and I’m quite pleased that I bought several bottles. Also if I’m looking for a stellar value (or a very reliable restaurant pour), the 2014 and 2015 Ronan by Clinet are still out on the market in the $15 range. 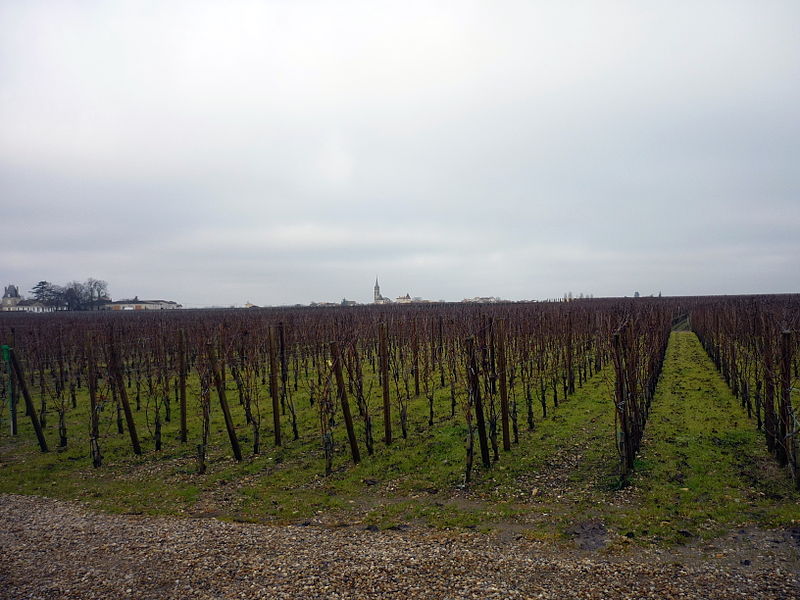 Once part of the large Chateau Gombaude Guillot estate, Clos l’Eglise (along with what would eventually become Clos l’Eglise-Clinet) were cleaved off in the 1880s.

The 17th edition of Cocks & Féret’s Bordeaux and its Wines notes that in 1925 when Savien Giraud, president of of the Winemaking and Agricultural Union of Pomerol, submitted a classification of Pomerol’s top estate to the Bordeaux Chamber of Commerce that Clos l’Eglise was listed among the “First Growths” of Pomerol along with L’Evangile, La Conseillante and Vieux Château Certan.

In the 1970s, the property was under the ownership of the Moreau family who modernized the facilities and began a replanting regime in the vineyard to uproot the nearly 20% of vines dedicated to Cabernet Sauvignon in favor of Merlot. These efforts continued when Clos l’Eglise was purchased by Sylviane Garcin Cathiard, sister of the owner of the Pessac-Leognan estate Smith Haut Lafitte.

Today the estate is managed by Sylviane’s daughter, Hélène Garcin, who also manages Chateau Barde-Haut and Chateau Poesia in St. Emilion as well as Poesia winery in the Lujan de Cujo district of Mendoza, Argentina. With her husband, Patrice Lévêque, she owns Château d’Arce in Côtes de Castillon–an estate that lost 100% of its crop to frost in 2017. Sylviane’s son, Paul, manages the family’s properties of Haut Bergey and Ch. Banon in Pessac-Leognan. Originally the Garcins had Michel Rolland consulting but he was soon replaced by Alain Raynaud and, since 2015, Thomas Duclos.

Located on the plateau, Clos l’Eglise is bordered by Chateau Clinet, Chateau L’Eglise Clinet and Chateau Trotanoy with many parcels of old vines. One of the oldest is a block of Cabernet Franc vines that were planted in 1940s. Unique to the winemaking at the estate is the use of 300 liter barrels, a size more typical in Cognac compared to the standard 225 liter Bordelais barriques or 500 liter puncheon.

The 2017 vintage is a blend of 80% Merlot and 20% Cabernet Franc. Around 2,400 cases are produced in most years but, with Clos l’Eglise experiencing some frost damage on around 15% of its vines, it’s likely that fewer cases were made this year.

The 2017 Clos l’Eglise was picked from 6 September to 2 October, the harvest was spread out for almost one month. It is matured in 90% new oak for 18 months. It has a well-defined, very pure bouquet with cranberry, dark cherries, bay leaf and crushed stone. It needs a little time to open in the glass and is not as immediate as the 2016 last year. The palate is medium-bodied with supple tannin, very smooth in texture with a slightly lactic note towards the finish. There is a touch of dark chocolate that infuses the red berry fruit with a subtle liquorice tincture that lingers on the aftertaste. This is a fine Clos l’Eglise although I do feel this year that its stablemate in Saint-Èmilion, Barde-Haut, takes the top honor. — Neal Martin, Vinous Media

My sentiments on this offer are very similar to those of Clinet above. Yeah this vintage isn’t being priced like a 2015/2016 but there is really no reason why I should give this wine a second thought when the comparable 2014 vintage is readily available at a more compelling price.

Plus, the 2017 Ch. Barde-Haut from St. Emilion, which Martin mentions was out-performing the Clos l’Eglise, is being offered for around $38. That makes this a pretty easy Pass for me.

With a history dating back to 1741, L’Evangile was originally known as Domaine de Fazilleau. In 1862 it was purchased by Jean Paul Chaperon who was related to the Ducasse family of Ch. Larcis-Ducasse in St. Emilion. Chaperon did much to raise the prestige and quality of the estate and by the time he passed away in 1903, L’Evangile was rated as one of the top estates in Pomerol.

Throughout the 20th century, his descendants and eventually the Ducasse family managed the property until 1990 when a majority of L’Evangile was purchased by the owners of the First Growth Ch. Lafite-Rothschild. The Lafite team incorporated many changes to the viticultural and winemaking practices such converting the estate to organic viticulture, instituting gravity flow design and using new oak barrels. In 2012, the owners purchased 6 hectares from neighboring La Croix de Gay, marking the first substantial change to the vineyards of the estate in over 200 years. 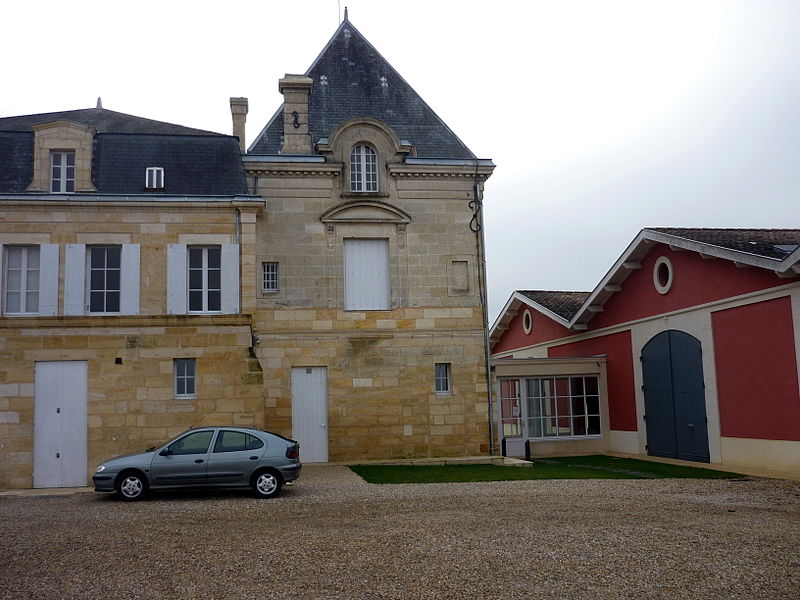 Located in the southeast corner of Pomerol on the edge of the commune, L’Evangile is bordered by both Cheval Blanc across a dirt path in St. Emilion and by La Conseillante and Petrus in Pomerol. The soils of the estate reflect the high quality terroir of its neighbors with parcels planted in the famous blue clay shared with Petrus as well as vines planted in the gravel and sandy soils shared with Cheval Blanc.

This has a lovely silkiness to it, one of the real successes in the appellation in terms of the texture and the quality of the tannins. It’s a fairly powerful 100% Merlot with 100% new oak – an unusual combination because the old vine Cabernet Franc was lost to frost in 2017. This is one of the few wines that gets close to the quality of 2016, even if it’s not quite there in terms of its completeness. 30 days maceration at reasonable temperatures has brought out the heart of plump blackberry fruit, while delivering subtle tobacco and slate elegance. I like this a lot. 100% organic in the vineyard (2016 was 95% organic) but not certified. 60% grand vin this year, from 40hl/ha. (95 points) Jane Anson, Decanter

L’Evangile is an estate that I have zero personal history in tasting so the cards were already stacked against this being a futures offer that I was going to be tempted by. In outstanding vintages like 2015 and 2016, I’m far more adventurous with my wallet and willing to gamble on new estates that I haven’t tried yet–especially estates with outstanding terroir and pedigree. But 2017 isn’t a vintage for gambling. 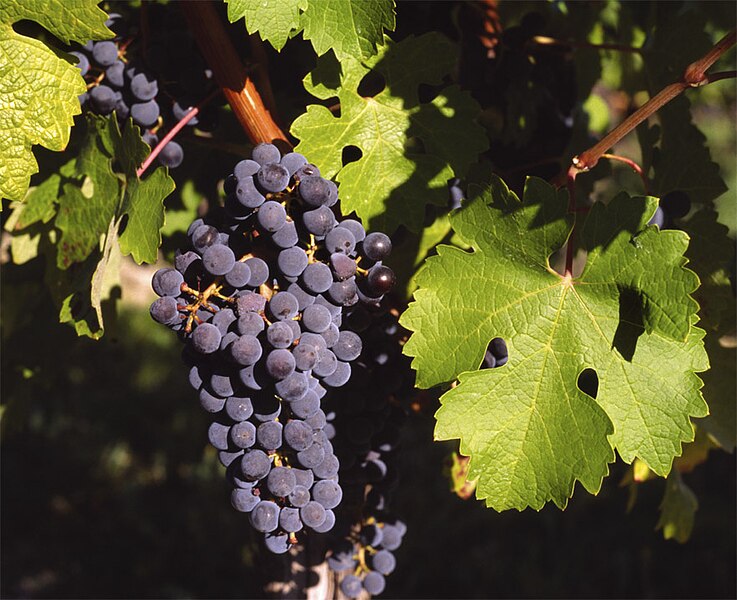 At Nenin and many other properties in Pomerol, the amount of Cabernet Sauvignon planted in the vineyards and used in the final blend has decreased dramatically over the last 30 years.

Nenin is one of the few major properties in Bordeaux that been owned by only two families throughout its history–the Despujol family from its founding in 1840 and the Delon family (of Leoville-Las-Cases fame) since 1997. Considering that the Delon are related to the Despujol by marriage, you could argue that it is still a single family affair at Nenin.

Among the changes under the Delons’ ownership was a complete renovation of the cellars in 2004 and an acquisition of vineyard parcels in 1999 from neighboring Chateau Certan Giraud. While Ch. Nenin took over 4 hectares, Christian Moueix of Établissements Jean-Pierre Moueix purchased the remaining hectares for what was to become Chateau Hosanna and Chateau Certan Marzelle.

In the vineyard, many parcels of Cabernet Sauvignon were uprooted in favor of Merlot and Cabernet Franc as the percentage of Cabernet Sauvignon at Nenin dropped from around 20% to now only 1% of plantings. In most years these scant plantings are not used in the final blend but may go into the second wine, Fugue de Nénin.

10% lost to the frost (while Fugue de Nénin was 70% frosted so the volumes are too small for it to be sold en primeur in this vintage). A little more Cabernet Franc than usual because the lower parts of Nénin were frosted. 35% new oak. Very dark with purple crimson. Lifted, lightly floral aroma and a charming dusty overlay. Quite dark on the palate, savoury and dark-fruited but also scented on the mid palate. Oak is well integrated. Creamy texture, elegant and beautifully balanced. Juicy finish and good freshness and length. (17/20) — Julia Harding, JancisRobinson.com

While I’ve read numerous reports about merchants being disheartened by the prices of the 2017 Bordeaux releases, as a regular consumer I’ve found them to be, for the most part, fairly reasonable and in-line with the 2014 vintage.

That was until I started looking at the offers from Pomerol. Sheesh.

Perhaps these wines will turn into magnificent swans in the bottle that will far exceed expectations 10-15 years down the road. But there are far too many solid wines from 2014-2015 still out on the market (as well as much more reasonable 2017 offers) to make considering the 2017 Nenin or many other 2017 Pomerols futures offers worth it. Pass.