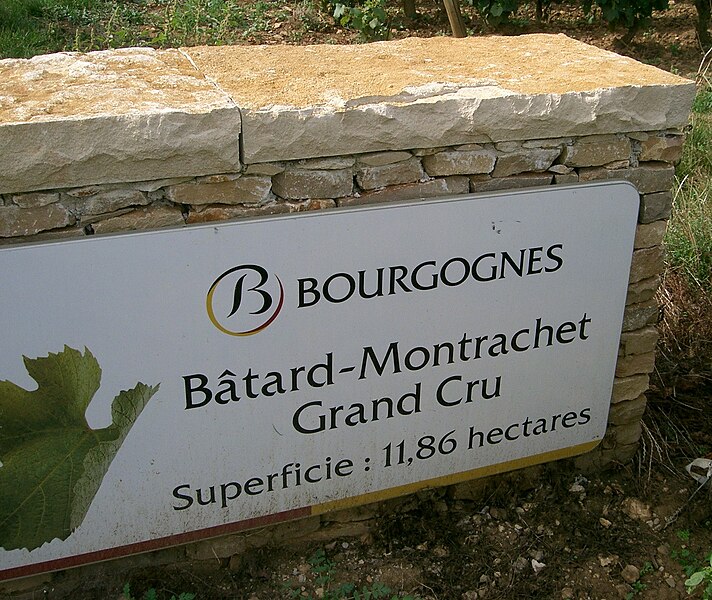 As with our first edition featuring the Boillot family, we’re going to explore the many Morey estates in Meursault and Chassagne-Montrachet, trying to dissect the tangled weave of similar names to see how the estates may (or may not) be related.

Along with some Google-Foo, my scalpels on this journey will be:

The Morey family’s history in Burgundy dates back to at least the 16th century with evidence of winemaking in Meursault since 1793. The history in Chassagne-Montrachet dates back to Claude Morey’s arrival from the village of Paris l’Hôpital in 1643.

In 1950,  Albert Morey (father of Jean-Marc and Bernard) was one of the first estates in Chassagne-Montrachet to domaine bottle.

Robert Parker has noted in Burgundy: A Comprehensive Guide to the Producers, Appellations, and Wines, that the Morey family name is well regarded in Burgundy for producing “…very good, sometimes excellent white wines.”

In studying the various Morey domaines, the family’s prominence in the Grand Cru vineyard of Bâtard-Montrachet is apparent with several members producing examples. Most of the Morey Bâtards come from tiny holdings averaging only around 0.11 hectare (≈ 0.27 acres).  Domaine Pierre Morey owns the largest amount with nearly half a hectare.  Meanwhile, Domaine Pierre-Yves Colin-Morey contracts with multiple growers in the Grand Cru to expand his production. Tiny 4.5 ha domaine ran by Rémy Ehret, son-in-law of the original owners, and Valentin Jobard. The vineyards are farmed using sustainable viticulture. Unfortunately not much information is available about this estate to decipher the connection to the other Moreys or to estates like Domaine Antoine Jobard.
Prime holdings: Meursault 1er Cru Charmes (parcel just below Les Perrières); Meursault 1er Cru Le Porusot

Founded in 1919 by Marc’s father Fernand Morey with Marc taking over the family estate in 1944. In 1978, the estate was divided between his two children. His son, Michael, took his share to establish Domaine Morey-Coffinet.  His daughter, Marie-Joseph, and her husband Bernard Mollard used their holdings to continue Domaine Marc Morey. Today, their daughter Sabine runs the estate. All the vineyards are farmed sustainably.
Prime holdings: Bâtard-Montrachet Grand Cru (0.14 ha); Chassagne-Montrachet 1er Cru Les Caillerets (0.20); quasi-monopole of Chassagne-Montrachet 1er En Virondot (2.02 ha) with the domaine buying the remaining 0.1 ha from other growers

Founded in 2001 as a négociant firm by Pierre-Yves Colin (son of Marc Colin in St. Aubin) and Caroline Morey, daughter of Jean-Marc Morey.  The first solo vintage of estate fruit was in 2006. Prior to returning to his father’s estate in 1995, Pierre-Yves spent time working in California at estates like Chalk Hill. Additionally he worked harvests in the Loire and Rhone. Domaine Pierre-Yves Colin-Morey farm their vineyards sustainably with some hectares farmed completely organic.
Prime holdings: Chassagne-Montrachet 1er Cru Les Chenevottes (0.40 ha); Purchase contracts for Grand Crus Bienvenues-Bâtard-Montrachet, Corton-Charlemagne and Bâtard-Montrachet Founded in 1978 when Michael Morey, son of Marc, combined his inheritance with that of his wife, Fabienne (daughter of Fernand Coffinet and Cécile Pillot). The other part of Domaine Coffinet went to Fabienne’s sister, Laure, who founded Domaine Coffinet-Duvernay. The estate has been practicing organic cultivation (receiving Ecocert in 2015) and is converting over to biodynamic.
Prime holdings: Bâtard-Montrachet Grand Cru (0.13 ha); Chassagne-Montrachet 1er Cru En Remilly (0.35 ha located next to Chevalier-Montrachet); Chassagne-Montrachet 1er Cru Les Blanchots-Dessus (0.06 ha the southern extension of Le Montrachet)

Getting Geeky with 2008 Sarget de Gruaud-Larose

Keeping up with the Joneses in Burgundy — Morey Edition