After examining the family tree and connections of the Coche, Boillot, Gros and Morey families, we now turn our attention to the Leflaives of Puligny-Montrachet.

Tradition and the remnants of Napoleonic inheritance laws often mean that many estates in Burgundy share similar names. This can add to the confusion and complexity of studying the region so for this series we try our best to untangle a bit of that web–one family tree at a time.

Aiding our endeavor will be my trusty hoard of Burgundy wine books including:

A new addition to that list which has been used heavily for this post is Clive Coates’ work Côte D’Or: A Celebration of the Great Wines of Burgundy. While older than Coates’ Wines of Burgundy (1997 vs 2008) I’ve found that the two books compliment each other really well with Côte D’Or offering more historical details and family connections while Wines of Burgundy fills in the gap for newer estates.

If you know of any other great resources on Burgundy wine and the various connections between estates, leave a note in the comments!

Now let’s take a look at the Leflaives. 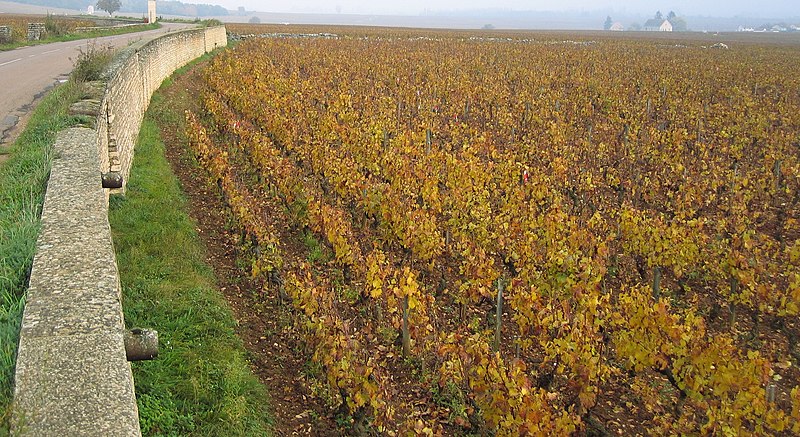 The Grand Cru vineyard of Bâtard-Montrachet has always been at the heart of the Leflaive family’s holdings.

It was the son of this Leflaive, also named Claude, who acquired a choice 5 ha (12.4 acres) plot of Bâtard-Montrachet that was divided among his five children on his death in 1835. Seventy years later, his great-grandson Joseph Leflaive founded what is now known as Domaine Leflaive in 1905.

A marine engineer by training, prior to devoting himself full-time to winemaking, Leflaive helped construct the first French-made submarine.

Starting with just 2 ha (5 acres) of vines, Joseph Leflaive greatly expanded the domaine over the next couple decades–often buying up vineyards that hadn’t recovered financially from the dual troubles of oidium and phylloxera from the last century. In the 1930s, the domaine was one of the first to regularly export their own bottlings to the United States. Following Joseph’s death in 1953, his children (Joseph Régis, Jeanne, Anne and Vincent) decided to keep their shares of the domaine together.

Joseph and Vincent were the first to actively manage the estate. They were soon joined by winemaker Jean Virot who worked at the domaine until his retirement in 1989. When Joseph passed in 1982, his son Olivier took his place managing the family’s domaine. When Vincent retired in 1990, his daughter Anne-Claude joined Olivier at the domaine.

Following Virot’s retirement, Pierre Morey (of Morey family fame) became régisseur, or winemaking director, a position he would hold until his own retirement in 2008. He was succeeded at Domaine Leflaive by Eric Rémy.

Disagreements between Olivier and Anne-Claude Leflaive eventually led to a separation in 1994 with Anne-Claude maintaining sole management of Domaine Leflaive and Olivier leaving to focus on his own Maison Olivier Leflaive. Following Anne-Claude’s death in 2015, Brice de La Morandiere (son of Joseph Régis’ daughter Marilys) assumed management of the family’s domaine. Domaine Leflaive (Puligny-Montrachet) founded in 1905 by Joseph Leflaive and today ran by his great-grandson Brice de La Morandiere. With around 25 ha (61.8 acres), Domaine Leflaive is the single largest producer of Grand and Premier cru quality wines in Puligny-Montrachet. In the 1990s, with the aide of consultants François Brochet and Claude Bourguignon, Anne-Claude Leflaive led the estate to a complete conversion to biodynamic viticulture. The Grand Cru vineyard of Chevalier Montrachet. In many years Domaine Leflaive’s example from this vineyard will rival the Le Montrachet wines from other producers.

Maison Olivier Leflaive (Puligny-Montrachet) founded in 1984 by Olivier Leflaive with his brother, Patrick Leflaive, as a negociant firm that now controls 17 ha (42 acres) of vineyards. In addition to their own vineyards, the Maison also has contracts with growers tending to more than 100 additional hectares in Chablis, Côte de Beaune and Côte Chalonnaise. Jean-Marc Boillot (of Boillot family fame) was the estate’s first winemaker but since 1988 those duties have been carried out by Franck Grux. In 2015, the Maison’s interest extended to Champagne with a partnership with Erick de Sousa to make Champagne Valentin Leflaive.

Keeping Up With The Joneses of Burgundy — Leflaive Edition