My 60 Second Wine Reviews are a regular feature that gives me a chance to geek out about various wines. But while I deliver a “Verdict” at the end of each review, I also leave a glaring omission.

I don’t give a numerical score.

It’s not that I’m morally opposed to using the 100 point scale popularized by Robert Parker and Wine Spectator or the 20 point scale favored by Jancis Robinson and UC-Davis. I regularly look at scores by those publications and use them as tools in researching wines.

But I think they’re useless for me to give out.

When I first started using CellarTracker, I got into the habit of rating wines numerically but soon discovered a disturbing trend. While in theory, I had 100 points to divvy out, in truth, I was really only working on a scale of 87-94.

For some reason, I just couldn’t rate anything above 94. I always felt like there was the potential for something else to come along to raise the bar—even though I’ve enjoyed some fantastic wines over the years. 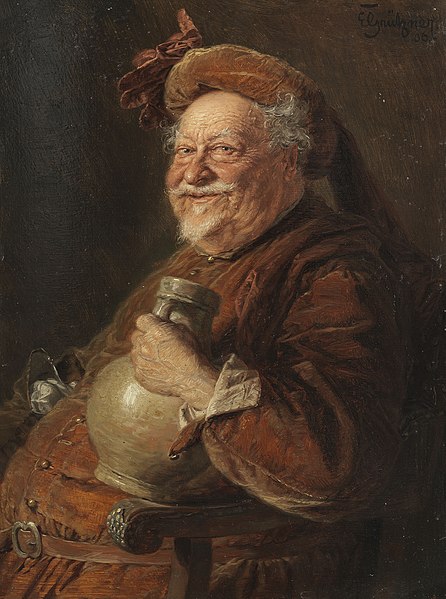 Trust me, I’m a professional drinker.

This is not a slight on any of those wines. They all deserved the much higher scores that they got from professional critics. But for me, even though I richly enjoyed them and felt that I got more than my money’s worth with each, there was still that mental and emotional barrier that didn’t want to go higher than 94 points.

It’s silly but isn’t trying to quantify all the nuances of wine a fool’s errand anyway?

And truthfully when it comes playing the fool (and doing it well), we can’t all be a Falstaff, Stanczyk, Claus Narr or James Suckling.

I Rate With My Wallet

And I believe that most wine drinkers do the same.

While we might sometimes indulge our inner Robert Parkers with scoring, I would wager that most of the time when we evaluate a wine, we judge it on if we got enough pleasure to merit the cost of what we paid. It’s human nature to expect more from a $100 bottle of wine than a $10 bottle and that is the approach I take with each wine I taste.

I view the cost of each bottle as a potential investment in pleasure and I seek a solid return on my investment. 94 points but well worth splurging on to try at least once in your life.

And it is my investment as my wife and I personally buy more than 90% of the wines (and whiskeys) that I review on this blog whether it be the 2006 Petrus, 20 year Pappy Van Winkle, Taittinger Champagne Comtes de Champagne Rosé or the Groth, Pegau CdP, etc. A few times even at restaurant markups!

Now some wines like the 2007 Poisot Romanée-Saint-Vivant and the wines featured in my Walla Walla Musings post, I do get to taste at tastings open to industry/media. I often get my tasting fees waived at wineries for being in the industry. But with each wine, I always default back to the question of “Would I pay $$ to purchase this wine?”

If I taste it blind and don’t know the cost, I ascribe a price point that I feel would be a good value if I was buying the wine.

But unlike Robert Parker, Jancis Robinson, James Suckling and the like, I’m not trying to be a professional wine critic or consumer advocate. I’m just a geek who likes to drink.

I rate wines on my personal scale of if I think they’re worth spending money on. I do that ultimately because that’s what I’m interested in. Do I want to buy this wine (again)? Just as other folks have their own tastes, people also have their own scale of value.

That’s perfectly fine and, frankly, is the reason why I put the “Verdict” section at the very bottom of each review. My opinion is just my opinion and, besides, it’s really the “Geekery” section where you’ll find the good stuff anyways.

Why I Don’t Use Scores