As part of the Wine Production Program at South Seattle College our instructor, Peter Bos, arranged for a private tour of the famed Red Willow Vineyard in the Yakima Valley with Mike and Jonathan Sauer back in 2012. 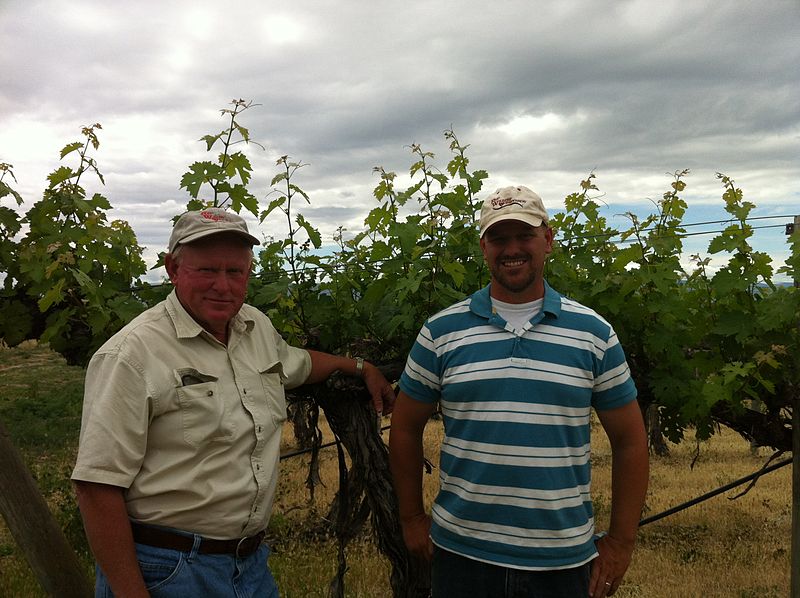 In Washington State, few vineyards are as legendary and influential as Red Willow. Working with both Dr. Walter Clore and Master of Wine David Lake at Columbia Winery, the Sauers and Red Willow helped pioneer the commercial plantings of numerous grape varieties in the state. This include Viognier, Malbec, Mourvedre, Nebbiolo, Sangiovese, Tempranillo and Syrah among others.

On the trip, a question was posed to Mike Sauer about what the future focus should be for the wine industry–not just in Washington, but globally.

Without missing a beat he replied with one word–Clones.

What The Heck Are Clones?

Essentially clones are examples of grape varieties with a slight genetic mutation. These mutation could allow the vine to ripen a tad earlier, bloom a bit later, have tinier berries or thicker skin, absorb nutrients better, etc.

To best understand this, let’s take a step back to look at how grapevines are propagated in the nursery and vineyard.

Rather than plant seeds (which will produce a completely different grape variety), new vines of particular grape varieties like Chardonnay, Cabernet Sauvignon, etc are most often propagated via cuttings from an original mother vine. Here a branch with fruiting buds is removed from an active vine and then either planted to develop its own roots or, more commonly, grafted onto phylloxera resistant rootstock and planted. In theory, this new cutting is genetically identical to its mother vine.

But sometimes growers observe differences in the vineyard or the nursery among these seemingly identical vines. The clonal mutations with the most beneficial traits are selected for future propagation and eventual commercial use.

What Does This Mean For Winemakers? 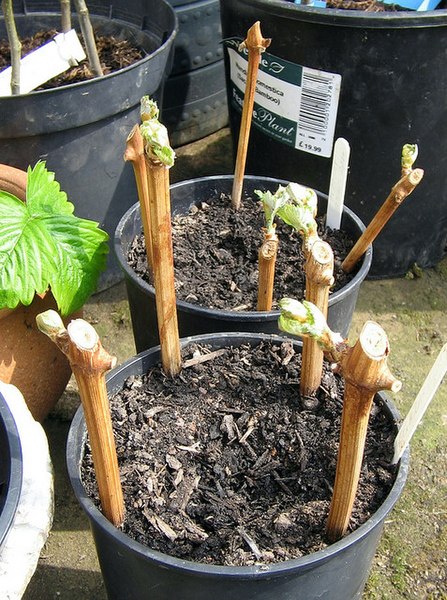 Clones add another shade of color to the winemaker’s palette. Instead of just having one shade of blue (Syrah), you can plant multiple clones of Syrahs in similar terroir and end up with a multitude of shades. With these colors (Cerulean, Azure, Cobalt, etc), you can paint a deeper picture and potentially make a more complex wine.

They also allow viticulturists and winemakers to narrow in on exactly which clones perform best on different kinds of terrior, essentially following the path of the natural self-selection that we’ve seen in varieties like Sangiovese. Over centuries of time, this grape has adapted and developed its own unique clones. In the galestro clay soils of the Chianti Classico region, we have Sangioveto.  In the more limestone and schist based soils mixed with galestro in Brunello di Montalcino  produced Sangiovese Grosso. Meanwhile, the Pliocene-era sand and clay based soils of Vino Nobile di Montepulciano brought about Prugnolo Gentile.

Take one of these unique clones, plant them in different soils, and you will end up with different wines. Such is the magic and possibilities of clones.

A Few of My Favorite Resources On Clones

*Pl@ntGrape Project (yes, it is spelled with that silly ‘@’) — a joint project between several French agencies to catalog all the different grape varieties and their clones in France. When you search for a particular grape variety, at the bottom of the page is a listing of popular clones. The site also notes where they originated and their characteristics.

Syrah grapes growing in the Hunter Valley of Australia.

*UC Davis Foundation Plant Services page on Pinot noir probably has the most extensive listing (in English) and description of Pinot noir clones I’ve found. This is pretty impressive since Pinot noir is known to have over a 1000 different clones.

*The Science of Grapevines: Anatomy and Physiology by Markus Keller. There is some hardcore geeking here with this viticulture textbook. It not only covers clones but also the science behind how the mutations happened. It also goes into the broad spectrum of grapevine anatomy and physiology. These factors, like disease resistance, nutrient utilization, etc. plays into the decisions of how different clones are selected.

Yeah, I'd Like To Know If I'm Drinking a Racist's Wine

Geeking Out About Grape Variety Clones