A few days ago I wrote about the “Boredom Factor” that is sapping Millennials’ enthusiasm for wine. But engaging Millennials with things that are new, interesting and authentic is only part of the battle. The industry also needs to reframe the discussion about value and pricing. 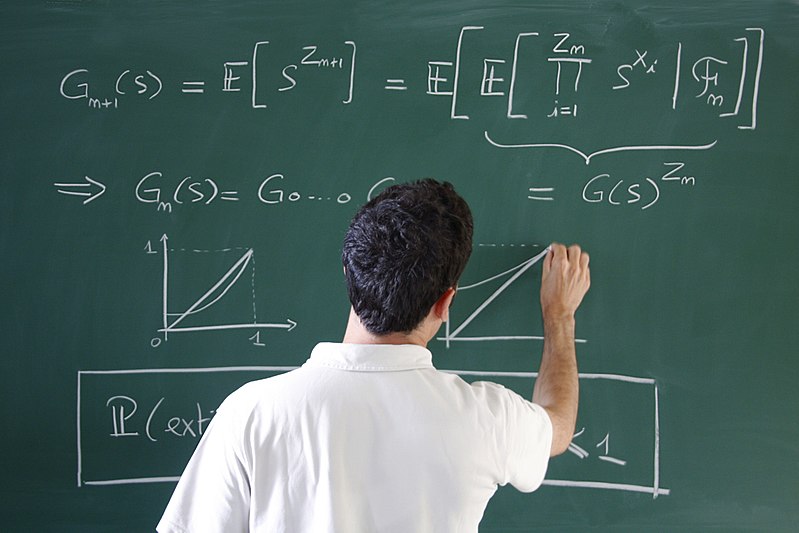 Let’s face it, wine delivers horrible “bang for the buck”–especially compared to other alcoholic beverages. This is true at all price points, but particularly at the low-end (and ironically titled) “value wine” segment.

For smaller boutique wineries, worrying about “value wine” might not seem like a big deal. But the issues impacting the top shelf take root on the bottom.

If you want to know why $100+ bottles of Napa Cab are in danger, head to your local grocery store and look around.

Millennial Math in the Grocery Store

I’ll get to our boutique and more premium wine brands below. But let’s start with a cash-strapped Millennial who want to spend less than $10 for something to drink. You could go to the wine aisle and find stuff like this.

Then there are other options as well–like Barefoot, Arbor Mist, Cooks, Andre’s and more. At this one grocery store, I estimated that around 40% of their wine selection was sub $10. So, diversity, yeah?

But they all fall into the same “sameness” of sweet, simple or boring Cabs, Chards and Red Blends. Sure, you have the occasional gimmick of things like the “living labels” of Treasury Wine Estates’ 19 Crimes. However, after the novelty of a cute label wears off, it’s still the same boring juice in the bottle.

Now right next to the wine department in many stores is a beer department which has likely been greatly expanded thanks to the craft beer boom.

Let’s see what under $10 options our Millennial shopper has there. These are 22 oz “bomber” sizes of beer which is only a tad smaller than the standard 750ml (25.4 oz) bottle of wine. In this one Albertsons grocery store, I counted over 80 different SKUs of at least 20 different styles of beer among under $10 bombers. And this was a rather small grocery selection for the Seattle-area market.

If you think of beer styles (Belgian Tripel, New England IPA, Oatmeal Stout, etc.) like grape varieties, the beer department has the wine industry smoked when it comes to answering the “Boredom Factor.”

Even among the same style (like IPA), you are far more likely to find distinct personalities and differences (hoppiness) among various brews than you ever would dream of finding among under $10 Cabs, Chards and Red Blends.

I have a fair amount of industry folks who read this blog so I’m going to ask you to step back and take off your “wine hat” for a moment. If you were a young post-college Millennial shopper with no personal connection (like having visited a winery) or long-term relationship with drinking wine, what would you spend your $10 on?

Are we just waiting for better times?

Yeah, things suck right now for the broke 20-something Millennial. But can we really predict their future buying potential based on the habits of their 20s?

It’s true that most Millennials have not entered their peak earning ages. Likewise, most have not reached the ages when previous generations started embracing wine.

Jason Haas, of Tablas Creek, makes that later point particularly well as he points out some of the silver linings amidst the gloom and doom assessments about Millennials.

The median age of a Millennial is 30, but the Millennials at the peak of the demographic bubble are just 24. Were many Baby Boomers drinking wine at age 30, let alone 24? No. How about GenX? Not much. Millennials are drinking more wine than preceding generations were at the same age, which should be a positive enough trend. — Jason Haas, Are the gloomy messages about the state of the wine industry warranted? I say not for wineries like us. 2/4/2019

I concede Haas’ point and appreciate his optimism. I’ve certainly not hidden my affection or admiration for Tablas Creek’s business acumen. Though Haas is a “proud Gen Xer,” he pretty much runs Tablas Creek like a Millennial with a brand that embraces transparency, authenticity and sustainability along with pushing the envelope for new and exciting wines.

Without a doubt, if more wineries followed Tablas Creek’s example, the Boredom Factor would almost be a non-issue.

But what I fret that Haas’ optimism overlooks is the habits and perceptions that are being ingrained into Millennial consumers right now. Haas’ generation (and the Boomers) had the benefit of a promising economic outlook before them–where there was the potential for growth in earnings and career development.

That is a luxury that many Millennials don’t have and this is something that we are all too aware of. Even if things get a little bit better into our late 30s and 40s, it’s going to be very difficult to shake the mindset and spending habits of our formative 20s and early 30s.

While things are not as bad as they were during the Great Depression, social scientists and economists are already drawing parallels to the spending habits and mindset of Millennials with those of the Silent Generation born between 1925-1945.

Even though the Silent Generation benefited from the post-war boom, many kept the spending habits imprinted on them during the hardship of the Great Depression. Prominent among those retained habits was the idea of stretching your dollar–even when you had more dollars to stretch.

Millennials certainly like to be entertained. We want experiences and to feel connected. And we avoid boredom like the plague.

But we deeply value “value.”

Let’s go back to the grocery store and look at the more premium $15-25 “sweet spot” range of wine pricing–with emphasis on the sweet.

Usually, Meiomi is not over $25 so, for the sake of argument, I’m including it here.

When you get up to the higher price points, wine’s competition is not just beer (with many interesting six and twelve packs available in this price range) but also spirits as well. But spirits adds another dimension because they’re far less perishable and the servings are much smaller.

With wine and beer, you ideally want to enjoy it the same day that it was opened. But a comparably priced spirit can last weeks or even months.

Now I can hear wine folks scoffing at the idea of Captain Morgan or Deep Eddy taking away throat share from anyone older than 23. Yeah, I get it. The “Fireball crowd” eventually grows up. But for those folks who lose the sweet tooth and want something with more complexity, the spirits department still offers numerous options–especially among whiskeys.

Plus, because of how long a bottle of whiskey last, a Millennial could even stretch their $25 drinking budget to $40 and still get some very compelling value. Personally not a fan of the Redneck Riviera but I’d take it over Meiomi any day of the week.

Granted, you have to sometimes deal with the inconvenience of getting the product out of lockup. Also, in some states (like Washington) there are crazy high liquor taxes to account for too.

However, this is all part of the sum-value Millennial Math that we deal with on every trip to the store. What the wine industry needs to concern itself with is how all these figures are adding up.

I want to embrace the optimism that as Millennials feel financially secure, they will turn to wine and start spending in the premium category. That means not only a strong wine industry but also a strong economy overall.

But I can’t shake the feeling that even if Millennials have more money to spend, that they’re not going to be impressed with the value they see in high-end wines. This is something that I’ve personally experienced myself. I’m very fortunate in my financial situation to where I can occasionally splurge on bottles like Opus One, Silver Oak, Cristal and Petrus.

You know what? I’d rather drink Pappy.

I feel this way even though I’m a highly-engaged wine drinker with a personal connection to wine. I’ve been bitten hard by the bug and have a healthy cellar to show for it.

But if you ask me for my brutally honest choice of whether to spend another $2600-4000 on a bottle of Petrus or something like the 1981 Glenmorangie Pride, I would choose the Glenmorangie every time.

And this is coming from someone that keeps a picture of Petrus as their background banner on Facebook!

However, when I step back and let my Millennial nature take over–when I think about the sum-value of what I’m getting compared to what I’m paying–whiskey beats out wine.

If that’s the case with someone like me, then how do you think the math is playing out with my cohorts?

The Petruses of the World are not the ones that need to worry.

Petrus is not going to have problems selling their wine. Even if Millennials aren’t spending at levels of past generations, wineries like Petrus make so little at such high prices that they only need a few folks to bite the bullet each vintage. There is always going to be enough people like me who shell out thousands to attend our Super Bowl–even if it ends up being a 13-3 snorefest.

The real hurt is going to be felt by all the wineries making NFL regular-season and playoff-type wines. They’re the ones that are going to have to convince Millennials that their wines are worth the price of the ticket.

Let’s go back and look at our supermarket shelf at some of the $50-100 options.

That is an excellent price on the Grgich. The only thing that kept me from pulling the trigger was wondering how long it had been standing upright under the supermarket’s harsh lights.

Again, why spend $50-100 for something that needs to be enjoyed mostly in one night (unless you spend another $200+ for a preservation system like the Coravin) over something you could stretch for months?

Wine’s saving grace has been that only a small segment of drinkers have developed a taste for brown spirits like whiskey, tequila and rum. But those categories are growing–especially among Millennials and women.

If the boredom factor doesn’t kill off the $100+ Napa Cab, brown spirits certainly will.

But it all starts back in the beginning, with the spending habits and perception of value that Millennials are developing now with their under $10 and $15-25 options. Here is where wineries are losing the battle before the war even begins.

Yeah, Millennials wanderlust is great and can definitely help wineries that are offering different and exciting wines. But that same wanderlust also fuels our openness in trying other beverages like craft beer and brown liquors. The more we try them, the more those other options become players in the “sum-value” game of Millennial Math.

And, right now, that math is seriously working against the wine industry.