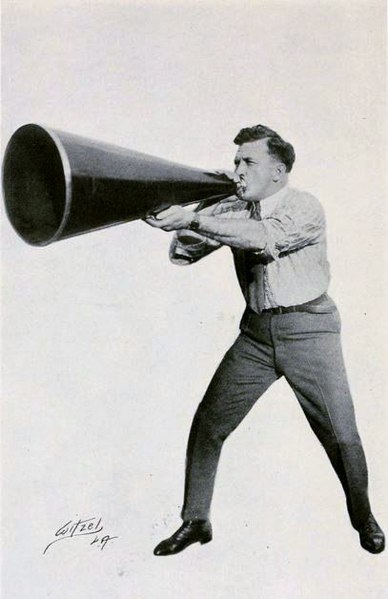 Social media feeds are about to get flooded with #NewYearNewYou hashtags and selfies of self-determination. For those who frequently comment about wine and other beverage issues, the algorithm gods have a special treat in store for us.

It’s not that I’m against the idea of drinking less.

Anyone that regularly reads this blog knows that I firmly support moderation and meaningful consumption. I’m also a staunch supporter of innovations in the wine industry that encourages moderation like small-format bottles and box wines. Heck, I even gave non-alcoholic wines a serious look.

But what I can’t get behind is sanctimonious virtue-signaling–especially for something that the science is far from conclusive about.

Yes, reducing overall alcohol intake is a good thing. But that is only good if it is sustained and habitual–not if it’s a temporary “binge” of abstinence. Just as detox diets don’t work, the idea of giving up alcohol for a month to “give your liver a rest” is similarly fraught with issues.

As Dr. Michael Apstein, a professor at Harvard Medical School and gastroenterologist, notes, “…there’s no science to support this practice, nor does it make sense physiologically.”

Bingeing during the holidays and then giving your liver “a rest” for January before bingeing again come February is like trying to catch up on sleep. It just doesn’t work. Overcompensating with sleep on Saturday and Sunday isn’t going to change the effects of your Monday-Friday sleeping habits.

Now I don’t think that everyone who scales back in January is a sanctimonious virtue-signaller.

Nor do I doubt the sincerity and good intent of folk who want to make more mindful choices in their lives.  However, these usually aren’t the people plastering their IG with #DryJanuary selfies.

The problem I have is that making “Binge Sobriety” a hashtag fad distracts from the seriousness of actual alcoholism.  To make matters worse, it’s often counterproductive. As Dr. Niall Campbell of Priory Hospital in London notes, many of the folks who feel compelled to try Dry January because of problematic drinking are setting themselves up for failure.

I know compulsive drinkers who have stopped for several Januarys in years gone by, but just counted the days until February…

This sentiment is echoed by K.C. Clements in his very personal narrative about dealing with his own issues with alcohol, “I’m Skipping Dry January This Year— Here’s Why.”

He tried binge sobriety for many years. While he got some short term benefits, Dry January ultimately “provided just enough proof that I could continue on with my life unchanged, trapped in the delusion that I could quit drinking any time I wanted.”

People who need help with alcohol addiction are not going to get it from a hashtag.

The road to hell is paved with #GoodIntentions.

The flexing and selfies of strangers on the internet are never going to replace genuine support from family, friends and trained health professionals.

But what about the rest of us?

On the website of the UK group Alcohol Change, which actively promotes Dry January, they describe their “fun challenge” as a way for folks to “reset their relationship” with booze.

However, for many people, binge sobriety doesn’t even pause–much less reset–that relationship. To truly “reset” anything, you can’t avoid the item in question. You have to reframe your thinking about it.

If alcohol is just a means to get drunk–a buzz, a “social lubricant”–then your relationship is always going to be a challenging one. It’s like if you value your partner only because he’s “so good-looking” or she’s “great in bed” and never move beyond those superficial reasons.

If you think that the sum total and benefit of a glass of wine, a bottle of beer, a shot of whiskey or a cocktail is just as an alcohol-delivery vehicle then, yeah, that’s not healthy. It will always be difficult for folks with that mindset to follow guidelines of moderate consumption–up to 1 drink per day for women and 2 for men.

But moderation is much easier when you practice mindful consumption.

This is the same tact that nutrition and wellness experts recommend we take with our food. Don’t just mindlessly gulp down your drink. Slow down. Take time to engage your senses. Another tactic of moderation and mindful consumption is to limit your alcohol intake to mealtime.

With alcohol, it’s especially important to think about what you’re drinking.

Who made it?
Where did it come?
What makes this drink different from anything else I could have ordered?

Frequent readers of the blog know that there is a story behind every bottle. However, the reality is that the story for some bottles is simply that they exist.

That mass-marketed Sauvignon blanc produced in an anonymous factory and shipped by the tanker? That patio-pounder Prosecco that always tastes the same every time you get it? Yeah, I’ll admit that their stories are pretty lame.

But these are essentially the fast-food versions of wine and it’s pretty hard to mindfully consume stuff like that. This is why mass-produced and anonymous wines should frankly be avoided.

That’s hard, no doubt. It’s so easy to order the house red or pick up that recognizable bottle that you see everywhere. Instead, you have to ask questions.

You have to actively seek out the bottles that have genuine stories behind them driven by real people. At its core, wine is an agricultural product. It’s made by folks who shepherded it along from grapes to glass. Find wines that talk about those people.

Instead of Dry January, think about #TryJanuary.

I have to give credit to one of my #UKWineHour friends, James Hubbard, for bringing this idea to my attention.

I will be doing #TryJanuary where I aim to try wines either from less common varieties or less popular regions.

His comment came up during an interesting thread that pointed out how independent wine shops and restaurants often bear the brunt of Dry January. The big grocery store chains and mega-corps behind mass-produced brands can weather a month of binge sobriety till February. However, small local businesses–the ones that employ your neighbors and support the community–keenly feel the pain of four weeks of lost sales.

Break out of your rut. Try something different. Visit your local shop or wine bar and talk to the people there about wine. Ask about its story.

No one is saying that you have to become a wine connoisseur, obsessing over terroir and coming up with long, flowery tasting notes. You don’t have to do any of that.

But if you truly want to “reset your relationship” with alcohol, paying attention to what you’re drinking is going to do far more for you than a month of “Binge Sobriety.”

Dry January Can Go To Hell