Before we hit the bottle, let’s talk about cans.

I’ve been a canned wine skeptic for a while. But my skepticism has faded quite a bit in the almost three years since I wrote that post.

But the biggest eye-opener for me was when I started noticing my elderly (70 year-plus) consumers buying canned wines. My favorite was the lady who bought a bunch of these cans for her after church treat because the colors just made her feel cheerful.

All the hype and marketing reports attribute the canned wine boom to Millennials. It’s fun! It’s convenient! You can take cans backpacking and to concert festivals! This is the feedback that we’re getting from the focus groups.

Now, I sold a lot of canned wines to Millenials back in my retail days. No doubt. There is smoke to that fire.

But seeing my elderly customers adopting canned wines caught me off-guard. This is a demographic that is notoriously reluctant to embrace novelty and change.

So I did what anyone should do when you have real live customers standing in front of you on the sales floor.

I talked to them.

And I found out that their reasons for buying canned wine were pretty darn practical.

Some of my customers were buying them because cans were easier for them to open with a beer key than cork or screwtop. Another customer who regularly bought boxed wines told me that the 3 and 5L boxes were getting a little heavy for her to take up the stairs into her house. So she keeps a cooler in her car now with a few cans of wine and carries them up in her purse a couple at a time.

But the most common refrain when I asked these consumers why they were buying cans was that they simply liked the portion size and not worrying about waste. They found the standard 375ml to be perfect for a couple of glasses. One gentleman described it as his lunch-dinner combo. He’d open a can at lunch for a glass and then finish it off with his supper.

No waste. No worries about leftovers that might not taste as good the next day. And he doesn’t have to listen to his wife yelling at him for getting snockered.

Hearing these real-world perspectives made me realize that underneath all the smoke and hype about canned wines were some serious embers burning. Yeah, novelty and fun can get a fad flowing, but what makes something become a category are these practical considerations that criss-cross demographics.

That’s what wineries need to pay attention to. 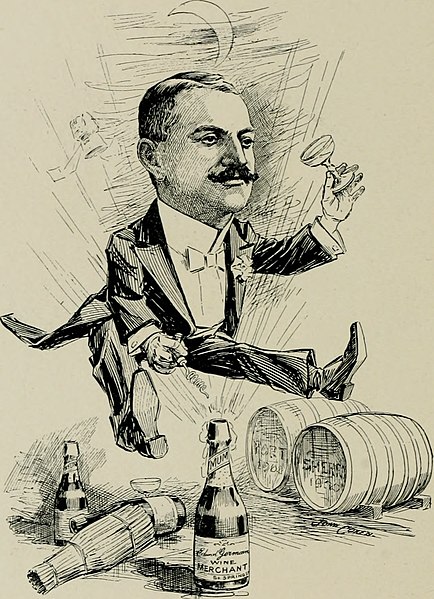 While I’m not really convinced that we’re seeing the dawn of Neo-Prohibition in the US, I do fully buy-in that we’re in the midst of a “moderation movement.”

People are drinking less (but hopefully better) and they are paying attention to calories and serving sizes. Again, this is a movement that is being mostly attributed to Millennials and Generation Z, but it stretches across generations. Boomers are starting to drink less and Weight Watchers has always been recommending that the calorie conscious limit themselves to a 125ml (4.2 oz) serving size.

These are strong headwinds of influence that the wine industry is going to have to consider. The days of a couple (or an individual) regularly dusting off a full 750ml bottle in one setting are waning. We can’t bank on consumption levels staying the same.

Nor do I think we should put our faith in the Coravin saving the day.

Don’t get me wrong. I love my Coravin. It’s been an invaluable study tool when I need to open up multiple bottles of wine for tasting. Whenever Amazon has a Prime Day sale on it, I enthusiastically endorse folks checking it out. Again, the Coravin is excellent for blind tastings but not for the Wednesday night pizza wine.

But it’s a $200+ investment with replacement capsules costing around $20 for a 2-pack. It’s not something that I’m going to use for my everyday drinking wine. Truthfully, outside of wine studies, I rarely use it on a wine less than $50. The capsule cost and wear & tear just aren’t worth it for me.

And the Vacu-Vin sucks ass. I’m sorry. I’m not going to waste my money on a placebo-product.

The bottom line though is that wineries really shouldn’t be banking their future on the solutions of other people’s products. They need to guide their own destiny and, to borrow my favorite phrase from Emetry’s Paul Mabray, “future-proof” their business.

So how do they answer the concerns of the moderation movement, serving-size and waste issues? Portion-controlled cans and boxed wines are one answer.

But let’s be serious.

Do you really see Lynch-Bages in a can?

Or how about a nice Napa Cab? A Washington Syrah? A Mosel Riesling?

Most likely not. For a lot of wineries, the canned and box wine options aren’t going to fit with their branding. But 375ml half-bottles do.

There’s just that pesky problem of production costs. I asked about this on Twitter a few days ago where several winery folks laid out the hard truth. Bottling 375ml doesn’t follow the same logistics as bottling 750mls with wineries not only needing different glassware but also different sized labels, capsules and case packaging.

At @TablasCreek 375s cost ~2/3 of a 750ml bottle, and cause headaches w/ keeping distributors in stock of the same vintage. And w/ the increase in by-the-glass lists there are fewer restaurants with good half-bottle programs. Still, we feel it’s worth it for the exposure. Barely.

In a Tablas Creek Vineyard Blog piece, Haas shared more details about the difficulties in selling half-bottles. Even though it cost 2/3 that of producing a 750ml, not many consumers are willing to pay 2/3 the price. The mental math and perception issues make it tough.

Back in my retail days, I saw a similar situation with magnums. Many would see a 1.5L magnum and expect it to be no more than double the price of the regular 750ml–or even cheaper because of a “bulk discount.” Eventually, more educated consumers would grasp that there is some premium for the bottling costs and storage potential.

That may be the case with 375ml–especially if the retail price of the wine can stay closer to 55-60% of the 750ml price. But I don’t doubt that will involve subsidizing some of the production cost–at least until supplies and logistics become favorable.

Nor do I doubt Haas’ other point about the dwindling demand (and production) that Tablas Creek sees in their half-bottle program.

Being ahead of the headwinds.

It doesn’t shock me that a winery as innovative and savvy as Tablas Creek is 15 years ahead of the curve. I give massive credit to Haas for picking up critical insights in the early 2000s from the sommeliers at his restaurant accounts about their use of half-bottles.

I know for myself, some of the most gang-buster experiences I’ve ever had playing the Somm Game (where I essentially give a somm my budget and let them pick out anything) have been at programs that made liberal use of their half-bottle selection.

But being ahead of the curve means that the timing isn’t always there to hit a home run.

That is always going to be the scourage of innovation. Sometimes the best ideas for the future are ones that haven’t worked out the best in the past. Back in April, I posed this question to wine writer and producer Robert Joseph when he was featured on Sorcha Holloway’s #UKWineHour Twitter chat.

“Often it seems like innovations are ‘ahead of their time’. When is it innovative to go back to an old idea with new eyes and new circumstances? Any examples?” #ukwinehour pic.twitter.com/ktXrlOvHwz

It’s well worth reading Joseph’s answer on Twitter. As the 2019 winner of the Born Digital Wine Awards for innovation in the wine industry, he does give a lot of food for thought.

We didn’t talk about 375ml half-bottles and packaging in that thread. However, I think this is a vitally important conversation for the industry to start having now.

The “Canned Wine Boom” is a wake-up call for wineries.

But don’t let the ringtone of Millennials! Novelty! Fun! distract you from picking up the phone and listening to the voice on the other end of the line.

The moderation movement is real.

That is why wineries investing in 375ml bottles is absolutely more than a halfway good idea.

The Sleeping Giant of Italian Wine