Every month I have a Geek Notes feature on upcoming wine books that I’m excited about. A subscriber that is visually impaired once shared to me how he unfortunately can’t enjoy those features as much since his printed book reading days are past him. That gave me the idea to look into what is available in audio formats. 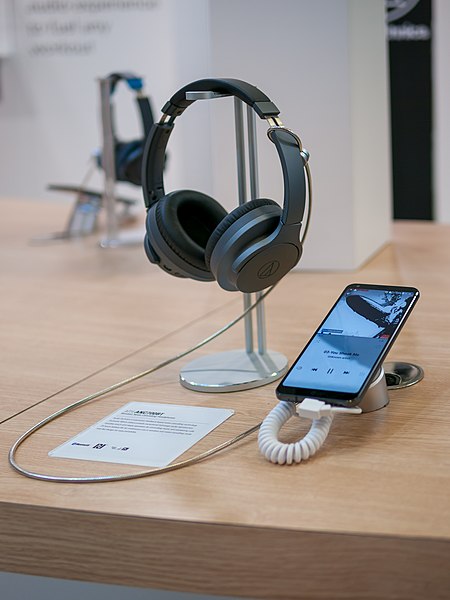 While I haven’t done many audiobooks myself, my wife has long been a fan of them for her work commutes. And really, when you think about it, aren’t audiobooks just very long podcasts?

With that, let’s take a look at my top 5 picks for audiobooks about California wine history available on Audible.

Gallo Be Thy Name: The Inside Story of How One Family Rose to Dominate the U.S. Wine Market by Jerome Tuccille with Grainger Hines narrating.

First published in 2009, Tuccille’s work documents the family history of Ernest & Julio Gallo and how they turned a small post-prohibition winery into a global empire. I’m honestly shocked that the Gallos’ story hasn’t been turned into a Netflix miniseries. There is tons of drama here–not the least of which is the possible murder-suicide committed by Ernest & Julio’s father, Joe Gallo, with their mother Susie.

But beyond the drama and family intrigue is a thoroughly engrossing case study in wine business–especially in the American market. While it is very easy to poo poo Gallo wines today, there is no denying their continued success.  Savvy business acumen that responded to changing dynamics in consumers’ tastes drove that success.

Ernest & Julio had almost an intuitive sense about what Americans wanted to drink and they delivered it. That savvy is still on display by their descendants who continue to grow the Gallo empire with new acquisitions and expansions.

A Man and His Mountain: The Everyman Who Created Kendall-Jackson and Became America’s Greatest Wine Entrepreneur by Edward Humes with Mel Foster narrating.

I have not read this one yet but I can see this being similar to Tuccille’s work, absent the murder intrigue and family drama. For wine students wanting to understand the American market, you need to understand the figures who have had their finger prints all over it.

Like Ernest & Julio, Jess Jackson built an empire. But his start was world’s apart from the Gallos. A lawyer by training, Jackson purchased a pear and walnut farm in Lake County in 1974 to give him a change of pace as a gentleman farmer. He planted some vines which he sold to wineries like Fetzer. When Fetzer unexpectedly cancelled a large order on him one vintage, Jackson decided to make wine from the grapes himself. This was the birth of the Kendall-Jackson Vintner’s Reserve Chardonnay that has gone on to be a 3 million+ case behemoth.

The background of the author, Edward Humes, also jumped out to me. Following a long career as an investigative journalist, he’s written several highly acclaimed books covering a broad spectrum of topics such as Garbology: Our Dirty Love Affair with Trash, Force of Nature: The Unlikely Story of Wal-Mart’s Green Revolution and Mississippi Mud: Southern Justice and the Dixie Mafia. This is not the typical resume of a wine book writer which, for me, adds a lot of intrigue to this book.

Judgment of Paris: California vs. France and the Historic 1976 Paris Tasting That Revolutionized Wine by George M. Taber with Sean Runnette narrating.

Some of the wineries that participated at the famous 1976 Judgement of Paris wine tasting event.

Taber’s 2005 book has long been a favorite of mine. While I haven’t dived into them yet, his other wine books are high on my “to read” list.

To Cork or Not To Cork: Tradition, Romance, Science, and the Battle for the Wine Bottle

A Toast to Bargain Wines: How Innovators, Iconoclasts, and Winemaking Revolutionaries Are Changing the Way the World Drinks

In Search of Bacchus: Wanderings in the Wonderful World of Wine Tourism

It’s hard to know where the American wine industry would be today if the 1976 Paris tasting didn’t happen, or if Taber wasn’t there for Time magazine to report back. Robert Mondavi was still actively promoting American wines but did the 1976 tasting help spark his joint venture with Baron Philippe Rothschild that became Opus One?

The Baron’s 1970 Château Mouton-Rothschild was one of the French wines that unexpectedly lost in the blind tasting to an upstart from California (in this case, Warren Winiarski’s Stag’s Leap Wine Cellars). Coming only three years after Rothschild’s dogged petitioning finally got his Second Growth estate elevated up to First Growth, it’s fascinating to wonder how those dominoes fell to lead him to invest so heavily into California.

Now Taber’s book doesn’t really go off into that kind of speculation and tangent. But he does provide some great background details about the California wineries that took part (Stag’s Leap, Ridge, Heitz, Clos du Val, Mayacamas, Freemark Abbey, Ch. Montelena, Chalone, Spring Mountain Vineyards, Veedercrest and David Bruce) as well as the general state of the California wine industry at the time. Most importantly he provides context to an event that undoubtedly was a pivotal moment in not only Californian, but also American, wine history.

The House of Mondavi: The Rise and Fall of an American Wine Dynasty by Julia Flynn Siler with Alan Sklar narrating.

Robert Mondavi with author Pat Montandon in 1981 at the Premier Napa Valley Auction.

Speaking of Robert Mondavi, his story and family drama would also make a very interest Netflix series. It’s still jaw dropping to think about how fast the forced sale and corporate takeover of the Mondavi Winery by Constellation Brands happened back in 2004.

Even though the empire’s collapse was rapid, there were smoldering cinders burning long before the ruble. While they never came to blows like Robert and his brother Peter famously once did, the infighting among Robert’s children–Tim, Michael and Marcia–played just as much of a role in shaping the Mondavi family narrative.

Siler’s work touches on all that as well as the family’s early history dating back to Cesare Mondavi’s arrival in the US from his native Italy. But the major focus of the book is the charismatic force of Robert Mondavi. Like the Gallos, Jess Jackson and Martin Ray, it’s hard to see the American wine industry being what it is today without his legacy.

Napa: The Story of an American Eden by James Conaway with John Morgan narrating.

This book is part of a series that Conway has written about the history and potential future of Napa Valley. The other two books are The Far Side Of Eden (2003) and Napa at Last Light: America’s Eden in an Age of Calamity (2018) with The Far Side of Eden not yet available in audio format. 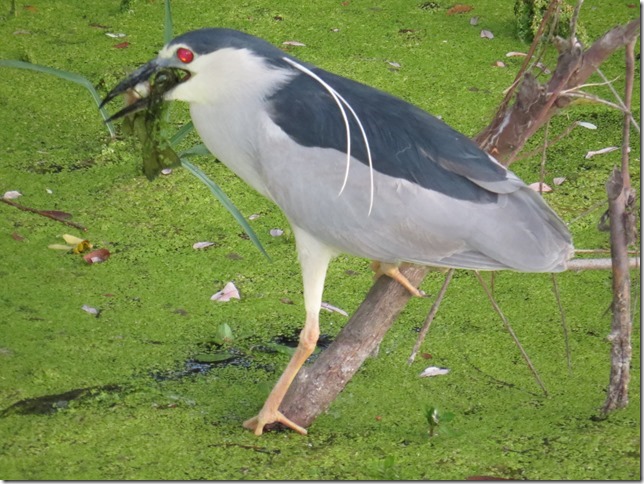 A black-crowned night heron fishing in the Napa watershed. Concern for the habitat of this bird and other animals fueled support for Napa Prop C. which aimed to curb vineyard development in the hills of the valley that feed into the watershed.

I just started reading the hard copy version of this book. I was inspired to pick it up after listening to Levi Dalton’s interview with James Conway on episode 446 of his I’ll Drink To That! podcast.

Prior to his great interview with Dalton, Conway was already on my radar after reading his very biting essay for The Atlantic from March of this year titled “Rich People Are Ruining Wine”. A lot of this was happening during the political battle surrounding Napa’s Prop C ballot measure that aimed to limit vineyard development on hillsides that would have impacted the watershed of the Napa river.

Following a lot of heated debate from both sides, the measure ultimately lost in this June’s election–49.1% to 50.9%. Listening to Conway’s interview with Dalton and reading the first few chapters of this book, it seems that the war over Prop C was just another chapter in the endless story of the battle for the soul of Napa.