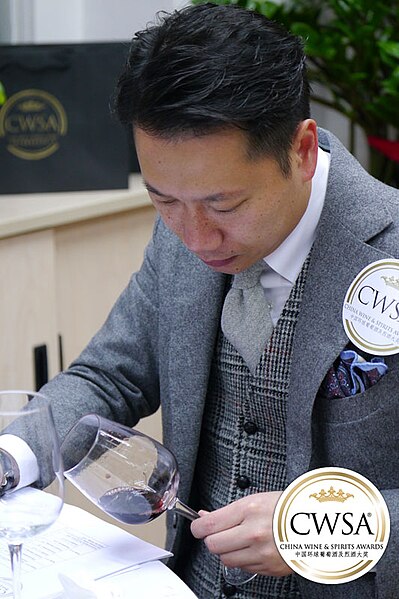 I’m doing research on how effective wine competitions are for wineries and how much they may benefit consumers. This is what I’ve been reading today.

The truth about wine awards: why medals don’t mean great bottles (May 2015) by Victoria Moore at The Telegraph.
Interesting stats about the medal award rates at the Decanter World Wine Awards and International Wine Challenge (IWC)

We Won’t Participate as Judges in Wine Competitions: Here’s Why (August 2010) by Lenn Thompson at New York Cork Report.
Talks about some of the behind the scenes vagaries with judging. The story about different judges responding to Brett in wine had resonance for me.

How American Consumers Select Wine (June 2008) by Liz Thach at Wine Business Monthly.
Downplays the role of medals in influencing American consumers’ decision to buy wine. The fact that the #1 influencer for both retail and restaurant consumers is previous tasting experience with a wine is something worth exploring more. Bookmarking this link because this has a lot of good info. 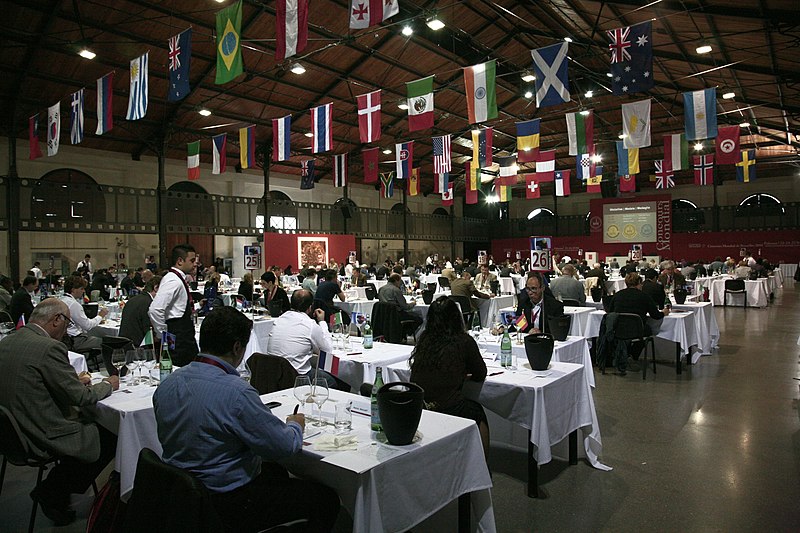 Tasting at the Concours Mondial de Bruxelles competition in 2010.

Wine Competition: For Whom the Medals Toll? by W. Blake Gray at Palate Press.
More behind the scenes judging insight and differences in American vs European competitions. Also pointing me in the direction to read more about Robert Hodgson’s studies.

An Examination of Judge Reliability at a major U.S. Wine Competition by Robert T. Hodgson on wineeconomics.org.
The aforementioned study with interesting charts.

Wine Tasting, Third Edition: A Professional Handbook by Ronald S. Jackson.
Chapter 6: Qualitative Wine Assessment goes into the value of wine competitions for wineries and the importance in having judges who are trained in sensory evaluation and experienced in the wine styles they are judging.

The Business of Wine: An Encyclopedia by Geralyn and Jack Brostrom.
Section F: Festivals, Trade Shows and Competition goes into the usefulness of wine competitions for marketers and retailers. Also emphasizes the importance and qualification of the judges.

Wine Marketing & Sales, Second edition by Janeen Olsen, Liz Thach and Paul Wagner.
Chapter 8: Wine Budgets and Pricing goes into the cost associated in entering competitions and their potential impact on wine pricing. Also makes the interesting point that for supermarket wines, having a floor stack is far more valuable than a gold medal.

At a 2018 Unified Wine & Grape Symposium panel on Cabernet Sauvignon, one of the directors of winemaking for E. & J. Gallo Winery, Chris Munsell, shared a bit of advice that he learned from a marketing executive.

…for any wine to be successful, it need[s] to be of good quality, known by consumers and profitable for everyone involved. — Wines & Vines, Jan 29th, 2018.

Following that line of thought, it’s easy to see how Cabernet Sauvignon ticks off each box.

Cab’s ability to make high quality and age-worthy wines is legendary. It is relatively easy to grow in the vineyard and is very adaptable to a wide range of winemaking techniques. This adaptability increases the profitability of the grape. Winemakers can make virtually any style of Cab to fit consumers’ tastes at prices that still meet desired profit margins.

At the Unified panel mentioned above, Evan Schiff, the winemaker for Francis Ford Coppola Presents’ Diamond line, describes how Coppola can make consistent under $13 Cabernet Sauvignon sourced from vineyards throughout California. They achieve this with enzymes that facilitate quick fermentation, oak barrel alternatives like chips and staves (as opposed to $400-1000 new barrels) and micro-oxygenation.

Meanwhile, in Napa County where a ton of Cabernet Sauvignon grapes can cost anywhere from $6,829 to $59,375, producers seemingly have no problem selling high-end Napa Valley Cabernets for several hundreds of dollars.

The reason why Cabernet Sauvignon is a relatively easy sell is because of the second point in Munsell’s advice. For consumers, it is a known quantity. 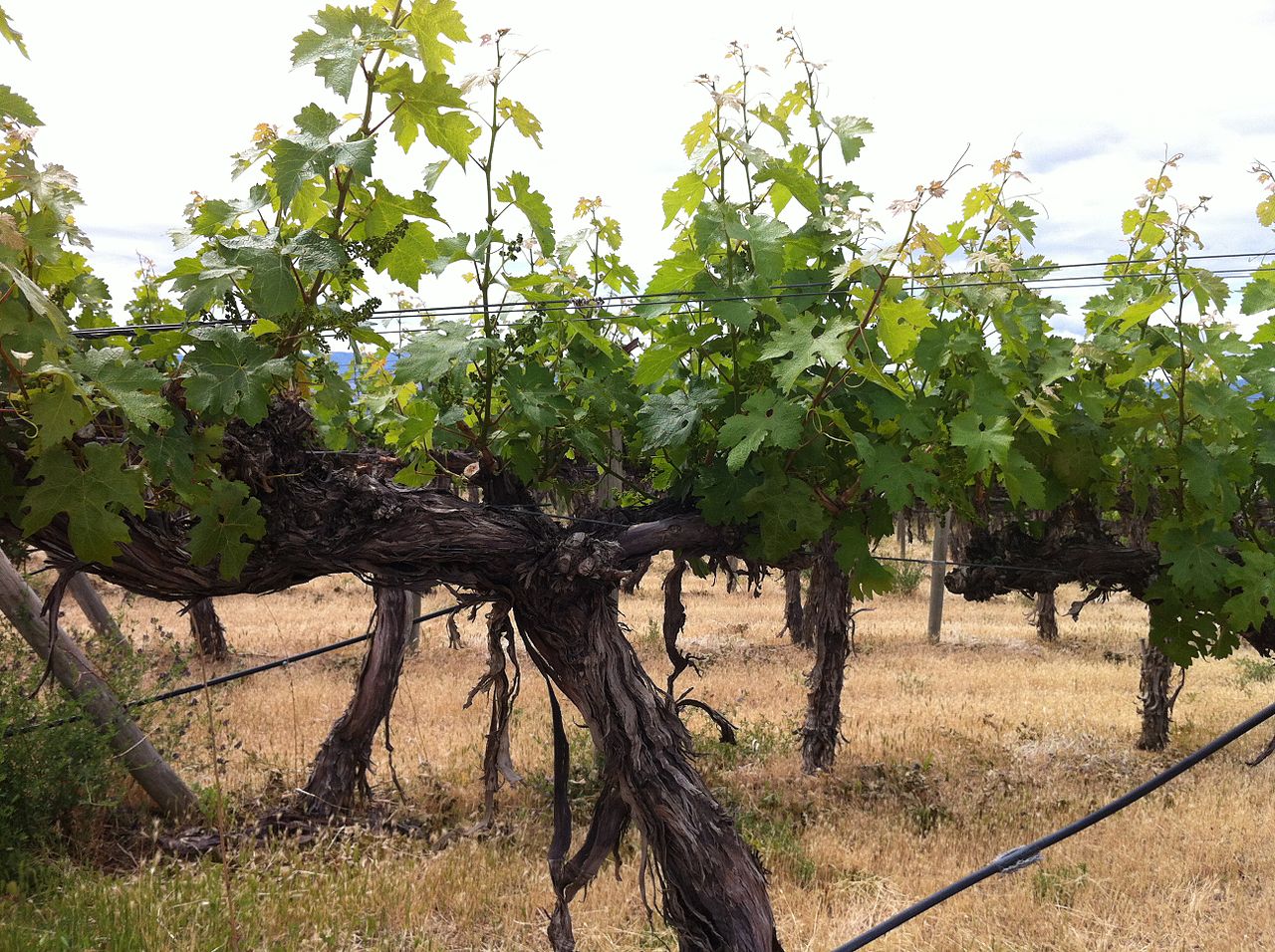 One of the oldest plantings of Cabernet Sauvignon in Washington State at Red Willow Vineyard in the Yakima Valley.

Cab is clearly King, but even the reigns of Sobhuza II and Louis XIV eventually came to an end. Looking to the horizon, it is not hard to find trends that, like Macbeth’s witches, whisper of toil and trouble in store for the monarch.

Fair is Foul and Foul is Fair: Who seeks something unique and rare?

If you want to bet on the dethronement of Cab, you only need to look towards the first, second and third murderers of all things–Millennials. With over 75 million members (surpassing now the Baby Boomers), industries ignore this influential demographic at their peril.

While it’s a mistake to overly generalize with such a large cohort, one consistent theme that has emerged is that Millennials tend to value experiences over material goods. In the wine industry, we see this play out in Millennial wine drinkers’ “curiosity” about unique grape varieties and unheralded regions. Instead of seeking out the high scoring Cult Cabs and status symbols that beckoned previous generations, Millennials often thirst for something different, something exciting.

A report by Master of Wine Matt Deller notes that 65% of Millennial drinkers in his Wine Access study actively sought out “unusual wines and vintages.” And while the buying power for Millennials currently lags behind Generation X and Baby Boomers, Millennials have a desire to spend more.

With this context in mind, some interesting trends stand out when you look at the acreage reports of vineyard plantings in California.

Of course, Cabernet Sauvignon still commands a significant chunk of acreage with 90,782 acres of vines in 2016. That is around a 26% increase from 2008 and is a testament to the healthy market that exists for Cabernet. But looking a little deeper we see savvy vineyard owners and wineries anticipating the adventurous appetites of Millennial drinkers.

How does Teroldego pair with newt eyes and frog toes?
From the California Department of Food and Agriculture and USDA 2016 acreage report

During that same 2008-2016 period, there is impressive growth in Italian grape varieties in California like Aglianico (≈ 63% growth), Montepulciano (≈ 77%) and Primitivo (≈ 233%). Even the obscure northeastern Italian grape of Teroldego from Trentino-Alto Adige/Südtirol is getting in on the action with an astounding growth of nearly 731%.

The vast majority of these new Teroldego plantings occurred in 2014 & 2016 with huge producers like Bogle Vineyards, Constellation Brands, E & J Gallo Winery and Trinchero Family Estates behind most of the plantings in the Central Valley of California. It looks like the grape is being groomed to be the “new Petite Sirah”. It likely will be a key component in mass-produced red blends or a Pinot noir-enhancer. However, varietal examples from producers in Clarksburg, Lodi, San Luis Obispo and Santa Barbara could offer consumers attractive and characterful wines.

Beyond the second wave of Cal-Ital varieties, Cabernet is seeing growing competition from its Bordeaux stable-mates.  We see increase plantings in Malbec (≈ 130% growth) and Petit Verdot (≈ 62%) as well as the Uruguayan favorite Tannat (≈ 132%).

Among white wines, we see a similar pattern.

Though Chardonnay still accounts for over 94,000 acres in California–an increase of around 13% from 2008. If she was around today, it’s likely that Lady Macbeth would be drinking Moscato… or Rombauer Chard
From the California Department of Food and Agriculture and USDA 2016 acreage report

Chardonnay still rules by Cabernet Sauvignon’s side. However, we have upstarts like the Spanish variety Albariño (≈ 107% growth) and Portuguese grape Verdelho (≈ 75%) seeing a significant increase in plantings.

As with the reds, the interest in Italian white varieties is growing.  Vermentino is seeing around a 287% growth in plantings. Plus, the combined stable of Muscat grapes (led by Moscato bianco) more than doubled their acreage in 8 years.

There is no question that Cabernet Sauvignon bears a charmed life. It makes delicious wines that delight both wine drinkers’ palates and wineries’ bottom lines. But the fickle and ever-changing tastes of the wine world means that even the greatest of kings have reigns that are just brief candles.

While Cab’s light is not likely to go out anytime soon, perhaps the king should watch out for his shadows.