This is a frequent series by Lee on the Zinfandel Chronicles that highlights reviews and articles that discuss Zin. He was gracious enough to include my recent review of the 2014 Two Vintner’s Zinfandel in his recent round-up but I was most excited to explore several of the other links he posted. Below were two of my favorites.

Have We Taken the “Less Is More” Wine Aesthetic Too Far? by Jon Bonné (@jbonne) for Punch (@punch_drink)

With Bonné being one of the big proponents for lighter, lower alcohol wines (pretty much the anti-thesis of “Parkerized”), this was not an essay I expected to read from him. But he does make a lot of great points about the value of diversity as he bemoans the lack of interest in what he terms “Ferdinand wines”–big wines that have beauty even at high alcohol levels–such as California Zinfandel, Amarone, Brunello di Montalcino, Châteauneuf-du-Pape and Priorat.

As I described in my post Zin-ful Thoughts, my opinions of Zinfandel are evolving and I’m eagerly looking for new areas to explore. Brook gives a nice overview of Dry Creek Zins and has me particularly intrigued by the offerings of Joel Peterson’s Once & Future from the Tedeschi Vineyard, Fritz Underground Winery and Passalacqua’s PQZ. Cayuse manages to be weird in both taste and marketing. Though, IMO, their Cailloux and En Chamberlain Syrahs–with their boring orange labels–are the best.

Part 1 of a series from the World of Syrah presentation given by writer Patrick Comiskey (@patcisco) and Master Sommelier/Master of Wine Doug Frost (@winedogboy). Nice overview of the distinction between the regions where Syrah is used as the primary grape versus more of a blending variety but my favorite quote is the one Bean highlights from Comiskey “The Syrah taste needs to be weird NOT the marketing”.

The beauty of Syrah, especially from the Rocks District in Oregon, is the funky weirdness. But gimmicky marketing is just….gimmicky marketing. If the wine can’t stand out on its own without the gimmicks than that should be a red flag.

March is Taste Washington Wine Month which at SpitBucket means that I’ll be nose deep in studying more about the history of the vineyards, wineries and people that make the Washington wine industry so exciting.

March is also Women’s History Month and I loved this article from LeClaire highlighting kick-ass women who are not only winemakers (like Kay Simon of Chinook and Cheryl Barber-Jones of Chateau Ste. Michelle) but also sommeliers, writers (Braiden Rex-Johnson of Northwest Wining and Dining), chefs, and educators (Joan Davenport of WSU and DavenLore Winery).

Purple Gold: The influence of Husky alums can be tasted throughout the Northwest wine industry (December 2012) by David Volk for the Columns alumni magazine of the University of Washington.

I stumbled across this link while researching for the The Mastery of Bob Betz post. Every Apple Cup, I want to do a tasting of Husky wines vs Coug wines but, while it is easy to find wines made by WSU grads, until I came across this link I didn’t have an easy resource for wines with UW connections.

Inspired by Peter Blecha’s essay on the history of Associated Vintners that I highlighted in my 3/3/18 Geek Notes, I wanted to research more about the role that William B. Bridgman played in the history of Washington wine.

That research brought me to Perdue’s article on the history of Upland Vineyard that Bridgman first planted in 1917 with Vitis vinifera varieties like Zinfandel and Sauvignon blanc. Today the vineyard is owned by the Newhouse family who continue to farm old blocks of Cabernet Sauvignon, Chenin blanc, Merlot and Riesling that were planted in the 1970s. There is also a block of old vine Black Muscat that the date of planting is not quite known but it is possible that these vines are approaching the century mark.

Going to need more than 60 Seconds to geek out about this new Washington wine.

In January, Ste. Michelle Wine Estates released their newest wine, Borne of Fire, featuring fruit from the newly proposed AVA The Burn of Columbia Valley. A 2016 Cabernet Sauvignon with 10% Malbec blended in, Borne of Fire is the only wine currently on the market that features fruit exclusively from this new region in Washington State. Located in Klickitat County just west of the Horse Heaven Hills and east of the Columbia Gorge AVA, The Burn encompasses the plateau and benchland bordered by the Columbia River to the south and two creeks (Rock and Chapman) flanking it northwest and northeastern sides. The name comes from the tradition of settlers in the late 1800s and early 1900s of setting the entire plateau on fire in the fall to provide ash and fertilizer that would rejuvenate the grasslands in the spring when the horses needed to be fed.

Cabernet Sauvignon vines were first planted in 2002 by Chateau Ste Michelle and the Mercer family of the Horse Heaven Hills. In 2015, plantings were greatly expanded with more Cabernet Sauvignon, Malbec, Syrah, Sangiovese and Chardonnay. Of the nearly 17,000 acres in the proposed AVA, 1261 acres are currently planted. Chateau Ste. Michelle already has plans to expand to 2100 acres.

This expansion would surpass the 1671 acres currently planted in Walla Walla and almost reach the 2225 acres planted in Red Mountain.

The Next Red Mountain? Location of The Burn within Washington State

The propose AVA draws some comparison to Red Mountain with its warm temperatures and similar heat accumulation numbers. However, the heat is spaced out over a longer growing season that allows more hang time to ripen stem and seed tannins while still maintaining fresh acidity.

The unique soils of The Burn are a mixture of silt-loam and loess that retains water better than the gravel and sandy loam typical of Red Mountain and many other Eastern Washington AVAs. With an average of 8.7″ of rain, vineyards in The Burn have reduced needs for irrigation and the potential to dry farm in some vintages.

The AVA petition for The Burn was officially accepted October 31st, 2017 with Joan Davenport (of Washington State University and Davenlore Winery), Kevin Corliss (of Ste. Michelle Wine Estates) and John Derrick (of Mercer Canyons) as the petitioners.

Borne of Fire is made by Juan Muñoz-Oca, the head winemaker of Columbia Crest and Intrinsic, at Ste. Michelle Wine Estate’s Paterson facility. The wine is 90% Cabernet Sauvignon and 10% Malbec.  Sourced from 2015 plantings, the Malbec was harvested after only its second leaf.

The Cabernet grapes were mostly fermented whole cluster with the stems. The wine was then aged nearly a year in large 120 gallon puncheons of Hungarian oak. The casks were lightly toasted to pay homage to The Burn’s history. Around 35,000 cases were produced for the inaugural release. Plans for the 2017 release has that number jumping to 95,000 cases. 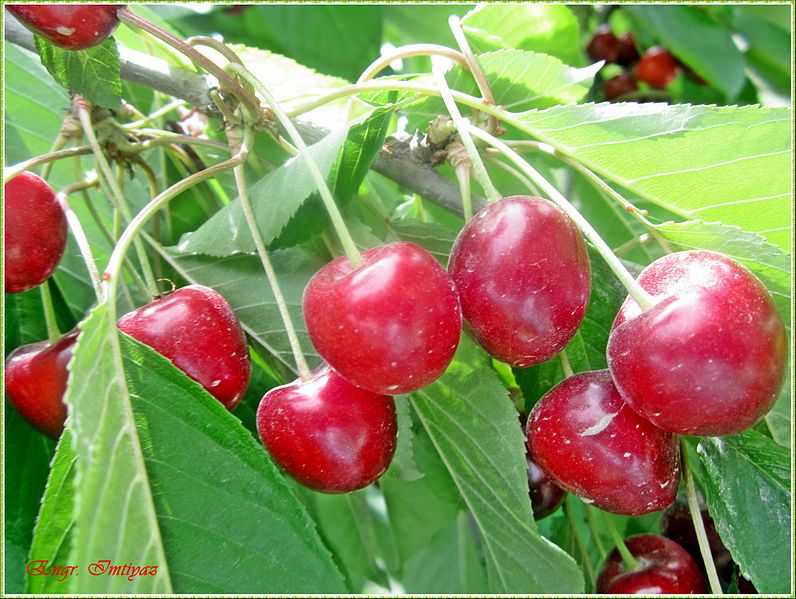 This very young wine has some fresh red cherry notes.

Medium-minus intensity nose. Very tight. Some red cherry and spice. There is an interesting black tea component on the nose that I usually associate with Pinot noir from the Yamhill-Carlton District (like stuff sourced from Shea Vineyards).

On the palate, the tightness and youth still hold court. Medium plus acidity and medium plus tannins lock the fruit and doesn’t allow much to express itself. Working it around a bit in the mouth lets some red currant join the cherry fruit from the nose. The finish is short but that intriguing mix of black tea and “Malbec-like” spice briefly appears.

At around $23-26, you are buying this wine on its potential–both of the wine and the terroir of The Burn. As Red Mountain Cabernet Sauvignon usually cost $35+, this AVA could offer compelling value.

There are definitely some intriguing hints. I can see this wine developing on a steep learning curve over the next year. Right now, it just needs more bottle age.