A few quick thoughts on the 2017 Finn Hill “Le Fantôme” Rosé of Pinot gris from the Sugarloaf Vineyard in the Rattlesnake Hills AVA of the Yakima Valley. Finn Hill winery was founded in 2008 by Rob Entrekin in his garage in the Finn Hill neighborhood of Kirkland, Washington–an area first settled by Finnish families.

In 2016, Finn Hill was named by Wine Press Northwest magazine as a “Washington Winery to Watch”.

The Sugarloaf Vineyard was first planted in 2005 by Joe Hattrup (who also owns Elephant Mountain Vineyard) on the southwestern slopes of the Rattlesnake Hills. Today the vineyard covers 37 acres on shallow, gravely soils of silt loam with some clay. In addition to Pinot gris, Sugarloaf also grows Grenache, Tempranillo, Mourvedre, Syrah, Viognier and Riesling.

Rose petals certainly play a big role in the flavors of this wine.

On the palate, the white peach, strawberry and rose notes all carry through. However, the floral flavors definitely dominate. In many ways this rosé taste like you have a bunch of rose petals in your mouth with the sense of texture partnering with its light-bodied weight. Medium acidity could use just a tad more lift to bring out the freshness of the fruit but offers enough balance to keep the wine enjoyable. Moderate length finish brings back the white peach and strawberry though the floral notes aren’t far behind.

Probably the most famous rosé of Pinot gris in Washington is Long Shadow’s Julia’s Dazzle and for around that same $18 price point, this Finn Hill rosé is pretty on par in quality.

Overall the Finn Hill is a tad drier while the Julia’s Dazzle has more acidity but both offer plenty of pleasure while sipping on the patio. 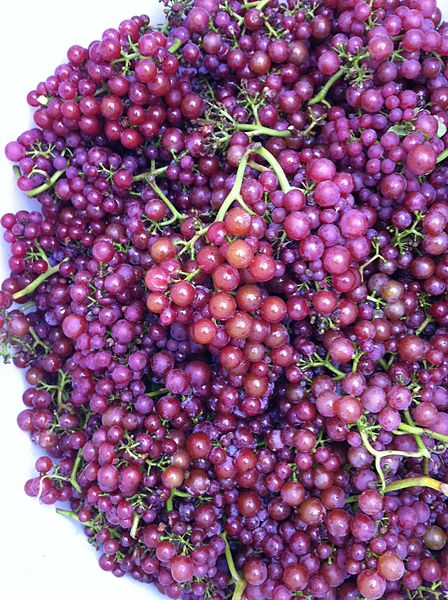 I make no effort to hide my enthusiasm for Washington State Cabernet Franc. As I noted in my Walla Walla musings, Washington Cabernet Francs have the structure and depth of our best Cabernet Sauvignon and Merlot wines but with an intoxicatingly gorgeous bouquet that can range from perfumed and floral to savory fresh forest floor and coffee nuances. It truly is a grape variety that every Washington wine lover should explore. For wine drinkers outside the state, these wines may be hard to come by but they are worth the hunt. Simply put, if you see a Washington Cab Franc on a restaurant list or wine shop shelf, try it!

I suspect that Michael Savage of Savage Grace Wines shares a similar love affair for Cabernet Franc because he makes two fantastic examples of the variety–one from Two Blondes Vineyard and the other from Copeland Vineyard in the Rattlesnake Hills. He also makes a Cabernet Franc rosé from grapes sourced from Red Willow Vineyard in the Yakima Valley.

Full disclosure, I was in the same wine production class as Michael Savage at the Northwest Wine Academy so I got to see the nascent beginnings of his winemaking career. He started his winery in 2011 with his very first release being a Cabernet Franc from the Columbia Valley.

Inspired by the wines of Oregon producers J. Christopher and Cameron Winery, Savage makes his wines in a distinctly “Old World style”, using native fermentation and a light touch of oak. The wines rarely go above 13.5% alcohol with a yearly production around 2400 cases. 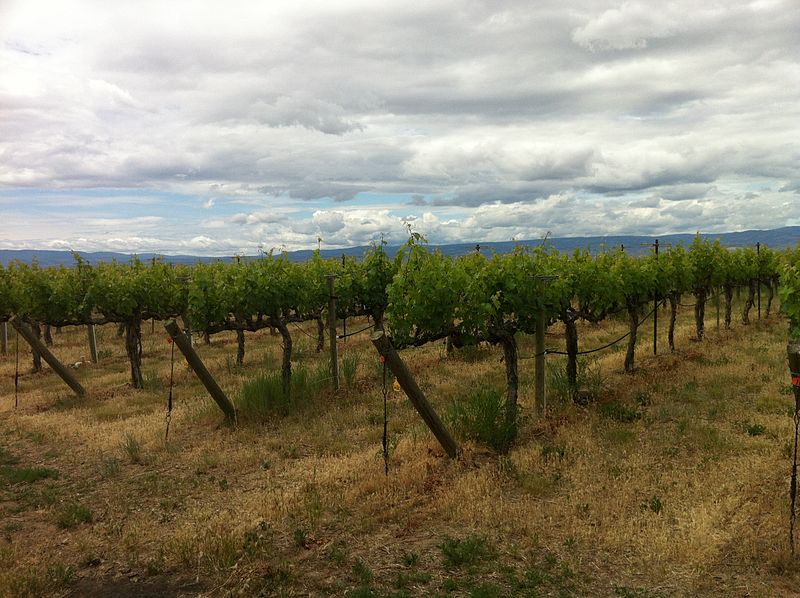 Cabernet Franc is prized in Washington and Bordeaux for adding color, aroma and acidity to Cab and Merlot-based blends. Varietal wines are trademark by vibrant berry fruit that can range from red raspberry to blueberry. Wines often have floral aromatics (particularly violets), juicy acidity and savory nuances like freshly ground coffee, olive tapenade and forest floor. With oak, chocolate and tobacco spice can emerge.

Copeland Vineyard was planted in 2000 in the Rattlesnake Hills AVA of Yakima Valley. Owned by the Rawn brothers of Two Mountain Winery, the vineyard was converted from an orchard planted by their grandfather in 1951.

Two Blondes Vineyard was planted in 2000 by Chris Camarda of Andrew Will and Bill Fleckenstein.  Located next door to Sheridan Vineyard, the name references the hair color of both men’s wives.  A bit cooler than Copeland, the 30 acre vineyard averages around 2200 degree days.

Chris Hoon, a 3rd generation farmer, manages the vines as well as those of neighboring Sheridan Vineyard. Beyond Cabernet Franc, Cabernet Sauvignon, Merlot and Malbec are also planted. The 2016 Copeland Cabernet Franc was sourced from the Rattlesnake Hills AVA with around 260 cases made. Savage aged the wine 6-7 months in neutral oak barrels. Inspired by the Loire Valley Cabernet Francs of Chinon, Saumur-Champigny and Bourgueil, this young Cab Franc has high intensity aromatics of raspberry and rhubarb pie as well as blue floral notes. There is also a little herbal aromatics that add complexity but not enough to describe it as green.

On the palate, those raspberry and rhubarb notes come through and are heighten by the juicy, medium-plus acidity. The wine feels heavier in the mouth than what it 12.5% ABV would suggest with grippy but approachable medium-plus tannins. Some of the rhubarb “pie spice” notes come out on the palate like cinnamon and nutmeg. Long, mouthwatering finish.

2016 was the first release of the Two Blondes Vineyard Cabernet Franc and this wine couldn’t be more different than the Copeland. High intensity aromatics as well with similar blue floral notes but this wine uniquely has savory pink peppercorn spiciness and olive tapenade that gets your mouth watering before even taking a sip. There is also fruit in the bouquet but it’s more blueberry than raspberry. It doesn’t have the freshly ground coffee notes yet but I can see that emerging in this wine with more bottle age.

On the palate that tapenade savoriness takes on a meaty element that would have me thinking in a blind tasting of a lighter style Côtes du Rhône until the minerally graphite pencil lead note emerged. The pink peppercorn spice carries through as well with the medium-plus acidity keeping the mouthwatering action going. The medium tannins are very soft for such a young wine and almost velvety. Like the Copeland, the Two Blondes Cab Franc has a long finish with the blueberry fruit lingering.

Both the 2016 Savage Grace Copeland Cabernet Franc and 2016 Two Blondes Cabernet Franc are outstanding bottles. They exhibit very well two shades of this grape variety’s personality in Washington State. Very food friendly and approachable now, I can see these wines continuing to give pleasure over the next few years.

At $28-32, they are both very solid wines for the price point. However, I would give the nod to the Two Blondes as being the most complex and layered. There is so much nuance and character in this wine that it’s worth getting multiple bottles to watch it develop. Founded by Rick & Darcy Small in 1981, Woodward Canyon was the second modern-era commercial winery in Walla Walla (after Leonetti Cellar) and was one of the driving forces in getting the Walla Walla Valley recognized as an AVA in 1984.

According to Paul Gregutt in Washington Wines and Wineries, the Artist Series line of Cabernet Sauvignon was first released in 1995. Since 2003, Kevin Mott has overseen winemaking duties after stints at Canoe Ridge and Sagelands (when those wineries were owned by the Chalone Wine Group).

The 2013 edition of the Artist Series was sourced from 7 vineyards–the Woodward Canyon Estate and Summit View Vineyard in Walla Walla, Champoux Vineyard and Discovery Vineyard in the Horse Heaven Hills, Charbonneau Vineyard and Sagemoor Vineyards in the Columbia Valley AVA and Spring Creek Vineyard in the Rattlesnake Hills.

Medium plus intensity nose. Big dark fruit with dark chocolate notes. With a little air, a mix of sweet herbal notes like marjoram and fennel come out. 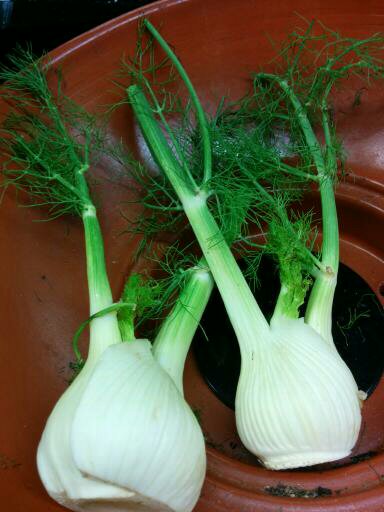 On the palate those dark fruits come through being more defined as black cherry and black berry. The dark chocolate note still lingers but there isn’t any overt vanilla and oak spice. The wine is full bodied with medium plus acidity and a lengthy finish.

This is one of the benchmark standards for Walla Walla Cab and it shows. The acidity gives lift and freshness to the lush dark fruit, adding a savory, juicy component.

It’s a young wine that is drinking great now but will probably continue to develop beautifully for another 5 years. At around $55-60, it is well worth the money for this gorgeous Cab.