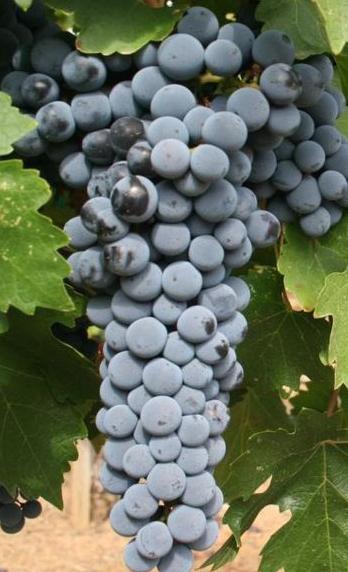 Andy Perdue of Wine Press Northwest says it time for Washington State wine producers to “double down” on Cabernet Sauvignon.

The state needs to focus, he says, much like how Oregon did several decades ago with Pinot noir.

Washington has proved it can grow several wine grape varieties very well, and in some ways this has hurt the industry, because the state hasn’t had a focus. Now, we can align ourselves with other Cab regions, including Bordeaux and Napa Valley. — Andy Perdue, 9/13/18

Now why in the hell would we want to do that?

Napa On My Mind — And The Minds Of Most Consumers

But what you can fault is the idea that we should start hoarding all our eggs into one Cab basket–especially a basket that is already dominated by one really large hen.

Look at any “Most Popular” list of American wines and you can easily see a stark theme. I would definitely be impressed seeing a wine list with Woodward Canyon prominently featured.

The Most Searched-For Cabernet Sauvignon on WineSearcher.com in 2017.

Pretty much the same Napa-dominated list like the ones above with Quebrada De Macul’s Domus Aurea from Chile, Gramercy Cellars’ Lower East from Washington, Thelema Mountain Vineyards’s The Mint and Springfield Estate’s Whole Berry from South Africa sprinkled in for diversity.

This is not to say that Washington State can’t compete with California–in quality or in price. Lord knows we can and often exceedingly over deliver in both. Many years the state usually leads the pack in percentage of wines produced that receive 90+ scores from critics and often command a sizable chunk of year-end “Top 100” lists.

Perhaps the Washington State Wine Commission needs to get Steven Spurrier on the phone.

But to the vast majority of American wine buying consumers (particularly of Cabernet Sauvignon) that hardly makes a dent in their Napa-centric worldview. Pretty much since the 1976 Judgment of Paris, Cabernet Sauvignon in the United States has been synonymous with Napa Valley, California.

Of course, I’m not saying that Washington should stop producing its bounty of delicious and highly acclaimed Cabs but why should we double down on chasing a horse that has already left the stable?

The Lessons Of Oregon

To bolster his case, Perdue points to the example of Oregon which has built its brand (quite successfully) on the quality and notoriety of its Pinot noir. It’s no shock that on that same Wine & Spirits Top Restaurant List that Oregon has a healthy showing with Adelsheim Vineyard, Argyle Winery, Cristom Vineyards, Domaine Drouhin Oregon, Elk Cove Vineyards and King Estate representing the state–doubling the amount of wineries that Washington has featured.

Perdue would, presumably, attribute that success to Oregon’s seemingly singular focus on Pinot noir instead of the jack-of-all-trades approach that Washington State has taken in a modern history that is pretty close to the same age.

But what I don’t think Perdue has really taken into consideration is that Oregon started doubling down on Pinot long before Pinot noir was cool. 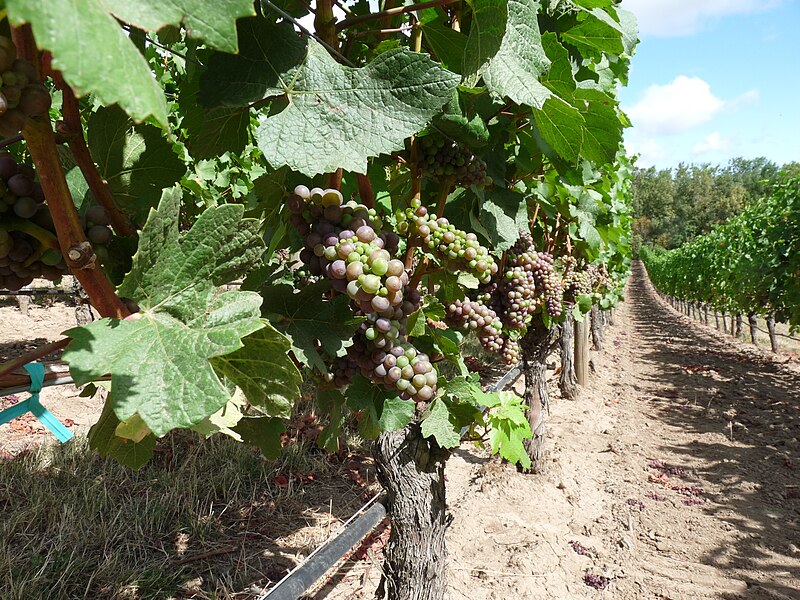 In his book Oregon Wine Country Stories Kenneth Friedenreich notes that many of Oregon’s early pioneers were thought to be crazy by their neighbors and bankers when they started planting Pinot noir in the Willamette Valley in the 1960s. It wasn’t until the 1980s when French producers like the Drouhin family of Burgundy took notice that the state began getting some attention on the world’s stage.

Even then, Oregon Pinot noir was still a tough sell in the domestic US market.

It’s hard to discount the impact that the 2004 film Sideways had on the perception of Pinot noir. As David Adelsheim noted “There were two great grapes of America [Cabernet Sauvignon & Chardonnay], and after ‘Sideways,’ there were three,” with the Oregon wine industry reaping the benefit of sustained sales ever since.

In the game of life, when Oregon wine producers were least expecting it, they rolled a ‘7’. But they could have just as easily crapped out.

Oregon was initially betting on a long shot–not a 2 to 1 favorite like Cabernet Sauvignon. It’s crazy to think that Washington could every get the same kind of payout.

How About Betting On What’s Exciting? Seriously, if you are not on the Washington Cab Franc train than you are lagging behind my friend!

Earlier this week Sean Sullivan of Seattle Met and Wine Enthusiast published a fantastic list of “The 30 Most Exciting Wines in Washington”.

Now while there are certainly Cabs included on this list–several of which, like Passing Time and Quilceda Creek, I wouldn’t dispute–there are several wines included that are truly, genuinely exciting.

Yes, an Aglianico! From Leonetti!

The 2012 vintage of this wine was one of the best wines being poured at the Walla Walla Valley Wine Alliance tasting in Seattle earlier this year.

I’m no stranger to hollering into the void about the charms and deliciousness of Washington Chenin blanc. I love that L’Ecole is highlighting “Old Vines” on this bottle. It shows that their faith in this wonderful variety isn’t a fly-by-night fancy.

Cinsault has been on my radar since attending the Hospice du Rhone seminar highlighting South African Cinsault. Obviously Washington doesn’t have anywhere close the vine age or experience but Morgan Lee of Two Vintners is an incredibly talented winemaker so it will be fun to see what he could do with the grape.

Michael Savage makes some of my favorite Cabernet Francs from the Two Blondes Vineyard and Copeland Vineyard. The Boushey Vineyard is one of the grand crus of Washington. All perfect ingredients for what is likely a very kick ass wine.

If you’re not drinking Picpoul, is it really worth drinking anything?

This Syrah, made by Matt Reynvaan (of Reynvaan Family Vineyards fame),  is practically treated like a Brunello di Montalcino. It sees two years of oak aging followed by 3 years of bottle aging before release. A fascinating project.

Yeah, yeah the Rocks District is technically Oregon. But since the wine consuming public is too myopically focused on Oregon Pinot noir,  Washingtonians can take credit for the insane depth and character that comes out of wines from this area. At the Taste Washington “Washington vs The World Seminar” this was the run away winner at an event that featured heavy hitters like Joseph Phelps Insignia, Lynch-Bages, Sadie Family, Amon-Ra and Duckhorn Merlot.

Another lesson from Oregon that’s often overlooked is the lack of attention given to other grapes grown in the state. This was a takeaway I had from Friedenreich’s Oregon Wine Country Stories that I noted in my review with the fascinating possibilities of the Southern Oregon AVAs like the Umpqua, Rogue and Applegate Valleys or the shared Columbia Gorge AVA up north with Washington.

There are over 50 grape varieties grown in Oregon–yet we really only hear about 1 to 3 of them. Sure the producers in prime Pinot country with blessed vineyards on Jory and Willakenzie soils, have a good gig right now. But the countless small wineries in other areas of the state trying to promote and sell their non-Pinot wines are facing an uphill battle.

Does Washington State really want to  be associated with just one grape variety? With more than 70 different grape varieties, why limit ourselves?

As a Washington wine lover that adores the bounty and bevy of fantastic wines like Viognier that can compete with great Condrieu, geeky Siegerrebe and Pinot noir from the Puget Sound, Counoise rosé that echoes the grape’s Châteauneuf-du-Pape heritage and robust Malbecs that gets your mouth watering with their savory, spicy complexity, I vote no.

We’re the Meryl Streep and Daniel Day-Lewis of the American wine industry. We can do it all and we can do it very, very well. 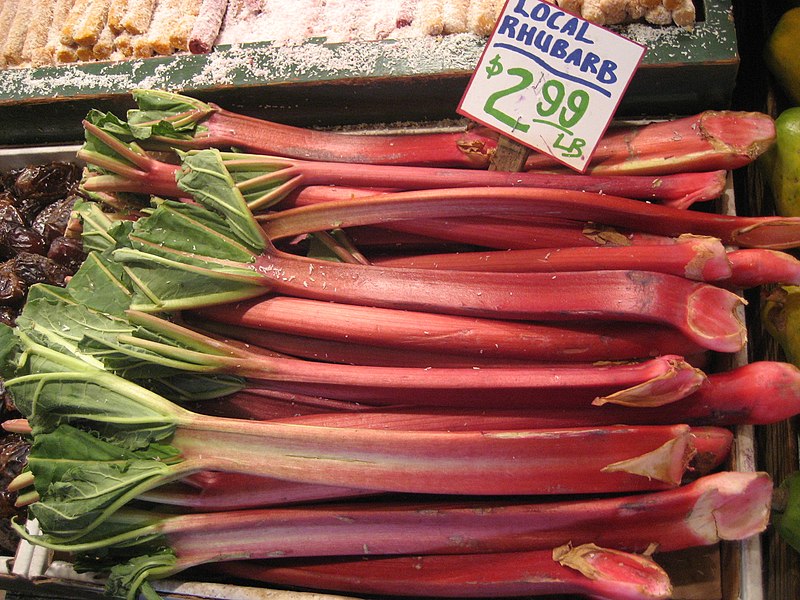